A BRAZILIAN dad claims he’s the most tattooed and modified person in the world – after revealing he has more than 1,000 tattoos including his own eyeballs. 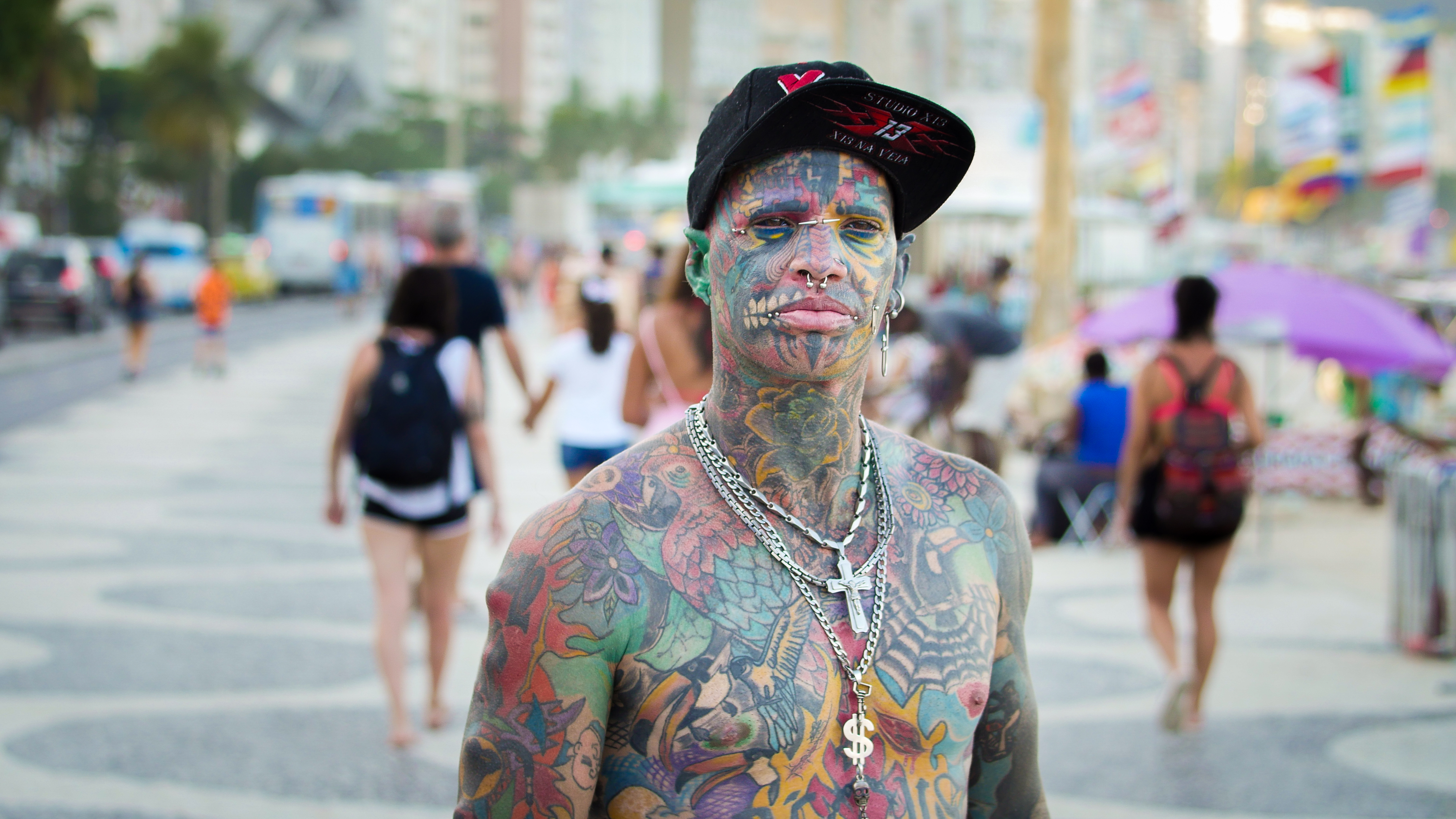 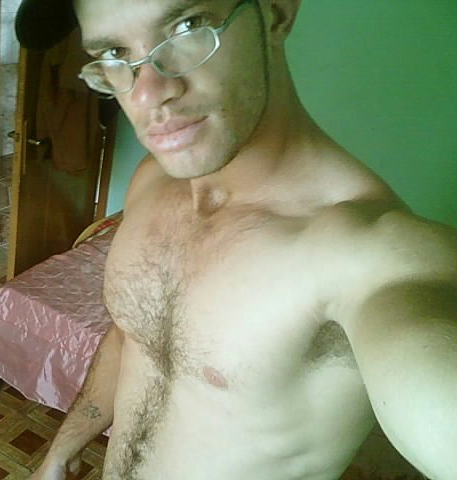 The part-time dance teacher got his first tattoo at the age of 15 which says “hip hop”.

The dad of two told Barcroft TV: “I have become an exhibition of my own body as art.

“There are many people who ask, ‘Aren’t your children scared of you at all?’ I say no, because they have already grown up with me in the way in the way that I am.’

Marcelo has did most of his 1,000 inkings himself and even tattooed his own eyeballs.

He said: “One day I was at home, I went into the bathroom and headed to the mirror, took a syringe and took the ink, and managed to make a perforation.

“I then injected a bit of ink. At 7 o’clock when night arrived the ink had taken hold of the whole eye socket.”

He has since went on to get silicone implants in his arm and has fanged teeth – which he claims does not affect kissing.

His girlfriend Liliana has supported all but one body modification Marcelo plans on getting – where he will cut his cheek to extend his mouth opening and then add a zip so he can open and close it.

Liliana said: “The only thing that I know for sure is that he is a marvellous human being. His friends say the same and family members as well.

“Nothing to do with the preconceptions that people have about him.”

Marcelo said he doesn’t regret any of his tattoos or those who have an opinion on him.

He said: “Certain people come up to me, they go on saying that I am committing sins and that when I die, I won’t be going to heaven, that I look like a devil.

“But for me it is all good and well, I don’t get upset with much of anything, I am fine with it.”

He recalls: “One time when we were all watching TV, and a tattooed man appeared on the show –at the time he was the most tattooed in the world – and my mother turned to me and said, imagine if you turn out like that one day.” 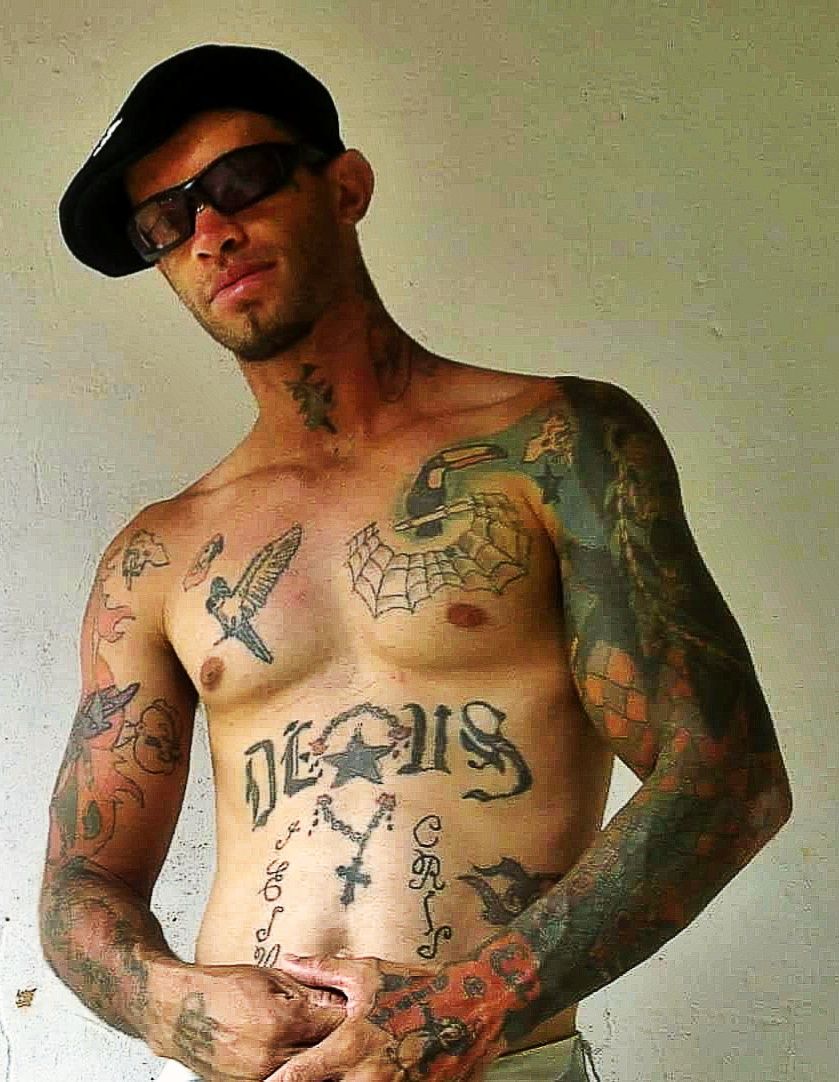 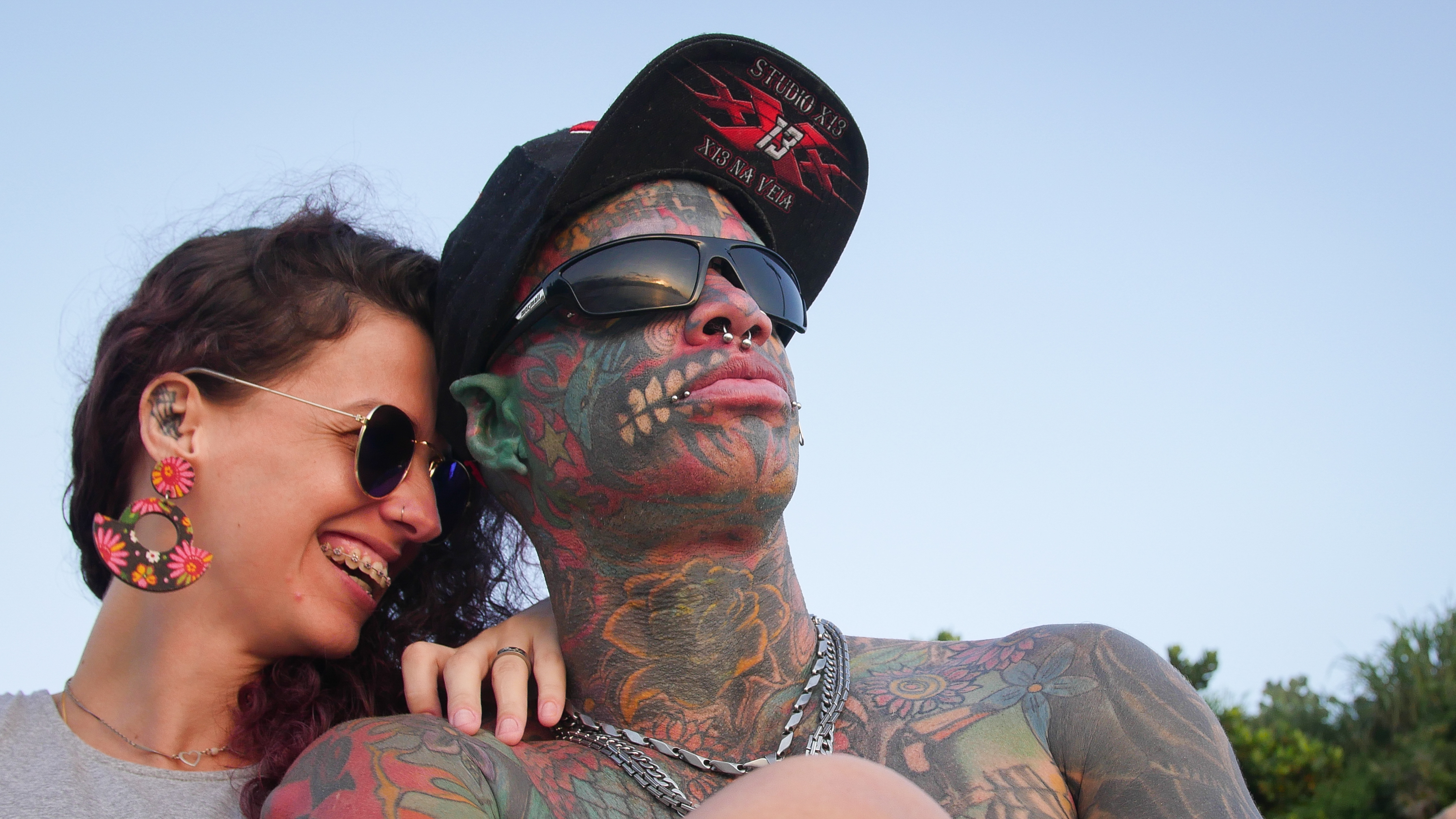 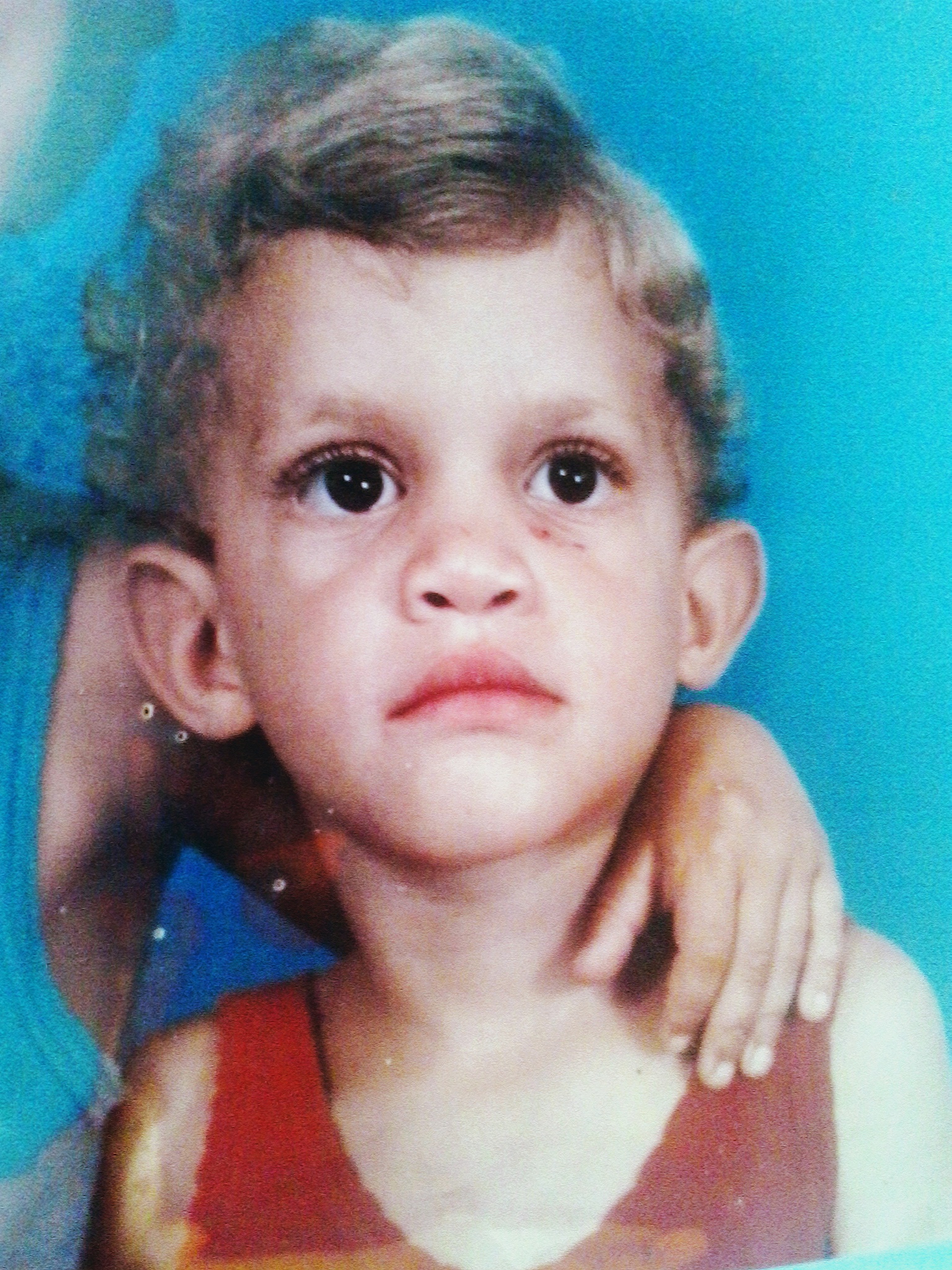 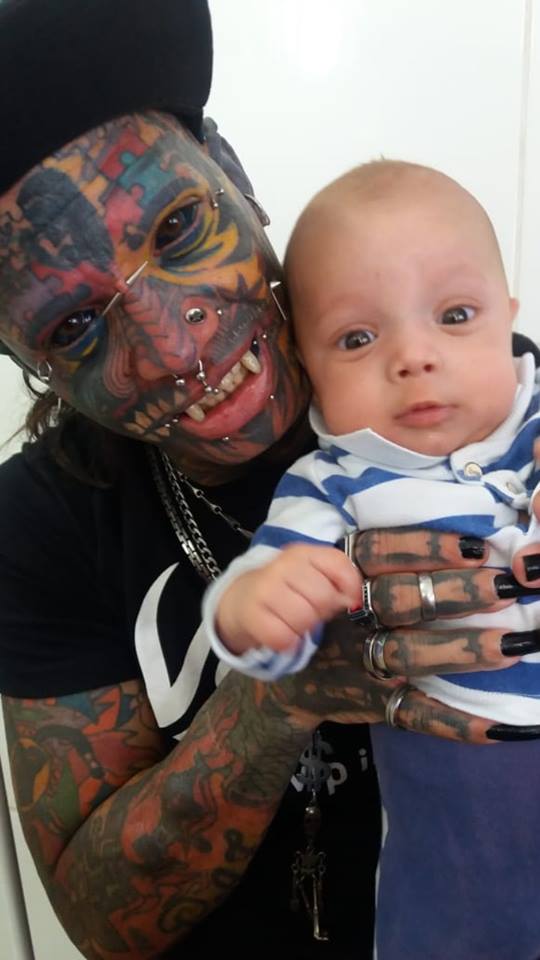 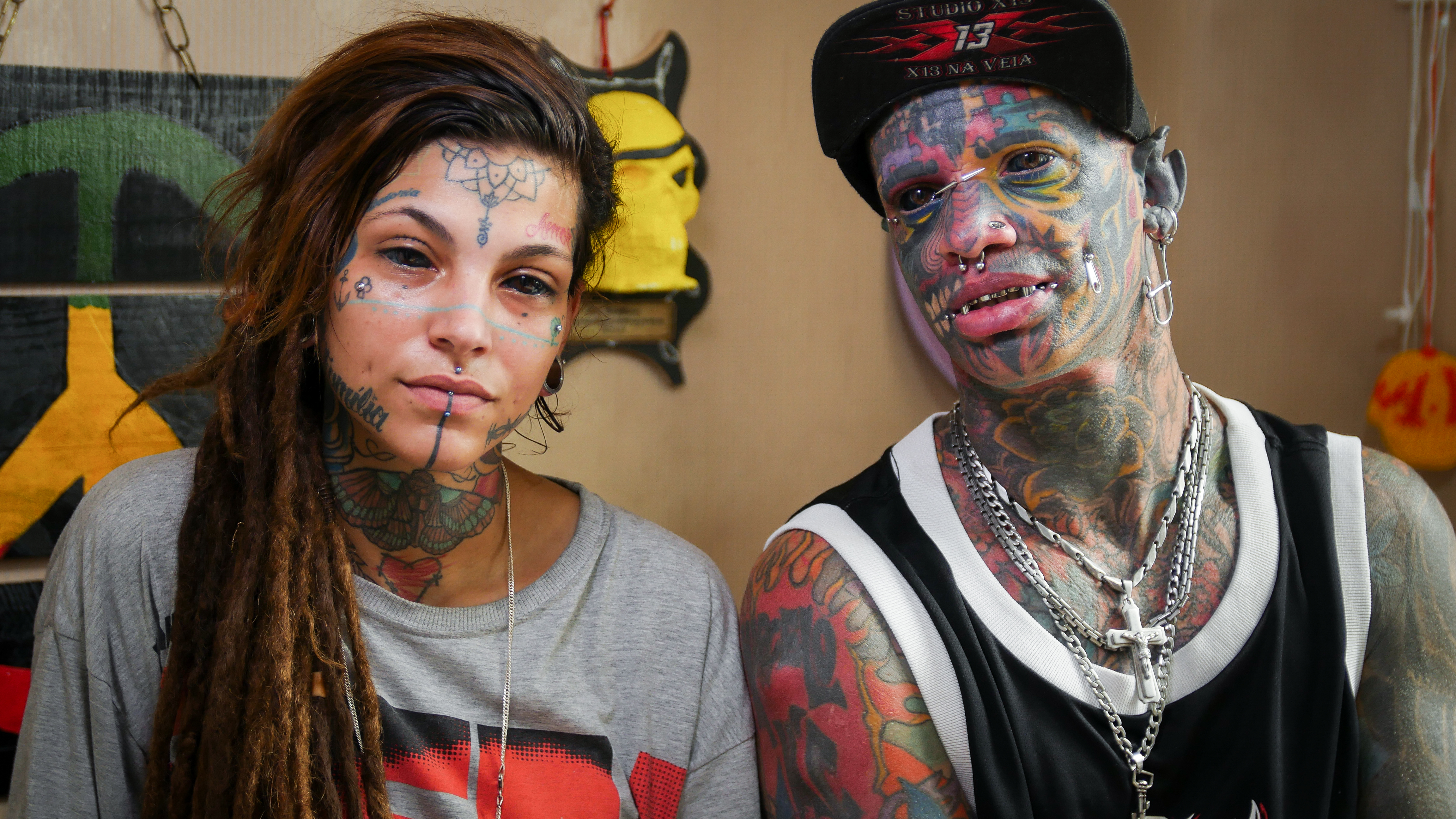 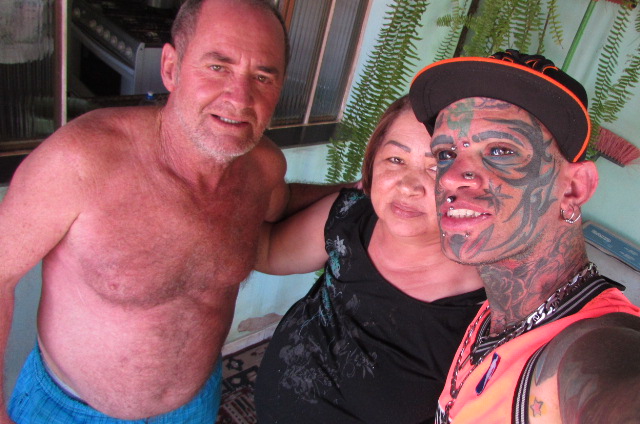 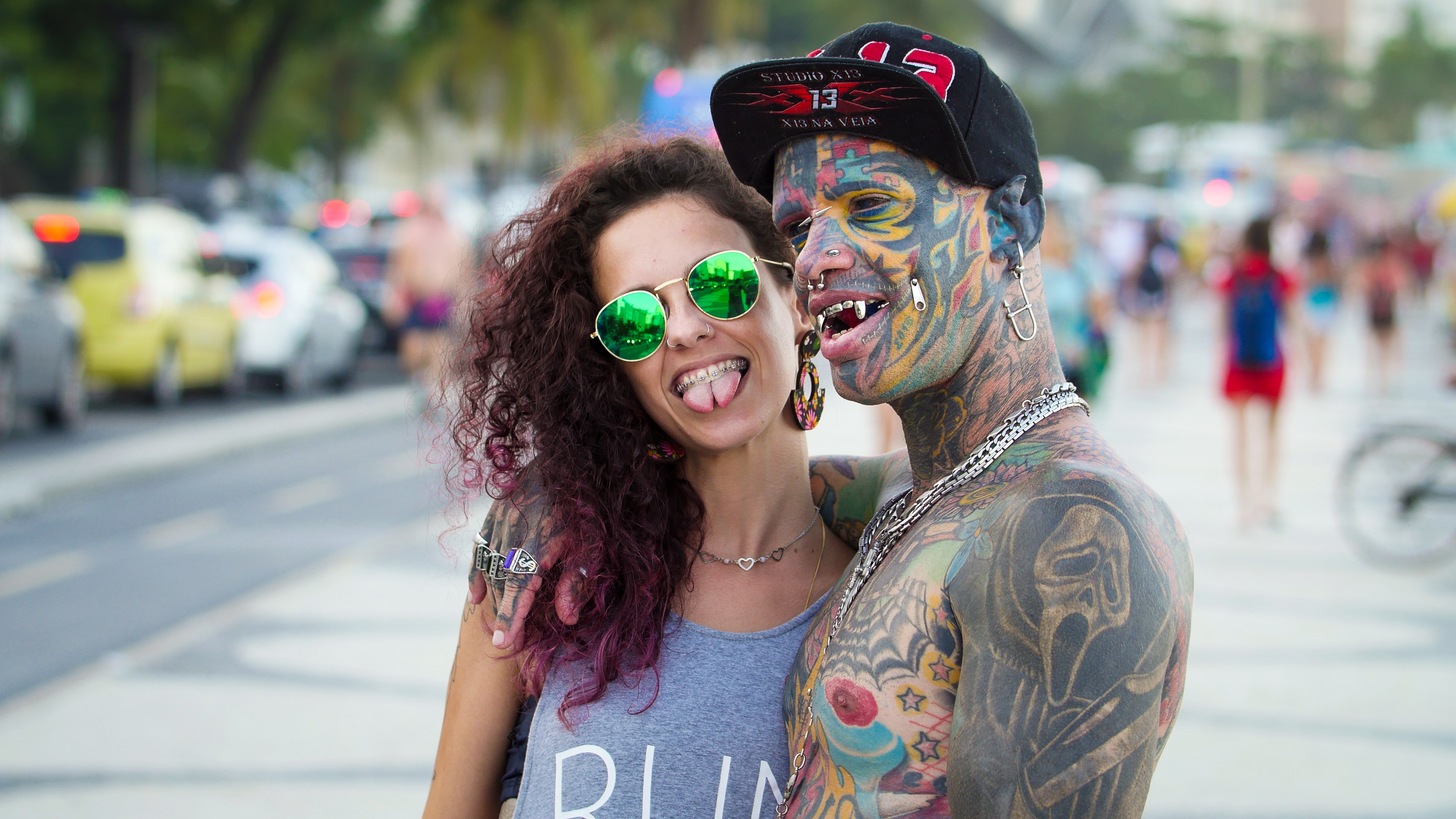 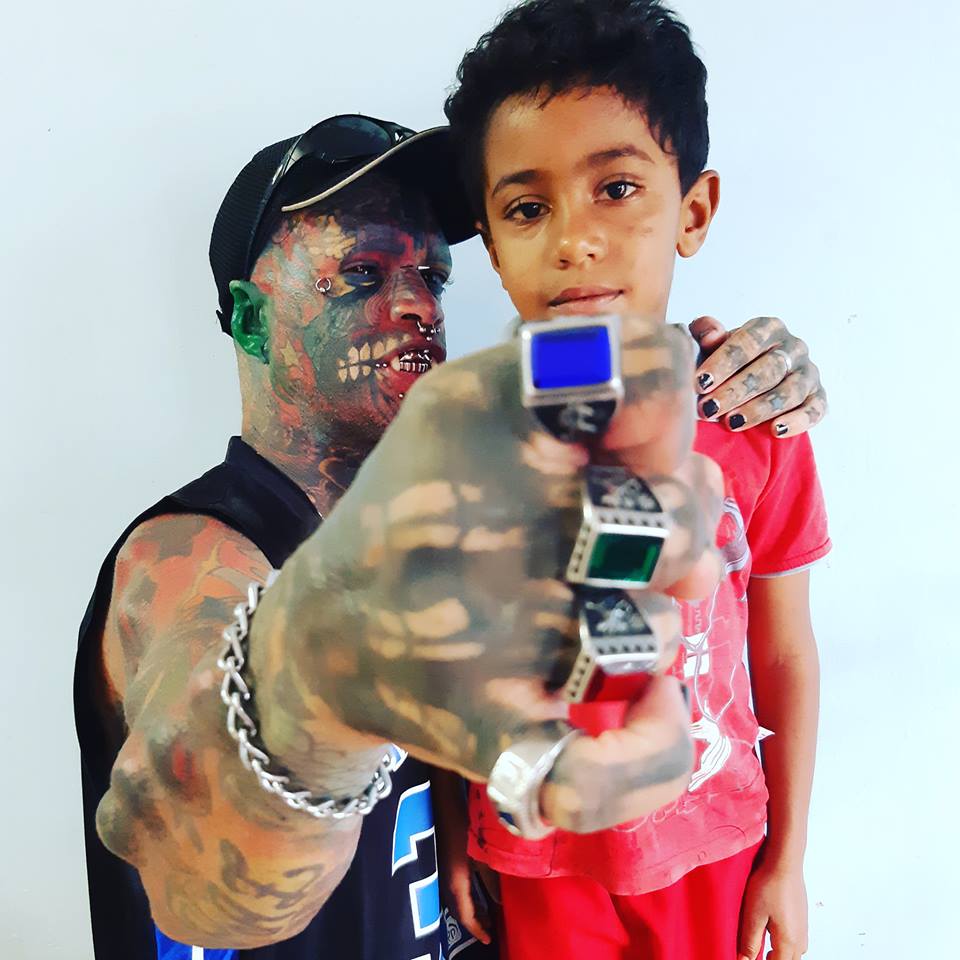