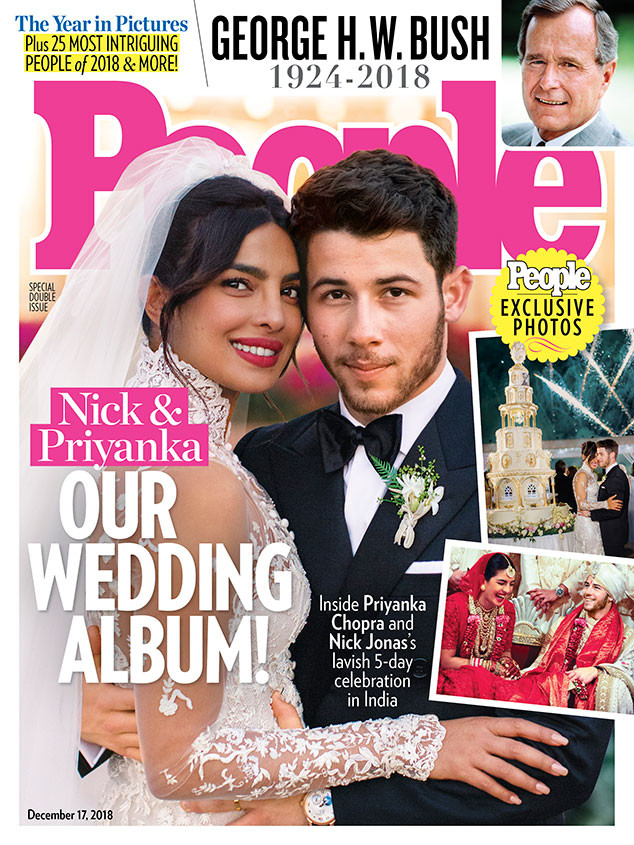 And they lived happily ever after.

Such should be the caption for Priyanka Chopra and Nick Jonas‘ newly unveiled wedding portraits. After a whirlwind wedding weekend in India, finished off with a Western ceremony and Hindu ceremony, the Bollywood beauty and the pop star are officially husband and wife. Thanks to the images published by People on Tuesday, we now have a front-and-center seat to the bride and groom on their big days.

As shown in the pictures, the blissful pair sported different ensembles for each of their ceremonies. On Saturday, the two were dressed in custom Ralph Lauren—Chopra in a stunning white column gown embellished with sequins and overlaid with a hand-embroidered high-neck coat featuring significant words picked by Chopra, like “family” and “hope,” according to the brand. The bride finished off the look with a 75-foot veil and a bouquet of tuberoses, according to People.

As for the famous groom, he sported a classic double-breasted black tuxedo. Per the brand, a piece of the bride’s dress was featured inside the lapel of Jonas’ jacket over his heart, hand-embroidered with “My Jaan,” which means “My Life.” All together now: Awwww!

“The emotions were running high during the ceremonies, I think especially during the Western wedding for me,” Jonas told People. “You know you think your whole life about that moment. Honestly, I could not have imagined it would be as perfect as it was. It was highly emotional.”

The next day, the couple became Mrs. and Mr. once again at the Taj Umaid Bhawan Palace in Jodhpur, located in the Quantico alum’s native country, India. For the event, the star stunned in a traditional red Indian wedding outfit by Sabyasachi.

According to the designer, her custom lehenga was hand-embroidered with hand-cut organza flowers, French knots and red crystals by 110 embroiderers from Calcutta and took 3,720 hours to create. Plus, what bride doesn’t love some jewels on her wedding day? Per the designer, Chopra’s wedding jewelry featured uncut diamonds, emeralds and Japanese cultured pearls in 22 karat gold as well as tiny, whimsical stars in uncut diamonds. 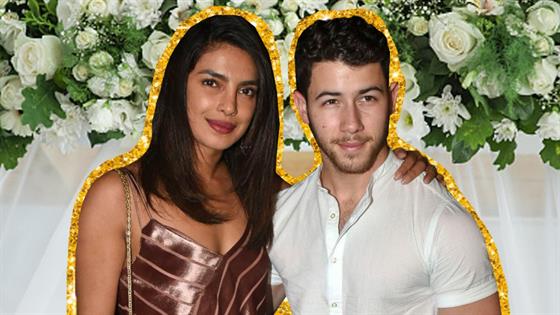 The “Close” singer was dressed in a hand-quilted silk sherwani and a hand-embroidered chikan dupatta with a chanderi tissue safa on his head. He accessorized with a rose-cut kalgi and diamond necklace also by Sabyasachi and Christian Louboutin gold shoes.

While the couple certainly looked breathtaking, it was the weight of the lifetime moment that truly took their breath away. “It was all tears. All tears,” Chopra told People. “I could not hold it in. I think I was nervous and scared. But as soon as the curtains opened, and I saw his face it was just like everything settled and I knew I was making the best decision of my life.”