Talk about ending on a high note.

Just before announcing their split, Kristin Cavallari and Jay Cutler had gone on a family vacation to the Bahamas, spending three weeks together with their three children.

With a source telling E! News “that their marriage has been over” for some time now, it seems this trip served as a final vacation together before announcing their decision to divorce after almost seven years of marriage.

But Cavallari and Cutler are far from the first celebrity couple to go on one final vacation together before parting ways, with Brad Pitt and Jennifer Aniston infamously being photographed embracing on a beach just days before their shocking split and Ben Affleck and Jennifer Garner going on their annual family vacation after announcing their separation.

Here are some celebrity couples who took intimate vacations together and enjoyed some fun in the sun just before announcing their separation…and some who even vacationed together just after making the news official. 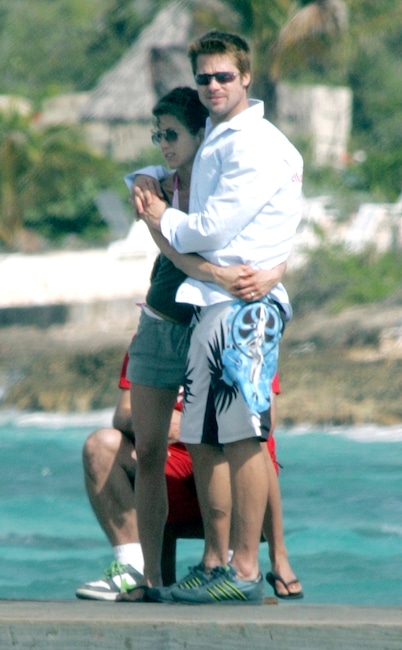 After months of endless speculation about the state of their marriage and rampant rumors of an affair with his Mr. and Mrs. Smith co-star Angelina Jolie, Hollywood’s It couple was photographed embracing on the beach while on a New Year’s vacation in the Bahamas with good friends Courteney Cox and her then-husband David Arquette.

But just days later, on Jan. 7, Pitt and Aniston announced in a joint statement that they were separating, a breakup that would kick-start one of the biggest and most enduring gossip stories in Hollywood history.

“We would like to announce that after seven years together we have decided to formally separate. For those who follow these sorts of things, we would like to explain that our separation is not the result of any of the speculation reported by the tabloid media. This decision is the result of much thoughtful consideration,” they said. “We happily remain committed and caring friends with great love and admiration for one another. We ask in advance for your kindness and sensitivity in the coming months.” 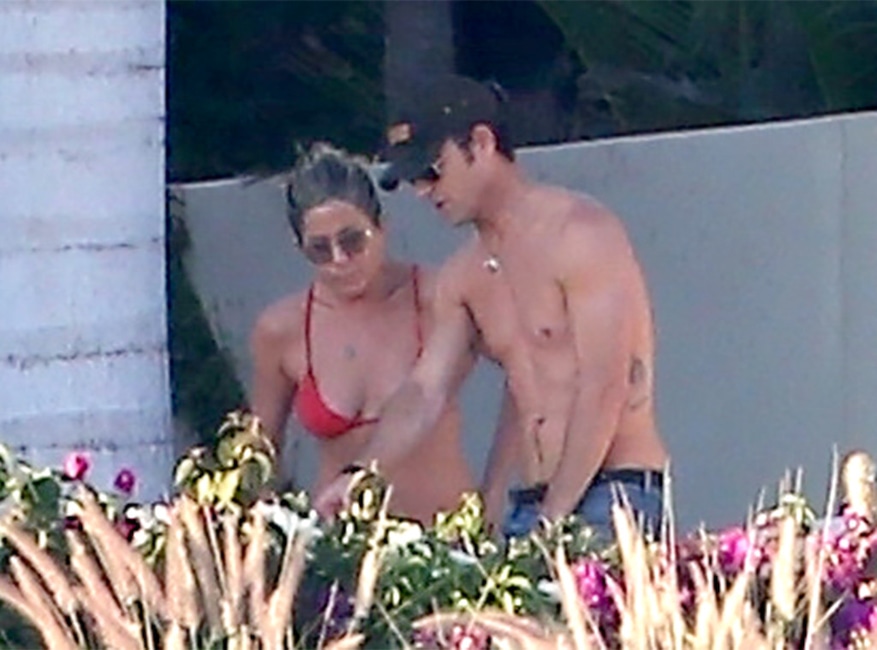 Maybe there’s something about a new year?

In honor of the holidays and New Year’s Eve, the duo traveled to Cabo San Lucas for what would end up being their last vacation as a married couple.

After ringing in 2018 together, Aniston and Theroux released a statement confirming their split after less than three years of marriage the following month.

The vacation would end up being the last time the couple was photographed together before news broke of their separation. 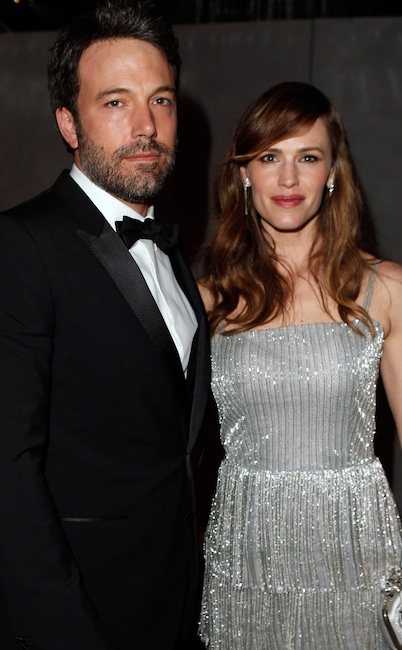 Just two months after officially filing for divorce in 2017, Affleck and Garner still made sure to spend quality time with their three children together, taking a family vacation to Baker’s Bay.

“Ben and Jen took a family vacation with other family friends,” an insider tells E! News. “There was never any question that Ben would be there. All the dads went along, and it would have been strange for the kids not to have their dad there.”

At the time, our source told us Affleck came for the last few days of the trip, with the insider explaining, “The kids spent a lot of time on the beach swimming and playing in the sand with their friends.”

And two years prior, the family also visited the same spot after Affleck and Garner announced their separation, which was an annual trip.

“It’s an annual tradition for them when the kids get out of school to come for a long vacation,” our source explained. “It’s very relaxing, and they can feel like they’re on island time with nowhere to go and nobody they need to see.” 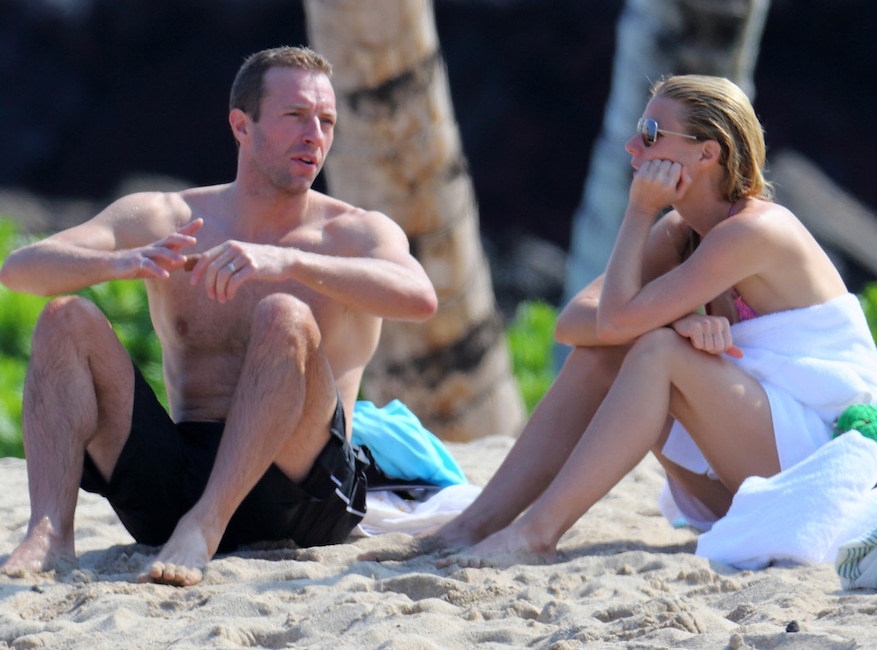 Before the Goop founder infamously coined the term “conscious uncoupling” in their divorce announcement, Paltrow and the Coldplay frontman enjoyed a New Year’s vacation to Hawaii with their kids Apple and Moses, ringing in 2014 as a family.

The vacation came just after their 10-year anniversary…and just weeks before they would announce they were separating, releasing a joint statement. “We are, however, and always will be a family, and in many ways we are closer than we have ever been.”

And that have proven that, enjoying dinner together in the Bahamas just hours after she posted the news of their split, and often going on family vacations over the years, including Martin joining Paltrow on her honeymoon after marrying Brad Falchuk in 2018.

“It was a very modern honeymoon,” Paltrow later said on Live With Kelly and Ryan, adding the trip had “just great conversation and lots of kids. It was great. We had such a good time.” 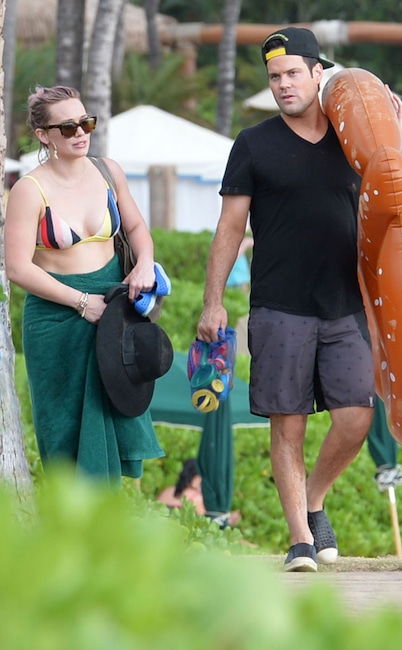 One week after their divorce was finalized in 2016, the Lizzie McGuire star and the NHL player went on a vacation to Hawaii with their then-three-year-old son, Luca.

“Modern family vacation,” Duff captioned a photo of the trio from the vacation in an Instagram post at the time.

“We have such a great kid, and we’re both so obsessed with him,” Duff had previously told Ellen DeGeneres of their co-parenting. “We are good friends and we laugh a lot and we have a great communication….we are great and we keep on trucking.” 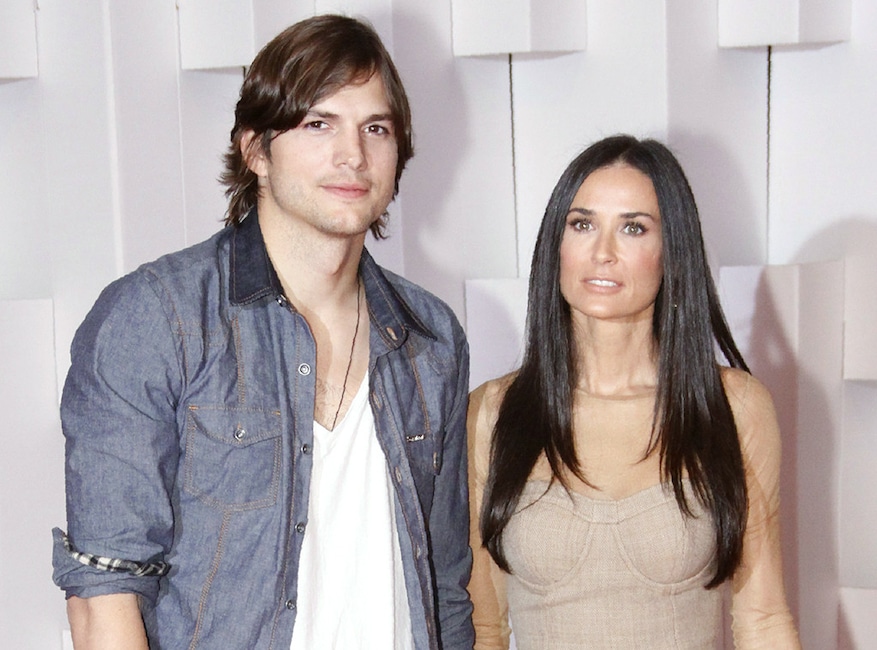 Following allegations that Kucher had cheated on Moore on their sixth wedding anniversary, the couple was photographed on a camping trip at Cachuma Lake in California’s Santa Ynez Valley in 2011, enjoying time around a campfire with his brother, Michael, and celebrity florist Eric Buterbaugh (who was responsible for the floral arrangements at their wedding six years earlier).

Just one month later, however, Moore announced their breakup, with Kutcher ultimately going on to file for divorce in December 2012. 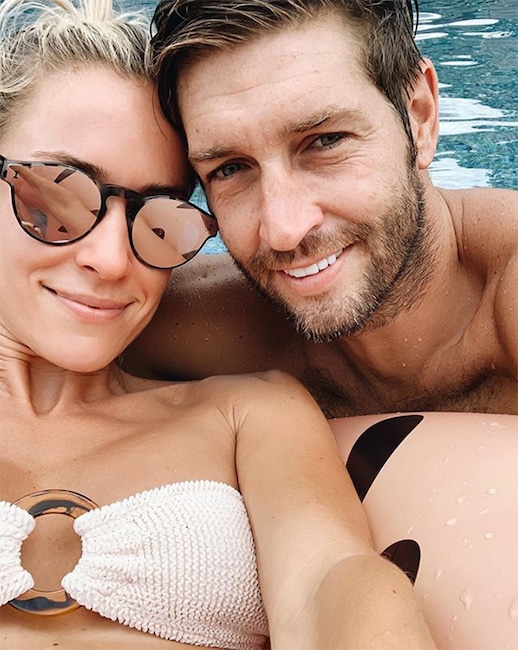 In late April, the Very Cavallari star and the former NFL quarterback announced they were divorcing after 10 years together, with Cavallari writing on Instagram, “We have come to a loving conclusion to get a divorce…this is just the situation of two people growing apart.”

But just weeks before their announcement, the pair enjoyed a vacation to the Bahamas, where they spent three weeks with their three children after the Bahamian government issued a lockdown ordinance after COVID-19 cases were reported.