She helped give pulse to the movement’s anti-establishment credo, dressing musicians like Debbie Harry of Blondie and James Chance and becoming a downtown “It girl.” 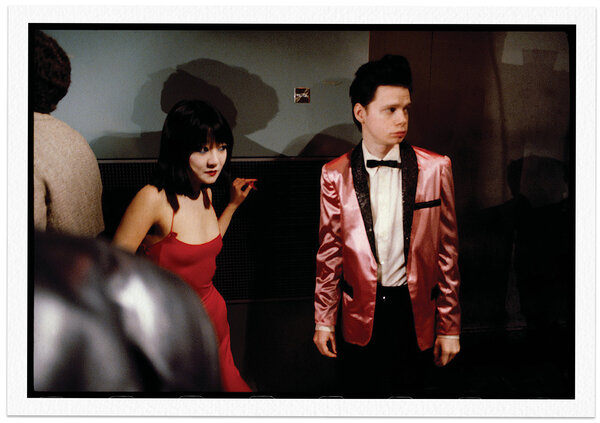 This article is part of Overlooked, a series of obituaries about remarkable people whose deaths, beginning in 1851, went unreported in The Times.

In the 1970s, Anya Phillips left Taiwan to forge a fashion career in New York City, showing up in a burgeoning downtown punk scene in what would become her signature dress, an eye-catching piece made of electric blue spandex that laced up the front. When she paired it with stilettos and a full-length fur coat, she exuded a slinky glamour that would make her the “It girl” of Lower Manhattan’s night clubs.

New York at the time was on the brink of bankruptcy, overwhelmed with neglect and crime. But rent was cheap and amid the decay, designers, artists, musicians and filmmakers formed collaborations, making art and meeting up at rock venues.

“Arriving there and finding this incredible creativity happening in this kind of grimy downtown scene — she instantly got it,” said Sylvia Reed, a close friend and the former wife and manager of the Velvet Underground’s Lou Reed, in a phone interview. 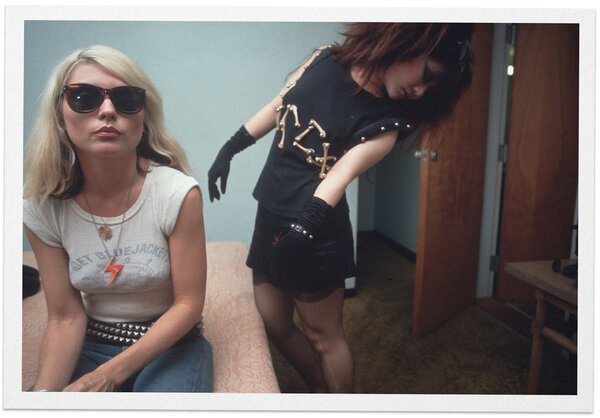 Phillips mingled with artists like the Ramones and Iggy Pop and styled musicians in garments that suited their sensibilities and colored their rock personas. She designed the pink dress that the singer Debbie Harry wore on the cover of Blondie’s “Plastic Letters” (1978) and dressed James Chance and the Contortions in 1950s-era suits and ties that helped define the aesthetic of no wave, a nihilistic subgenre of punk rock.

Phillips’s plans were always bigger than the punk scene. She talked with Reed about wanting to translate her designs into her own fashion label, but expressed concerns that conventional avenues to fame might be challenging for her, particularly as an Asian immigrant.

“She was always up to something, designing clothes, drawing sketches,” said James Chance in an interview with the website Vacant. “I really think if she was still alive, she would have become a designer. Many other people have been using her ideas.”

Phillips is believed to have been born in Taipei in February 1955. Her mother, Bi Li-na, grew up in Beijing and left for Taiwan around the time of the Chinese Communist Revolution; her father was a soldier in Chiang Kai-shek’s army. They separated when Anya was a child. Later, her mother married Wade Phillips, an American Army colonel, with whom she had a son, Kris, who became known as Fei Xiang, one of China’s biggest pop stars in the 1980s.

As a teenager at Taipei American School, Phillips spent hours sketching clothing designs and showing them off to Reed, her high school classmate (then Sylvia Morales). Although Phillips could not sew, she had her garments handmade by local tailors, which likely sharpened her own instincts in detailing, cut and fit.

Phillips moved to Manhattan in 1974 after graduating high school, and Reed soon joined her.

She aspired to make a name for herself as a fashion designer in New York City, with Reed as a sort of sidekick. “She had this picture in her mind of how she wanted her life to be and I was to fulfill this role for her as her confidante, best friend, and trusted companion,” Reed told NBC in 2016.

By then, Phillips had already realized that the traditional path was not for her. She was awarded a full scholarship to Parsons School of Design but dropped out days into her studies, finding she lacked the discipline for structured coursework.

Instead, she rooted herself in the punk scene — merging the underground culture with the mainstream fashion she’d grown up admiring — and quickly became as known for her cutout, form-fitting dresses as she was for her eclectic style.

“She had a very clear idea of becoming an influential trendsetter in New York,” Reed said, “and she was that.”

Harry, who befriended Phillips through the scene, asked her to design her dress for the cover photo of “Plastic Letters.”

“You know, there’s people that you meet and you understand them and they understand you sort of instantly,” said Harry in a phone interview. “We shared a similar kind of sense of humor.”

Phillips was also an artist, photographer and actress in underground films. She interviewed Paul Simonon, bassist of The Clash, and contributed photos for Punk magazine. And she appeared in the fumetti-style illustrated photo comic “The Legend of Nick Detroit” among an ensemble cast of New York punks. Later she co-founded (with the publicist Steve Mass and the artist Diego Cortez) the Mudd Club in Tribeca, a mash-up nightclub and venue where artists and scenesters gathered for a taste of the avant-garde.

By the late 1970s, she began managing James Chance and the Contortions, which played a blend of punk, funk and jazz. Before long she and Chance began dating.

At the time, no wave offered few fashion templates. Acting as a kind of creative director, Phillips sought to create a loud aesthetic that complemented the group’s sound. She dressed Chance in sharkskin suits and styled his hair into a pompadour — a retro-inspired look that reflected the band’s own fusion music.

She acted as a promoter for the band, generating the buzz that helped take James Chance and the Contortions from an opening act to a headlining band.

“She had a lot of credibility with the other people on the scene who might have been dubious about me,” Chance said in a phone interview, adding, “She didn’t want me to stay an underground thing that only a few SoHo artists like.”

Chance and Phillips were preparing to record a demo for a sci-fi disco album she conceptualized when she learned she had cancer.

Her death two years later was noted in a brief obituary in Rolling Stone.

Through the people who know her work, Phillips’s ideas have endured. Harry wore another of her designs on the cover of her solo single “Rush Rush” (1983). Some years after that, Phillips’s blue lace-up dress was one of the inspirations for an Anna Sui collection. To this day Phillips is regarded by her contemporaries as one of the designers who defined punk fashion, along with Vivienne Westwood.

Her story is being made into a documentary, a film that will star a young woman who helped give a cultural movement its pulse.