Listen up because Pete Davidson has something to say.

The SNL star, who famously got engaged to Ariana Grandein June before their split four months later, has spoken up about the bullying he’s faced online and in person for the last nine months.

“I’ve kept my mouth shut. Never mentioned any names, never said a word about anyone or anything,” his public statement, posted to Instagram on Monday, began. “I’m trying to understand how when something happens to a guy the whole entire world just trashes him without any facts of frame of reference. Especially in today’s climate where everyone loves to be offended and upset it truly is mind boggling. I’ve been getting online bullied and in public by people for 9 months.”

As the 25-year-old comedian’s candid message continued, “I’ve spoken about BPD [bipolar disorder] and being suicidal publicly only in the hopes that it will help bring awareness and help kids like myself who don’t want to be on this earth.”

Before signing off, Davidson concluded, “I just want you guys to know. No matter how hard the internet or anyone tries to make me kill myself. I won’t. I’m upset I even have to say this. To all those holding me down and seeing this for what it is – I see you and I love you.”

A week after news of their breakup broke, Davidson made his first public appearance co-hosting a comedy show in West Hollywood, where he tried to make light of the situation. “Well, as you could tell, I don’t want to be here. There’s a lot going on,” Davidson told the crowd. “Does anybody have any open rooms? Looking for a roommate?” 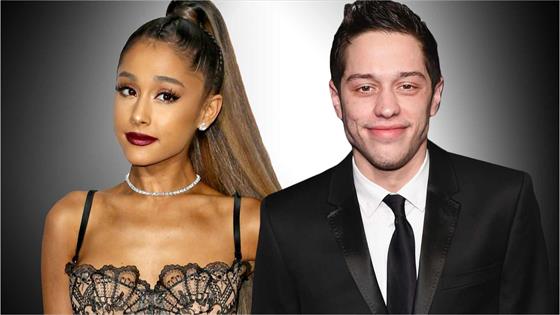 Meanwhile, Grande has channeled the experience in her newest work, namely her hit single, “Thank U, Next,” and accompanying record-breaking music video. In the song, she name-dropped the SNL cast member as well as her other famous exes in the hit track.

“Thought I’d end up with Sean/But he wasn’t a match/Wrote some songs about Ricky/Now I listen and laugh/Even almost got married/And for Pete, I’m so thankful/Wish I could say, ‘Thank you’ to Malcolm/’Cause he was an angel,” she sings with mentions of Big Sean, Mac Millerand Ricky Alvarez.

In the ’00s rom-com-themed visual, Grande wrote notes to the guys in her own Mean Girls-inspired “burn book.” On the page for Davidson, the comments included “Sry I dipped” and “love u always.”