Prince Edward, 55, is the youngest child of the Queen and a full-time royal who is often spotted carrying out his royal duties.  He took on the title of Earl of Wessex after he married Sophie Rhys-Jones, 54, in 1999.  She then became the Countess of Wessex and the pair now have two children together, Lady Louise Windsor, 15, and James, Viscount Severn, 11.  Despite being the grandchildren of the Queen, Louise and James do not have the same titles as their royal cousins.

Prince Edward: This is why his children don’t have HRH status

Prince Edward and Sophie got married in June 1999 just months after they announced their engagement.

Four years after getting married, the couple had their first child, Lady Louise Windsor.

In 2017, they had their second children, James, Viscount Severn, and both children are the grandchildren of Queen Elizabeth II.

Some of the Queen’s other grandchildren include Prince William, 36, Prince Harry, 34, Princess Beatrice, 30, and Princess Eugenie, 29.

They all scooped the title of Prince or Princess, so why didn’t Louise and James get the same honour? 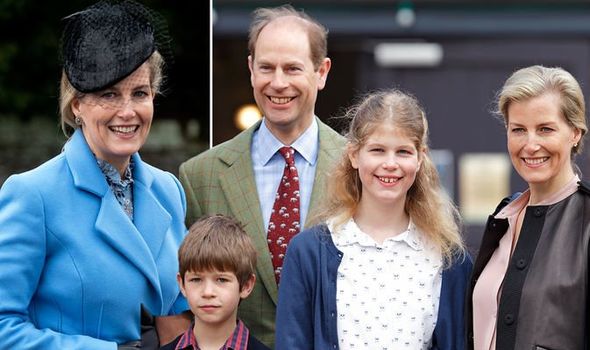 Letters patent issued in 1917 assigned a princely status to any child of the Monarch’s son’s, which would be Prince Edward.

However, when Prince Edward married Sophie, he took on the title of Earl of Wessex, reportedly by request.

At this time, Buckingham Palace released a statement to say any children they would have would be titled as the children of an Earl rather than as the grandchildren of the monarch.

The title given to the children of an Earl is different which is why James and Louise have not been given the status of Prince and Princess. 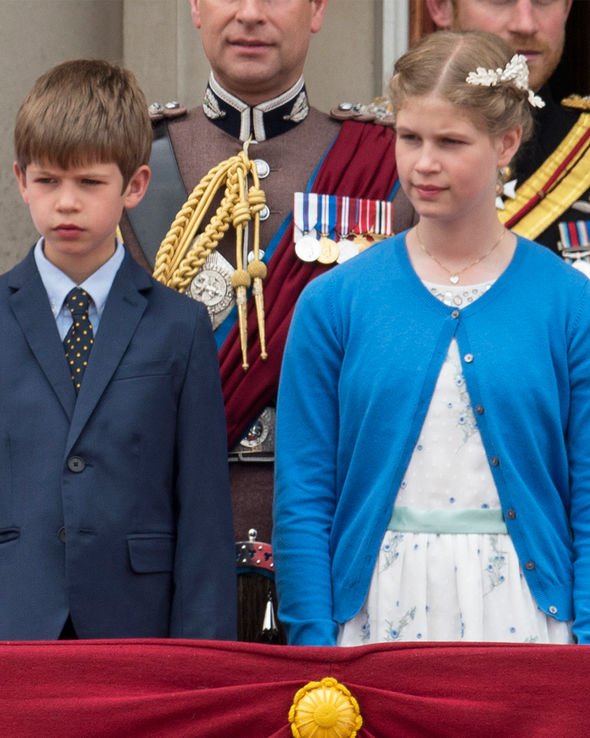 Lady Louise and James are currently attending school, and where they study has a sweet link to her Royal Family.

Lady Louise used to attend St George’s School in Windsor Castle which has a special family connection as it is right next to where her parents married and also by the Queen’s home.

Although it is not known exactly where James goes to school, it is likely he went to St George’s School too, a mixed-sex school.

Although the Earl and Countess of Wessex usually keep quiet about their private life, they gave an insight into royal life in a 2016 interview on Sky News.

Prince Edward explained how his parents continued to work well into their 90s.

He explained how neither of them wanted to “put their feet up.”