Oh, Megs! What were you thinking?Royal Christmas cards divide our expert panel so which one would you prefer sitting on YOUR mantlepiece?

Growing rumours of a rift mean that Kate and Meghan have been described as the sisters-in-war.

And they have certainly chosen to send out Christmas cards that are striking in their different approaches.

For William and Kate, the Duke and Duchess of Cambridge, there is a traditional family scene, taken in the grounds of Anmer Hall, their Norfolk home.

Meanwhile, Harry and Meghan, the Duke and Duchess of Sussex, have sent a black-and-white portrait taken at their wedding reception in May.

Traditional warmth or seasonal glamour – which of these Royal cards would you prefer to display on your mantelpiece? 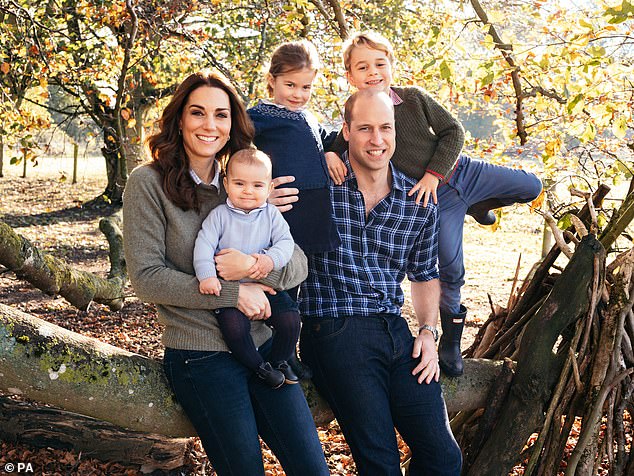 The Duke and Duchess of Cambridge with Prince Louis, Princess Charlotte and Prince George are photographed at Anmer Hall in Norfolk for their Christmas card this year

Oh, Megs! What were you thinking? This Helmut-Newton-meets-Vogue shot screams icy, untouchable. Having the nation’s favourite Prince turn his back on an adoring public – at Christmas of all times – is a terrible faux pas. It’s the parenting equivalent of sending your little one to Christmas Jumper Day in a monochrome Chanel twinset instead of a Gap reindeer sweater.

The most memorable, unusual and striking card has to be the Harry-Meghan one, a dramatic photo in black and white on what was surely the midsummer memory of 2018 – the unconventional wedding shared by millions across the globe. It is a powerful image.

Which is not to say that I don’t also greatly like the Cambridges’ card, which adds another little one to the group, full of personality – Prince Louis. That couple produces one enchanting child after another –Prince George and Princess Charlotte, both so good-looking and brimming with character and an enjoyable hint of mischief. This image is gentle and reassuring.

I find it fascinating that Meghan has picked a photo so reminiscent of the save-the-date card for her first wedding.

Surely it is something she would want to forget? 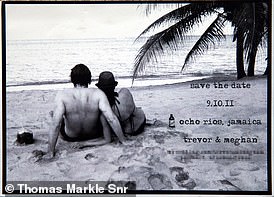 She seems to like this rear view. The Sussexes’ card is an interesting picture which shows a happy moment.

But it’s an insight into a celebration which doesn’t tell us much about the couple. It actually misses out much more than it shows.

I think that the Kate and William one is a lovely picture of a young couple with their three happy children.

They are dressed like lots of other people in jeans and casualwear.

The fact that Kate doesn’t care that Charlotte is wearing a hand-me-down makes her even closer to us.

It shows that they are not part of this throwaway society.

What better sign for the monarchy than this happy young couple?

I can’t decide which card is worse: William and Kate, in what is clearly autumn, displaying a brood large enough to perpetuate global warming, which perhaps is why there’s no snow. The pose also makes me wonder: Have they rehomed Lupo? Their smug nuclear family makes me want to push them off the log.

And as for Harry and Meghan’s, this is far too Vogue for Christmas. Harry looks wide of beam and bald, while Meghan could be anyone. It makes me wonder if this is an Alison Jackson spoof. Give me a glittery rabbit on an RSPCA card any day.

Two wonderful Princes and their charming wives showing a new beginning for our monarchy.

The two Christmas cards bounce off each other: Wills and Kate warm, traditional and accessible to everyone, set against Harry and Meghan’s stylish picture showing an inside glimpse into their Royal world – personal, romantic and explosive. They are taking the Royals into celebrity glamour – very silver screen. Inspired by Meghan, I’m sure.

I prefer the William and Catherine one. I think the family picture is terrific – it is very relaxed. I think the other one is a bit dark. It’s almost like they are turning their backs. I don’t think it’s a Christmas card but that was their wish. I think the Cambridge one is delightful.

Jo Elvin, editor of You magazine

OK, well, Louis has stolen the show for me. I’m a sucker for babies. The Cambridges’ card is warm, relaxed and nods to the future.

In contrast, Harry and Meghan’s looks a bit like the generic ‘posed by models’ photo that comes when you buy the frame.

If I am honest, I’m not a fan. I don’t like the (very American) habit of sending Christmas cards with family pictures on them. This is the most important date in the Christian calendar and, as a Christian family, I think their cards should reflect the birth of Christ in some way and not be a photo opportunity. 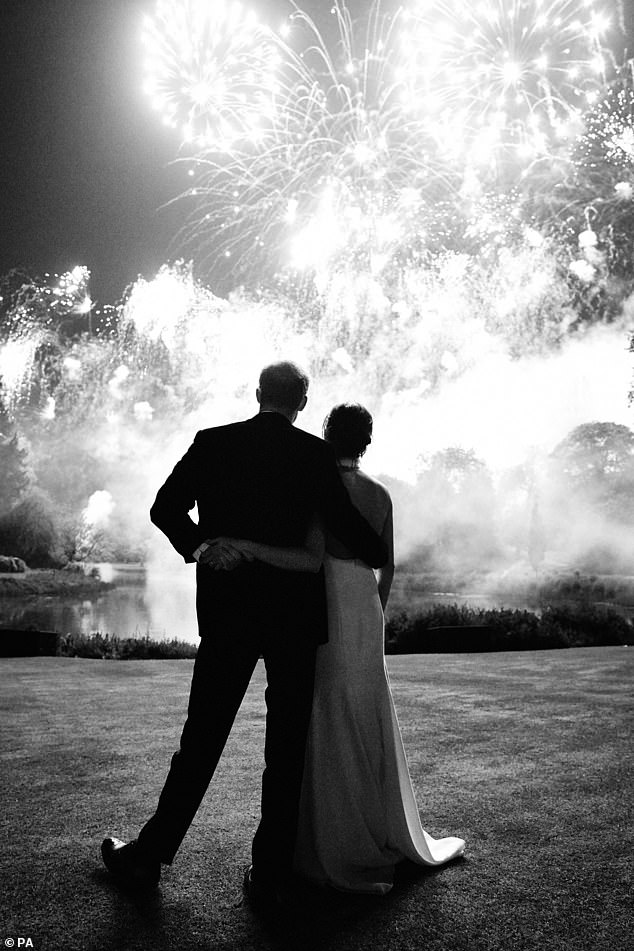 I far prefer the Cambridges’ family shot. They look nice, fresh and smiley and their children are extremely sweet. The Sussexes’ card, by contrast, looks as if it has been lifted from a brochure advertising high-end destination weddings.

In the picture, they are quite literally turning away from the rest of us, gazing at fireworks that would have cost hundreds of thousands of pounds and it all feels a bit, well, smug.

With their relaxed and easy smiles for the camera the Cambridges’ Christmas card wouldn’t look out of place in a Boden catalogue. The moment, captured in the late autumn sunshine, gives a rare insight into the family’s home life, which is why I love this candid and unpretentious picture.

Competing with them was always going to be impossible, so I don’t blame Harry and Meghan for choosing something so completely different. Dramatically shot in black and white and with fireworks lighting up the night sky, the image is both stylish and beautiful, but best left to the cover of a glossy magazine.

The Cambridges’ card is delightful. Everybody loves seeing pictures of children at Christmas and every one will love the picture of Louis in particular. The Sussexes’ is certainly beautiful but I have my doubts – giving only the back view doesn’t give out the Christmas message at all.

I like them both in different ways. William and Kate’s card broadly follows the Royal pattern, lovely and informal though it is, while Harry and Meghan’s card is quite dramatic and showbizzy.

It is becoming increasingly clear William is following the path expected of one directly in line to inherit the throne, while Harry is on a different trajectory.

The fact that he and Meghan have chosen to have their backs to the camera feels like a reflection of the difficult relationship he’s had with the media and the public aspect of his position. It suggests that he is going to defend his privacy: he will let you in so far but no further.

If I had to make a choice I prefer the Cambridges’ more traditional Royal Christmas card shot. It is a relaxed photo of family happiness. Christmas is all about children and I love the mischief expressed in George’s face in particular.

The Sussexes’ photo again reveals Meghan doing things a little differently. It shows them as a very solid couple, very much in love.