How much MORE of Britain will be boarded up now? Decision to cancel the November budget shows the grave economic uncertainty we now face, writes ALEX BRUMMER

The Chancellor’s emergency decision to cancel the November budget and instead unveil a new winter plan today to preserve jobs and support enterprise is an indication of the grave economic uncertainty this country now faces.

Uncertainty made far worse by the Government’s latest measures to contain the pandemic.

Rishi Sunak’s surprise autumn package, which comes after his July ‘Plan for Jobs’, shows that amid the havoc wreaked by Covid-19 and the Government’s cautious response to rising infections, the Chancellor is having to make decisions on the hoof irrespective of their financial and economic consequences. 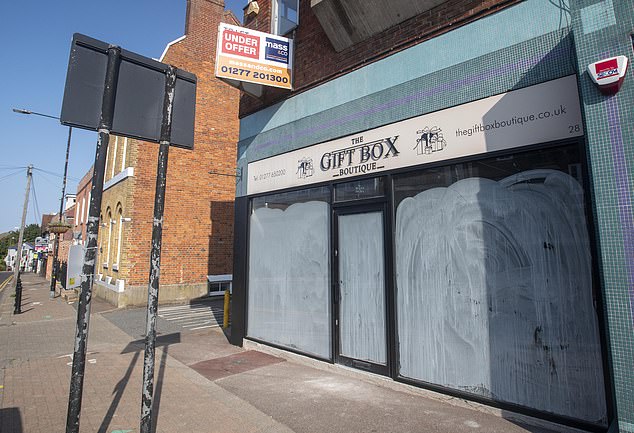 This shop in Billericay, Essex has closed its doors since the coronavirus pandemic hit 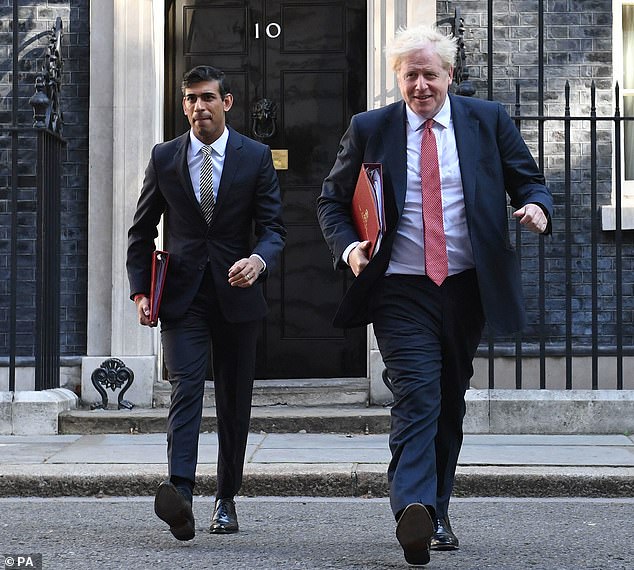 Chancellor of the Exchequer Rishi Sunak (left) and Prime Minister Boris Johnson leave 10 Downing Street, for a Cabinet meeting to be held at the Foreign and Commonwealth Office (FCO) in London, ahead of MPs returning to Westminster after the summer recess

Just a few weeks ago the big debate was about whether the time was right for raising taxes in the budget.

But now, with the new clampdown on the hospitality sector and office working, any plans he had to deal with the ballooning budget deficit and debt have been put on hold until next year.

Sunak is having to reach deep into his bag of tricks to prevent the economy going back into lockdown.

It is the second time in a year that a Chancellor has been forced to postpone the budget.

This time, the cause of the postponement is more chilling. The uncertainty caused by the Prime Minister’s doom-laden response to the virus this week has sapped business confidence and caused huge sectors of the economy – particularly the hospitality, sport and aerospace industries – to knock on the Treasury’s door for help. 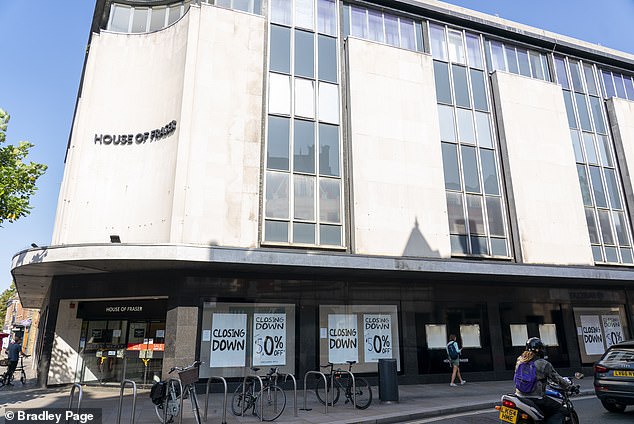 A House of Fraser store in Richmond, south west London holds a closing down sale as the cost of the pandemic bites

Without measures from No 11, vast swathes of Britain’s high streets and city centres, already desolate, risk being boarded up forever.

In making the latest batch of spending decisions, designed to keep the economy running, Sunak and the Treasury will almost be flying blind.

Most government departments still have to submit their budget plans for 2021-22 and these are likely to be outlined in a spending review later in the Autumn.

The tragedy is that there were signs of a strong bounce in the economy in the summer – it recovered almost half the output lost during the first half of the year as we caught a small glimpse of the desired ‘V’ shaped recovery. 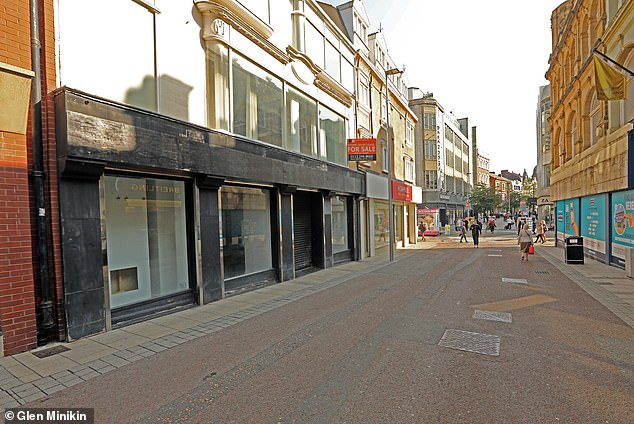 However, the combination of the end of furlough in October and imposition of new lockdown rules will deliver a devastating blow to output and jobs.

Sunak is known to be concerned that if the furlough were kept in place he would be in danger of supporting ‘zombie jobs’ that will never come back.

But he will also want to avoid a ‘cliff-edge’ in which millions suddenly find themselves out of work.

The precise direction of the public finances and the outlook for the economy will not be fully revealed until the Office for Budget Responsibility releases its twice yearly forecasts in mid-November.

What we do know, however, even before Sunak’s latest expensive package of assistance, is that Britain now faces the worst peacetime budget crisis of modern times.

Closed shop premises on King Street in Manchester city centre. Government borrowing in the current financial year is already projected to reach at least £300billion. Debt levels have reached an alarming £2trillion, which is the equivalent of a whole year of national output pre-Covid

Government borrowing in the current financial year is already projected to reach at least £300billion.

Debt levels have reached an alarming £2trillion, which is the equivalent of a whole year of national output pre-Covid.

The Chancellor has spent £35billion so far on the furlough scheme and will be anxious to make sure the money has not been totally wasted.

One possible way of saving jobs would be to replace it with a German-style support scheme under which employers put people back to work on a part-time basis and the Government makes up the shortfall in wages, allowing the economy to gather momentum.

As the country rides the coronavirus roller-coaster, all the normal rules of predictable economic policymaking have been torn up. The Chancellor is having to adopt a dynamic approach of a kind never seen before.

But whatever happens tomorrow, when the pandemic has passed, Britain will face a massive task in restoring fiscal responsibility and credibility.