Decatur, Tennessee — A school bus crashed Tuesday in eastern Tennessee, killing a 7-year-old girl and her bus driver and injuring others, officials said.

There were 22 children on the bus. Five were airlifted to a regional hospital, and two were taken by ambulance, officials said.

The bus driver, a woman, had no opportunity to stop, the THP said at a Tuesday evening news conference at Meigs South Elementary School in Decatur, according to the Chattanooga Times Free Press.

CBS Chattanooga affiliate WDEF-TV quotes Miller as saying the service vehicle “went into a side skid. The vehicle then slid into the oncoming lane of the school bus. The bus driver had no opportunity to stop to avoid the crash.” 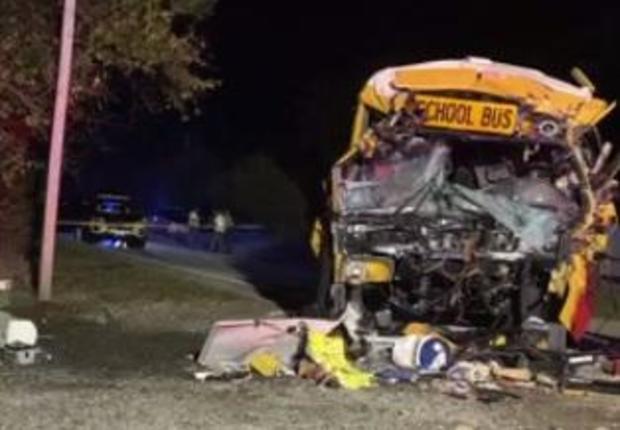 One student, a boy, was in critical condition and undergoing surgery as of late Tuesday night. No names were released pending notification of family.

Tennessee Education Commissioner Penny Schwinn said in a statement that she and the entire staff at the Tennessee Department of Education are “deeply saddened” to hear about the crash.

According to WDEF, Meigs County Director of Schools Clint Baker said, “Never in your wildest dreams do you know when you go out the door in the morning that you’ll deal with something like this. It’s hard for me. I can just imagine the way our families are feeling right now.”

The driver of the utility vehicle, from Service Electric, is being treated for minor injuries.

Authorities are investigating the crash. No charges have been filed.