A turkey farmer who supplies Jamie Oliver has revealed his top tips for cooking the perfect Christmas lunch.

Paul Kelly of KellyBronze turkeys, in Essex, whose birds are sold in the UK and US, shared his dos and don’ts for delivering a perfectly cooked turkey at a recent masterclass in London, Insider reported.

The farmer debunked many commonly held misconceptions, including why you should never wrap your turkey in tin foil after cooking. 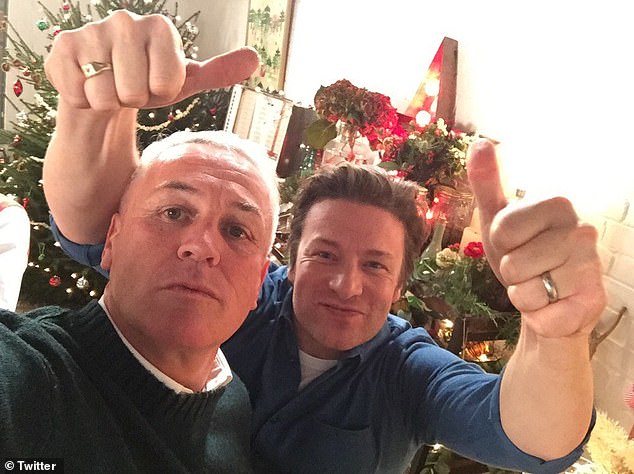 Insider secrets: Farmer Paul Kelly of KellyBronze turkeys, in Essex, whose birds are sold in the UK and US, shared his dos and don’ts for delivering a perfectly cooked turkey. Mr Kelly has long supplied turkeys to restaurateur Jamie Oliver, pictured together

He explained: ‘When it [the turkey] comes out of the oven, the thermometer says it’s cooked and it looks cooked, but we all jump on it with a sleeping bag and a load of tinfoil because we don’t want it to go cold.

‘That’s an absolute disaster because what you’ve done there is create an oven and the bird will continue to cook. 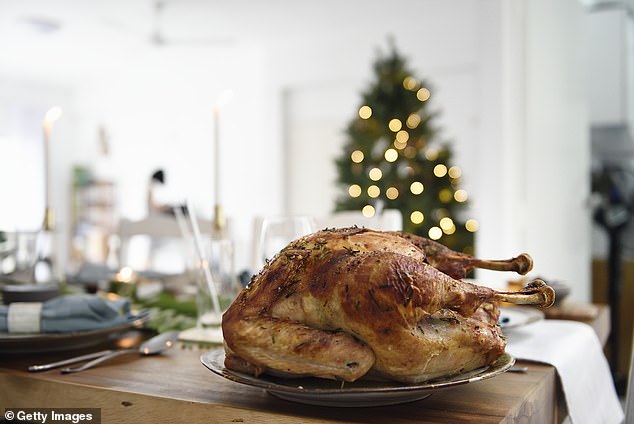 Farmer Mr Kelly debunked many commonly held misconceptions, including why you should never wrap your turkey in tin foil after cooking. Stock image

‘Indeed, when you take the turkey out and you leave the thermometer in, the temperature will continue to rise for about 45 minutes.

DO: Place the turkey breast down for the first hour of cooking. This allows fat stored in the back to seep through.

DON’T: Cover the bird in tin foil once it is out of the oven. This continues to cook the bird.

DO: Use piping hot stock to reheat a bird, rather than the oven. This avoids drying out the turkey but still raises the temperature.

DON’T: Stuff the centre of the bird as this affects its ability to cook evenly.

‘It will carry on cooking so you must never cover the bird. Put it to the side and rest it for at least one hour.’

When it comes to cooking the turkey, start with placing the bird breast down in the tray for the first hour to allow for the fat that has deposited in the back of the bird to seep through.

Breaking with tradition, Mr Kelly also said he does not recommend stuffing the turkey as it can prevent the bird from being evenly cooked.

He said particular attention must be paid to the middle of the bird. So if stuffing must be used, ensure it is only laid ‘gently in the cavity’.

Finally if you’re faced with a delay between cooking and serving, Mr Kelly said to avoid the temptation of putting the bird back in the oven to reheat.

Instead make the stock piping hot and pour it over the turkey – this will raise the temperature without drying out the bird.