The house is an “awesome LA home,” Giambalvo told Business Insider. He said that its best features are that it’s located in Los Feliz, one of Los Angeles’ most exclusive neighborhoods, has amazing design details, and offers two panoramic views, which Giambalvo told theLos Angeles Times, are “spectacular.”

“It could take you a lifetime to find another home like this,” Giambalvo told Business Insider.

Other than a remodeled kitchen and an added carport, the house’s structure looks as it did when the murders were committed. In fact, the pink tiles in the bathrooms are believed to date back to the 1920s, according to Giambalvo. 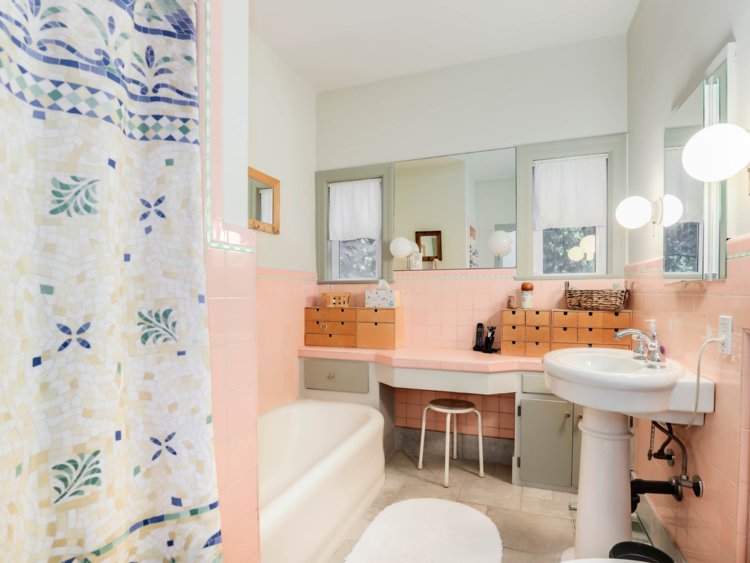 Giambalvo is confident the two-bedroom home will sell. He told Business Insider that most people who have toured the property aren’t put off by the crime.

“The question is, how long is it until something like this becomes ancient news? And I really think we’re getting there,” Giambalvo told Business Insider.

Read more: The most haunted house in every state

In California, real-estate agents are required by law todisclose any deaths that have occurred in the home within three years, but Giambalvo said he tells everyone who tours the home about the Manson murders because of the crime’s notoriety.

Since the home is so popular, those who request a tour have to send Giambalvo a letter from the bank that proves they have the means to purchase it. So far, he’s shown the home to about 20 people and rejected around 50 requests.

The Los Feliz home now joins a variety of other famous — and in some cases, notorious — homes currently on the California market. There’sMichael Jackson’s Neverland Ranch, which is listed at $31 million, and the iconicLos Angeles mansion from “The Godfather,” which is listed at $135 million. Then, of course, there’s the array of celebrity homes you can rent, includingHarry Houdini’s 3,000-square-foot Hollywood Hills estate.