Spoilers ahead for the Nightflyers Season 1 premiere. For those who haven’t read the George R.R. Martin novella upon which it’s based, Syfy’s Nightflyers premiere might be a lot to take in. Think of it as Battlestar Galactica meets Interstellar — with some Game of Thrones vibes thrown in, of course. The series follows a group of humans on a spaceship called — you guessed it — the Nightflyer. One of the passengers, Karl D’Branin (Eoin Macken), left his wife, Joy, and daughter, Skye, back on Earth in order to go on a once-in-a-lifetime space mission. And although we don’t know when or how, Skye died somewhere along the way. So what happened to Karl’s daughter on Nightflyers, and does it have anything to do with this energy source they’re trying to find?

We first see Karl on Earth, getting pulled over by the cops. They ask if he has any kind of sickness or sores, and he says no. When he arrives home, Joy is worriedly watching the news. "Flights have been grounded, quarantine zones are back in effect," she says. "They say it might sprint North this time." (Is anyone else getting The Stand vibes?) While it’s unclear what’s actually happening, Karl tells her that he’s been asked to assemble a team and go after the Volcryn. We later learn this is in order to try and obtain their superior energy source. "What do we tell her?" his wife responds, referring to Skye. And although Karl says he’ll probably be gone for two years, he promises his wife that he’ll return home.

As made clear by a scene of them cuddling, Skye and her father had a close relationship. Before he left on the Nightflyer, she gave him her friendship bracelet, saying to give it the Volcryn when he finds them. "So we can all be friends," she says, innocently. However, it’s then revealed that this is simply a memory that Karl is watching while he’s on the Nightflyer. So did his daughter die after he left Earth, or did something happen right before his departure? While her cause of death isn’t revealed in this episode, the most obvious possibility is that Skye became infected with whatever "sickness" or "sores" the police were asking D’Branin about.

Further enforcing this theory, a crew member named Rowan (Angus Sampson) tells Karl that the human race is itself a sickness. "We’re a virus that has killed its host and is looking for a new host to infect," he says. "Look at Earth through a biological prism: We are the disease." Did Skye contract this disease, and if so, how did Joy survive?

Speaking of his wife, Karl later video chats her aboard the Nightflyer, which is when it’s revealed that something happened to their daughter somewhere along the way. "I’ve been thinking about Skye a lot," Karl says. "I really miss her." And while it just sounds like homesickness at first, it soon becomes clear that he’s referring to something more permanent. "She would be proud of you," his wife says. "Just like me." 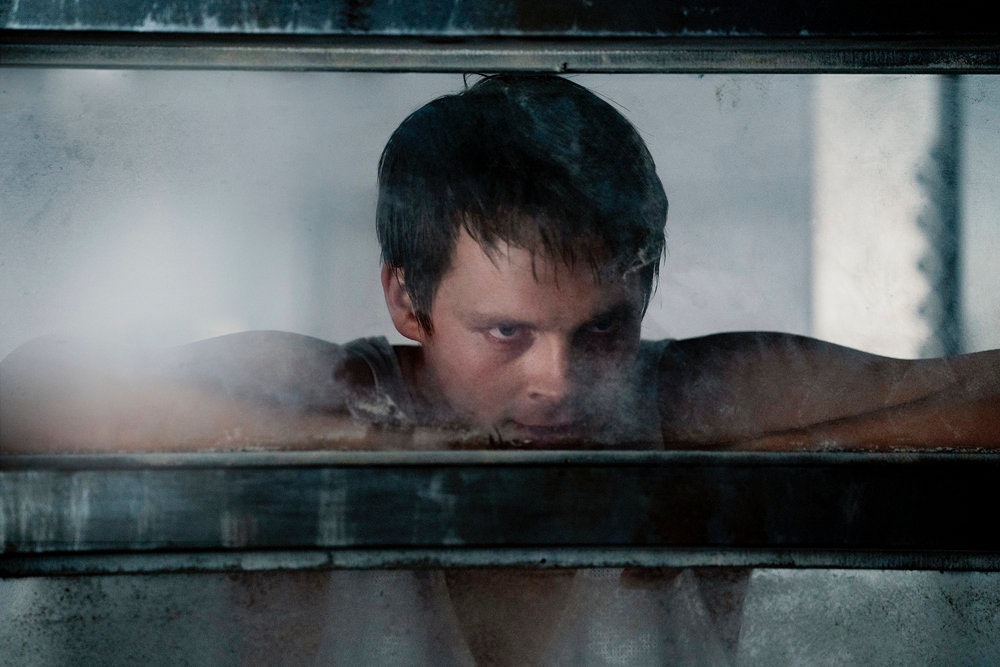 Skye’s death is later confirmed by Thale (Sam Strike), an N-1 who’s being held captive on the ship. He’s described as a psychic, and he’s seen physically hurting people with his mind — in other words, don’t mess with Thale. Naturally, no one trusts him except for Dr. Agatha Matheson (Gretchen Mol), and she asks if he’s been putting visions into Karl’s head. See, D’Branin’s been plagued by distorted images of Skye, and it’s understandably starting to freak him out. "You mean that little girl?" Thale says in response. "That’s his daughter, Thale," Agatha says. "Was his daughter," he corrects her. "She’s dead. And no, I didn’t."

Furthermore, Karl sees another memory of his child, which gets distorted the longer it goes on. Skye is wearing a shiny red raincoat and happily blowing on a dandelion. "Try and catch me!" she says before running into the woods. Karl begins to panic and unsuccessfully tries to stop the memory playback. "This is not how it happened," he mumbles. Then, we see a brief image of Skye convulsing on the floor, and another of her face covered in blood.

Nightflyers features several jump scares, but this is perhaps the most disturbing scene in the premiere. And while Skye’s fate remains a mystery, at least for now, her cause of death will likely be revealed in the coming episodes, along with the other mysterious goings-on aboard the Nightflyer.