During the summer, I’m totally one of those people that’s constantly trying to find new excuses to kick back, relax, and have a couple of drinks on my apartment building’s rooftop. "It’s the start of the weekend!" or simply, "it’s sunny out!" are just a few ways I justify doing so, and you know what? I’m totally OK with it. And since a light sip is generally preferred — especially when it’s getting hot out — these five spiked seltzers for summer 2019 are definitely going to be coming in handy.

Alright, IDK about you, but I’m a little picky in regards to hard seltzer, in that I need mine to be ice cold… room temp hard seltzer definitely does not cut it for me. But as long as there is ice (or at least a frosty mug!) readily available, I’m totally satisfied. Right now, there are so many brands out there that are making really, really solid flavors, and whether you’re more of a citrus-y sipper, or if you happen to prefer something flowery, there is definitely something out there for everybody. Give the below options a quick look, because they are — hands down — a few of my top favorites.

Formerly known as SpikedSeltzer, Bon & Viv Spiked Seltzer recently released a lineup of botanical flavors, that include: Pear Elderflower, Hibiscus Clementine, and Black Cherry Rosemary, according to the brand. They still offer their fruity classics such as Grapefruit and Black Cherry, as well as the original plain flavor, and can be found at most retailers nationwide. But, still check their online locator to ensure they’re sold near you. 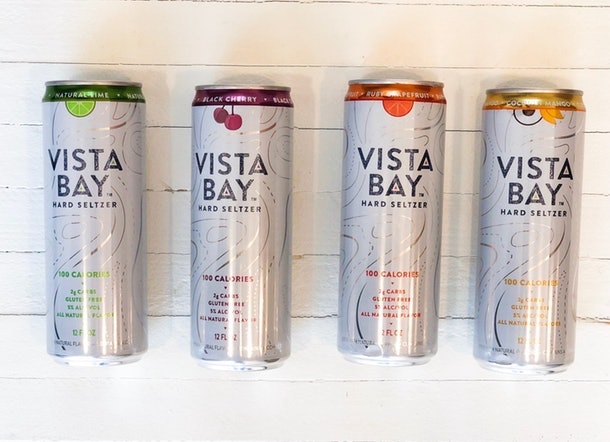 On May 2, German grocery chain Aldi released their own line of hard seltzers called Vista Bay. They come in four refreshing flavors, including: Ruby Grapefruit, Lime, Black Cherry, and Coconut Mango. They’re super cheap, with a six-pack of a single flavor only costing $5.89, and I can personally attest to the fact that each variety is worth tasting.

Truly Hard Seltzer is a low-sugar sip that comes in 13 (yep, for real!) fruity flavors, according to the brand. While I’m a big fan of the Raspberry Lime and Mixed Berry, you can sip your way though Black Cherry, Blueberry, Grapefruit, or even their newest flavor, Rosé. Each slim can boasts 5% ABV, and they are now available at retailers nationwide. Just make sure to check out their online locator to see where you can buy them for yourself. 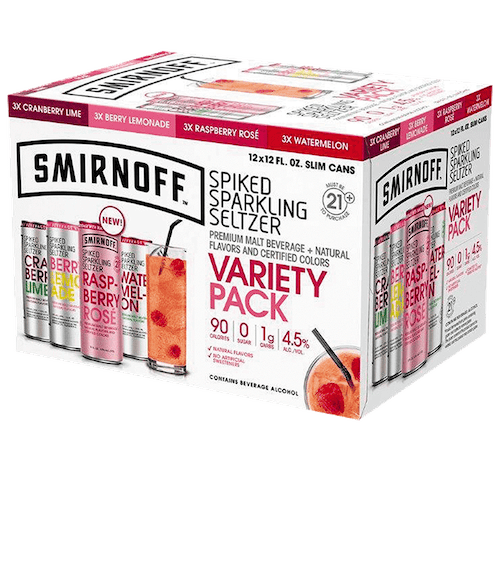 It should come as no surprise that vodka giant Smirnoff created their very own line of SMIRNOFF Spiked Sparkling Seltzers. Each one is shockingly light, and they come in a number of unique flavors, which include: Cranberry Lime, Raspberry Rosé, and Berry Lemonade. Check out where to buy them on the company’s website or order them to your doorstep via Drizly.

If you’ve never had a Hard Fresco, they’re simply cold-fermented versions of Aguas Frescas, which are popular Latin American drinks. According to a press release from the brand, each can combines cane sugar, sparkling water, real fruits or botanicals, and natural flavors. They come in four varieties, including: Tamarind, Hibiscus, Guava Citrus, and Cucumber Lime, and each of them are available in six packs of 12-ounce Sleek cans for $9.99, and 19.2-ounce SingleServe cans for $2.49 at retailers nationwide. Just note that price may change by location.

In my opinion, you can never go wrong with hard seltzer. Whether you’re hosting a BBQ on your roof or simply kickin’ it with your cat, it’s a really refreshing way to cool off when the summer heat is in full force. So, get started on trying some of these — the flavor options are endless.