A woman has branded men ‘trash’ after a Tinder match made cutting remarks about her ‘awful charity shop dress’.

Thea Lauryn Chippendale, 20, from Lincoln, shared a screen-grab of their conversation to Twitter, along with a picture from her profile, wearing a pink lace ASOS dress.

Her Tinder match George had told her ‘that dress is not doing any favours’, and advised her to buy clothes from ‘somewhere decent’.

Over 91,000 people liked her post and thousands responded slamming George, with many calling him ‘ignorant’, and telling him to ‘get in a bin’. 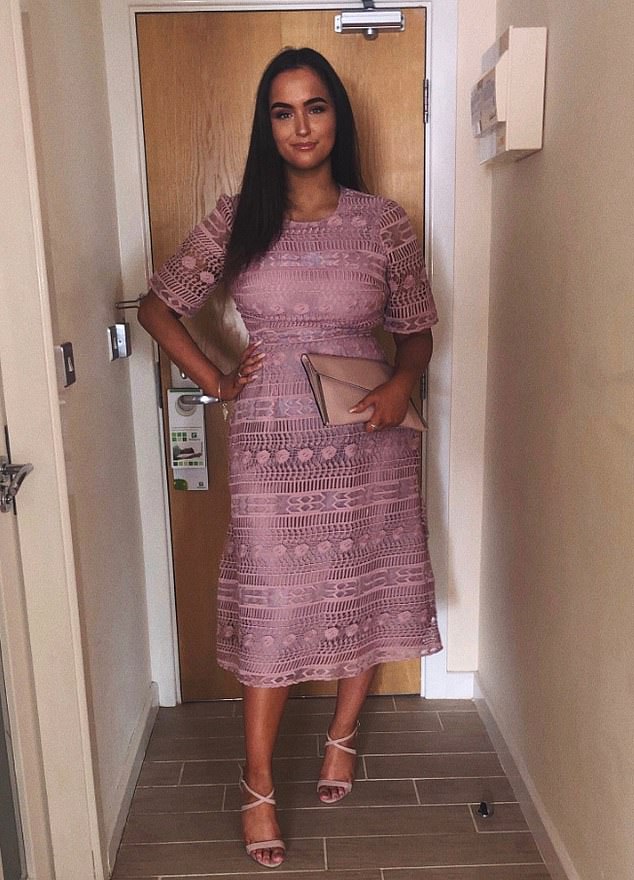 Thea’s Tinder match George may not have been impressed by the dress, but thousands of people on Twitter told her she looked ‘stunning’ in the outfit

Having matched on Tinder with Thea, the first message George sent her was not the polite introduction she was hoping for.

‘Not gonna lie you’re a bit of a joke but that dress in the last photo is not doing any favours. Hope that helps,’ he said.

Thea said she was shocked by the message, and responded: ‘Why did you feel like you needed to comment on it? Is your head that far up your own a*** that you thought your opinion mattered?’

George replied: ‘Literally had to tell you else I wouldn’t of slept. It’s awful, you not reckon?’ 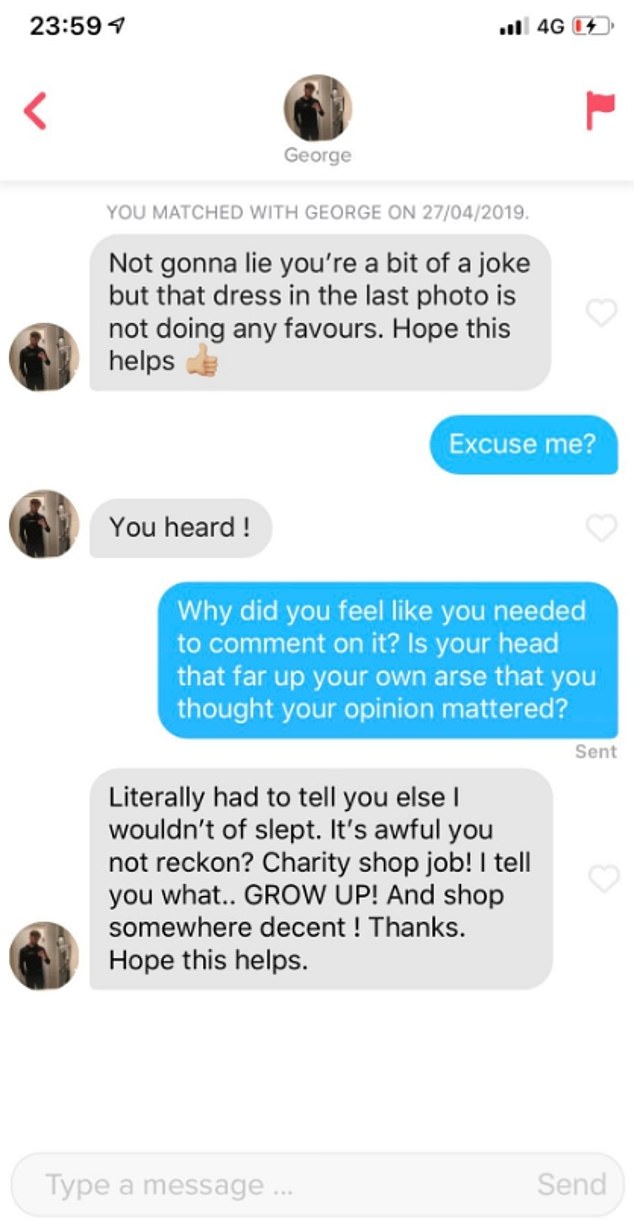 Thea shared the screenshot of the Tinder conversation with George on Twitter, and received an outpouring of support over the rude messages

He went on to label the dress a ‘charity shop job’ before writing:’I tell you what…GROW UP! And shop somewhere decent! Thanks. Hope this helps.’

Other users were quick to respond to the post, with thousands commenting in support of Thea and slamming George.

‘”GROW UP” he says to a woman who is clearly confident and self assured,’ one commented. ‘A thinly veiled attempt at compensating for his own issues with self image and status. Sad.’

Another wrote:’You look amazing. And he needs to get in a bin.’

Thousands of Twitter users rallied around Thea, with 90k people liking her original post. Many slammed her Tinder match, and called her ‘stunning’

One wrote: ‘Well I think you look stunning and everyone knows validation off another female is worth 100x more than a male.’

‘As if he matched you just to say that,’ another commented.

‘Honestly he’s just ignorant and obviously has nothing better to do than go on the internet and make fun of people,’ one wrote.

They went on: ‘People like this are barely part of society – my friends told me once “people with empty vessels make the most noise” he clearly has none,’ another wrote. 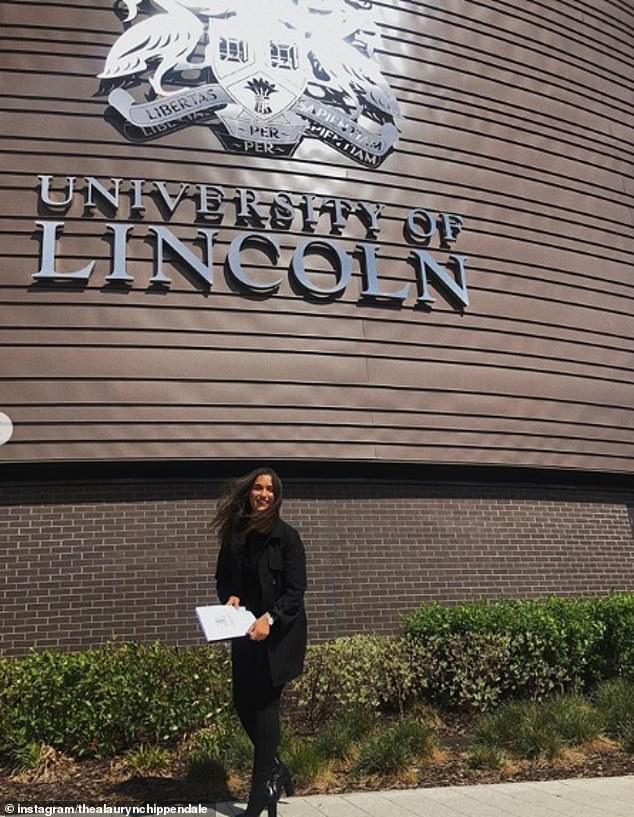 Thea posted the messages to Twitter, and quickly went viral, with over 91,000 people liking her original post 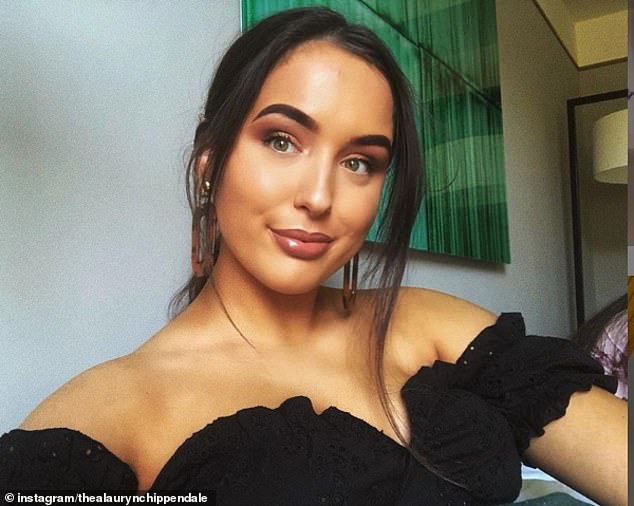 The stunning student said she was left devastated by the comments, which she saw as ‘malicious’ and ‘cruel’

The University of Lincoln student said she’d been left devastated by George’s comments.

She told Pretty52: ‘It did really upset me when he first sent it to me because, I understand that people have different opinions about what they see as nice or pretty, but he went out of his way to be mean to me?

‘So I saw it as really malicious and cruel.’

But other users continued to send an outpouring of support to the young student, with many demanding to know where the dress was from.

Some users demanded to know where they could buy the dress from, with Thea going on to post a link to the ASOS dress

One wrote: ‘Where did you get that dress though?’ while another commented:’Uh you’re totally selling that dress though…like I feel the need to buy it just from looking at the picture?? Straight-up model quality.’

The Univeristy of Lincoln student was quick to post the link to the dress, which is an ASOS piece. 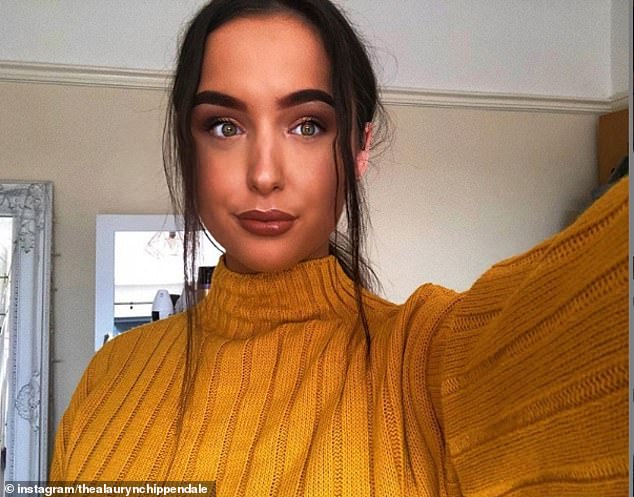 The student received thousands of messages of praise and support after she posted the conversation on Twitter, with many other users calling her ‘stunning’