A shameful betrayal of the Panorama I cherished: From an astonishing anecdote about Bashir’s duplicity, to disbelief at the cover-up, a devastating assault by news legend TOM MANGOLD against bosses of flagship programme

When I heard on BBC radio that Martin Bashir had obtained the scoop of the century for my beloved programme, Panorama, I was on a slow train through Wales on assignment for the show.

I got off the train and phoned from a call box to personally congratulate him on getting an interview with Princess Diana.

I had always liked him after he had come up to me when he first joined the programme and told me: ‘Sorry to trouble you, Tom, but I just wanted to say, sadly my brother died last week, and on his deathbed he said to me, ‘Martin, when you get to Panorama, follow everything Tom Mangold does. Listen to him, learn from him, write like him, become him, and you’ll be as great as he has become’.’

I was deeply touched. As was Mike Nicholson of ITV, when Martin told him exactly the same story (but substituting Mike’s name), and the BBC’s John Humphrys … and heaven knows how many others. 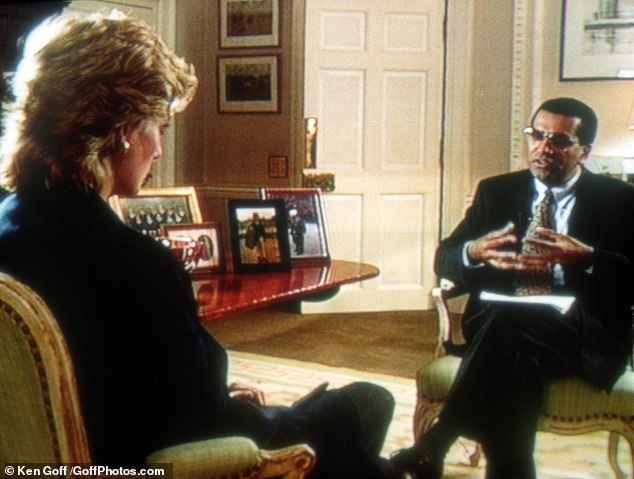 Pictured: Princess Diana’s Panorama interview and discussion about her marriage to prince Charles with Martin Bashir

I worked on Panorama for 25 years, and — though I say it myself — joining the programme was not easy. There was a discreet MI5 check on me, and I had to show a damn good journalistic record just to be considered.

After all, this was the most powerful television current affairs programme in the world, the BBC’s flagship, with a global reputation for the absolute truth.

In my time there, I managed to make a small contribution, winning the coveted Royal Television Society award for my work in helping free three innocent men in Cardiff wrongly framed for a murder. 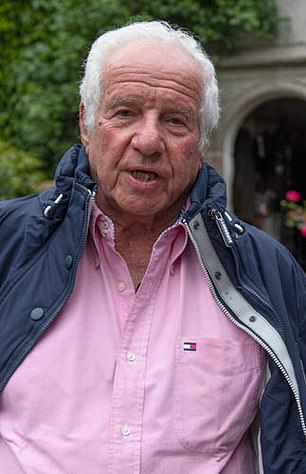 Tom Mangold (pictured): But the fact is that in acquiring his huge Panorama coup, Martin went much further than even I would have gone at my Fleet Street worst

In all, I made some 120 editions of the programme — without receiving a single complaint.

Now, I don’t want to be a hypocrite here. I arrived at Panorama from the Daily Express and, in the late Fifties and early Sixties, we did stuff that was naughty and sometimes underhand.

But the fact is that in acquiring his huge Panorama coup, Martin went much further than even I would have gone at my Fleet Street worst.

As the Mail reported yesterday, in order to persuade Earl Spencer to effect the introduction to Diana — which led to the interview — Bashir forged documents to show payments had been made by news organisations to Spencer’s head of security.

He alleged wrongly that two senior courtiers were receiving large sums from the security services for passing on information about the Princess. And among other outlandish claims, he referred to false rumours that Charles was having an affair with the young princes’ nanny.

Yet when Spencer rang Bashir’s boss at Panorama to check his credentials, he was told not only that he was one of the programme’s most accomplished operators — but also that what Bashir had told him was true.

So this scandal is NOT just a story about Martin Bashir forging documents and issuing lies and deceptions to get the Princess Diana interview. It is bigger, much bigger, than that. 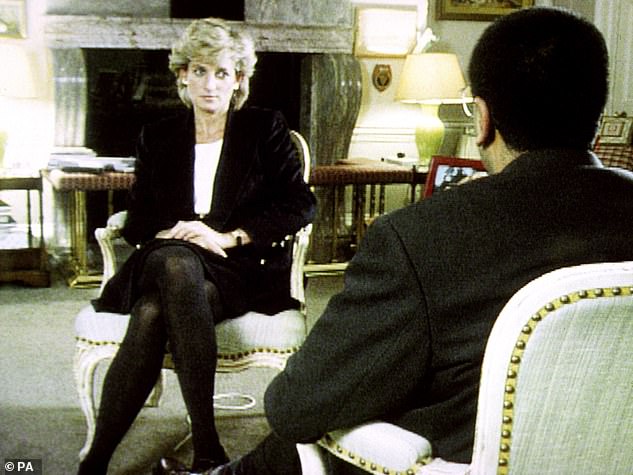 The whole point of the BBC is that it is a beacon of honesty in a world of shameful lies, fake news and social media sewers. It is a huge element in our national soft power and influence.

In order to maintain that 100 per cent gold standard, the BBC has always, and I mean always, had a series of editorial firewalls made of ten-foot thick titanium.

For instance, I could do absolutely nothing in getting the story, or writing the questions and the scripts for the programme, without every single action or word being approved by my producer.

That’s what BBC producers are for — a thousand per cent more so when the reporter concerned is not on the staff, like Bashir.

If a rogue reporter tries to breach those walls using illegal tactics — including forgery for gain, deceit, lies, whatever — he simply cannot succeed because it has to go through rigorous and totally independent scrutiny. 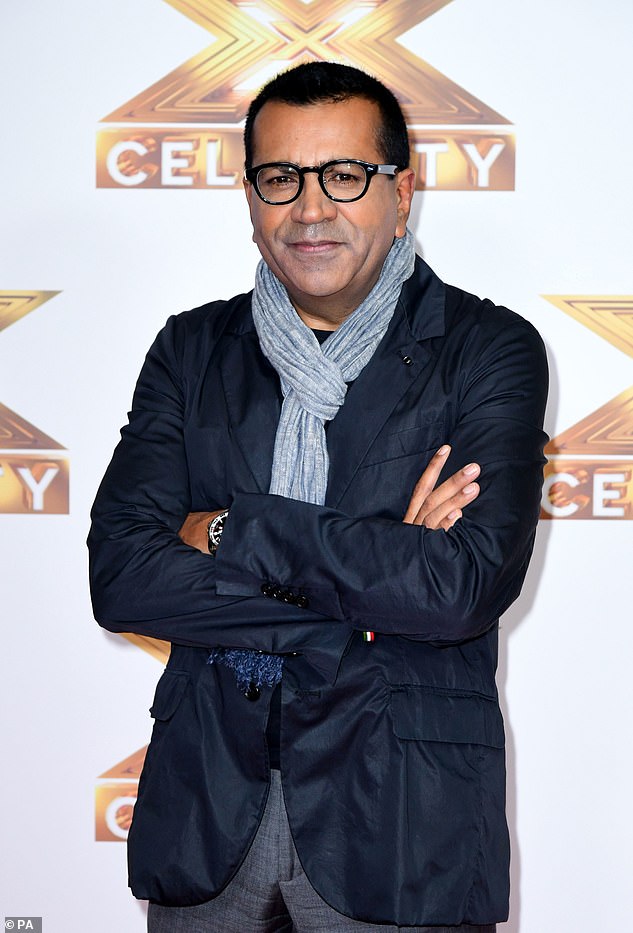 Bashir’s (pictured) interview with Diana, in which she told him ‘there were three people in the marriage’ – a reference to her estranged husband’s relationship with Camilla Parker Bowles – attracted 23million viewers and was hailed as the greatest tell-all scoop of the 20th century

If those eight firewalls fail, in my view, it can only be for one possible reason. And that is that there is a conspiracy to deceive, involving all or some of those individuals. Bashir could never have pulled this off, nor survived internal BBC investigations into his dreadful behaviour unless his back was fully protected.

And like all of these affairs, it is not the scandal, but the cover-up that is the real crime.

The graphics man was paid £250 for his (innocent) forgeries. That money had to be accounted for and approved by executives above Bashir’s head, including at least his producer and more likely the programme editor — himself a powerful presence in this story.

I personally doubt if many people were originally involved in Bashir’s forgeries, lies and deceits to get the interview.

But once a former producer of Bashir’s who had a shrewd idea of what he had done, leaked the story of his antics to the Mail On Sunday in 1996, the BBC was left in an utterly hopeless position. 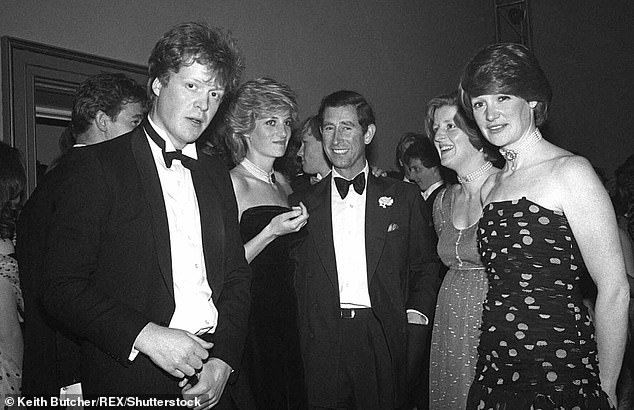 Renewed publicity around the 25th anniversary of the interview and the airing again of the claims against Bashir, has prompted Earl Spencer (pictured with Diana and Prince Charles) to take up the cudgels again

After all, its reputation had been hugely enhanced by acquiring the scoop of the century, and it had made a fortune from sales of the interview. To confess now that there had been a total breach of its safety barriers would be catastrophic to its reputation.

Hence, it could only do what it always does best in a crisis — circle the wagons and copy what President Nixon did with Watergate, which was to cover up, lie, dissimulate and dissemble. In so doing it foolishly allowed this scandal to become its own Watergate.

Internal BBC investigations, now involving senior news and current affairs executives, were launched, all of which cleared Bashir of any kind of misdemeanour. Evasion followed evasion from a compliant press office.

No, the forgeries had not been used to influence Princess Diana (so why were they made?).

The BBC claims that Princess Diana herself had let it be known to them that she had never been influenced by Bashir’s lies and forgeries. Sadly now, the proof of that claim appears… ahem… to have gone missing.

The more the Beeb wriggled to get out of the headlock, the higher the conspiracy to cover up the truth had to go.

It is inconceivable to me, a BBC reporter for nearly half a century, that the attempts to explain this disaster did not rise to the very top, leaving the whole mess on the desk of the Director General.

In his defence, he of course, would have been briefed with information created by the original conspirators, including the reporter — that paragon of reliability.

The BBC News and Current Affairs division is about total truth or nothing. Those of us who worked for half the pay we could have earned from other news outlets did so because we believe in the power of truth and knowledge and the good it does worldwide.

What totally baffles me is why the BBC — the shining light — chose the path of darkness to cover up this scandal.

Painful as it would have been, the Beeb, my beeb, should have apologised instantly once Bashir’s madness was uncovered, and then dealt with those few lower-end executives who knew about the forgeries at the time.

Instead, the Corporation, for a quarter of a century, has denied independent investigators access to what happened; and has watched the boil growing and growing. Strangely, it even allowed Bashir to return to the BBC in the ultra-sensitive job of religious editor after he resigned from his U.S. employer.

Isn’t there a single person left in the Beeb’s upper ranks who can exercise the judgment to order a full, detailed, open and independent investigation into how those precious firewalls were so successfully breached?

Earl Spencer is right to demand an apology — his revelations in yesterday’s Mail are astonishing.

The BBC should also apologise to the nation. And finally come to terms with the fact that something bad happened a long time ago, and ensure it can never happen again — so that it once more becomes the towering pinnacle of the truth that is the pride of Britain.

Tom Mangold was a BBC reporter for 40 years and a senior reporter on Panorama for 25 years. His autobiography, Splashed! A Life From Print To Panorama, is on sale.