Love at second sight! Vicki Gunvalson knew she wanted to marry her fiancé, Steve Lodge, after their second date.

“Well I knew the minute, the second date that I’d want to marry him,” the 57-year-old Real Housewives of Orange County star told Us Weekly exclusively. “He’s such a quality man. I did not want him to get away. It was date two. It’s so romantic.”

Vicki revealed that her boyfriend of three years popped the question on Friday, April 26, via Instagram. “I said ‘YES,’ ♥️

,” the Bravo star gushed, showing off her new jewelry. 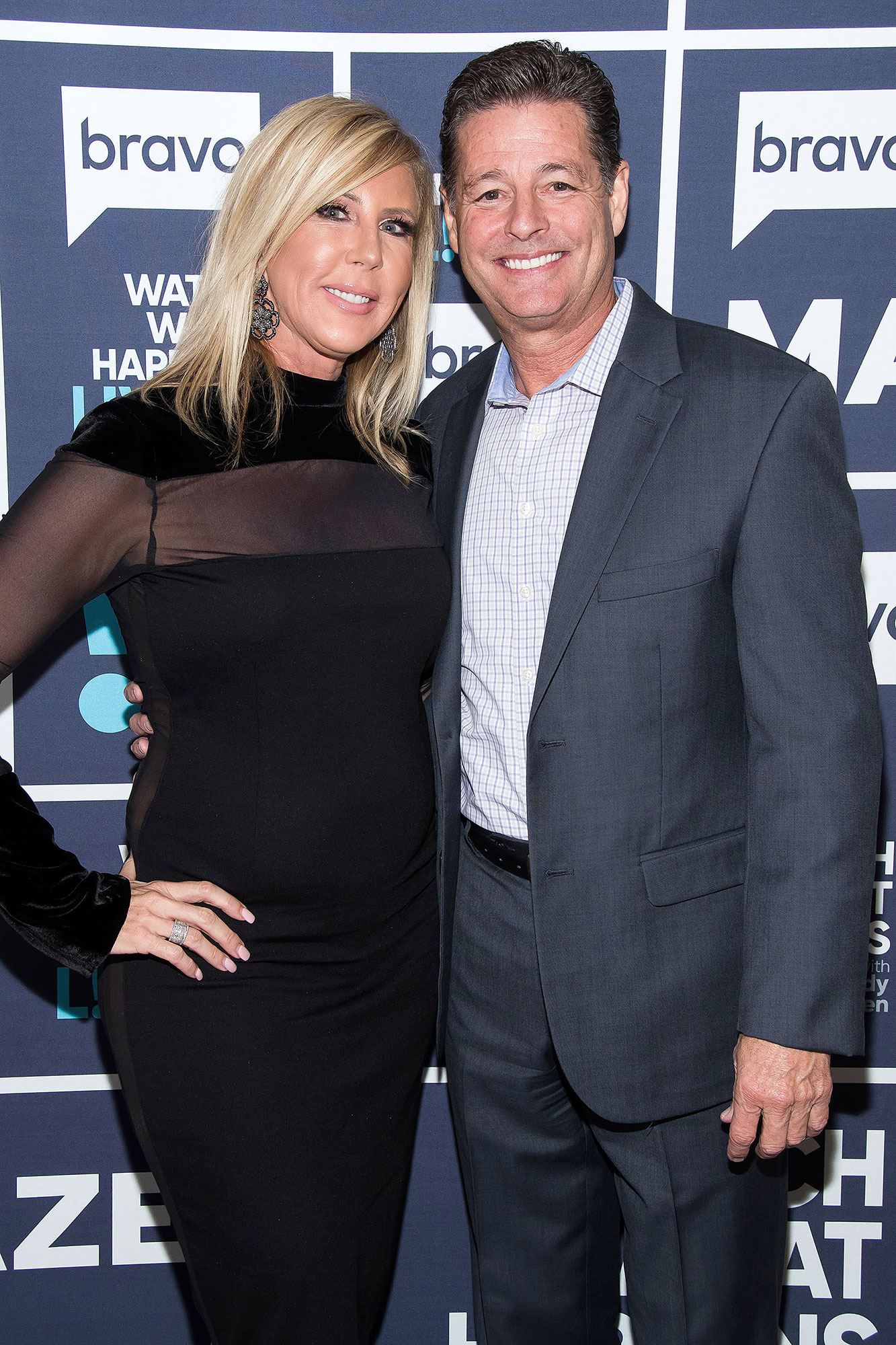 While Vicki was “shocked” by the proposal, which took place at their Orange County home on Monday, April 22, the twosome discussed marriage in the past.

“I always look at rings and I told him I just want a simple, round [diamond]. Big would be good but if you can’t do big then … big would be better,” she told Us with a laugh. “I was teasing him. But he did it on his time, his way and it was just awesome.”

She later clarified that the pair “never looked at rings together.”

“I’m always looking at rings because I love jewelry. But it wasn’t like we went to the jewelry store together,” Vicki explained to Us. “One time at an appearance I was trying different rings on, but I don’t think he was noticing what I was liking. It’s so exciting.”

The Coto Insurance founder, who was previously married to Michael J Wolfsmith and Donn Gunvalson, told Us that the newly engaged duo haven’t finalized any wedding plans.

“We might do it in Puerto Vallarta, might do it in our backyard, might do it in a winery, we are all over the place. Might just do us and our kids, might just do a big wedding,” she said. “You know, we’ve been married before so I don’t really know what we’re going to do. We’re kind of just trying to enjoy this time right now and then we’ll see.”

The Real Housewives of Orange County will return to Bravo for season 14 later this year.

With reporting by Brody Brown