If there’s one thing we know about the Victorians, it’s that they loved to be scandalized. The dominant moral values of British society during the 19th century were fairly vanilla, you see. Hetero-normative gender norms were rigidly enforced. Classical literature was venerated. Sexuality was repressed. And then author, scholar, and professional scandalizer Samuel Butler came along and proclaimed that The Odyssey was written by a woman.

Samuel Butler had already made a career of going against the Victorian grain by the time he published The Authoress of the Odyssey in 1897. He wrote the dystopian satire Erewhon, which basically dragged the Victorians for being a bunch of moralizing hypocrites. He predicted the rise of artificial intelligence in his articles about the evolution of technology. And he believed that the Homer who wrote The Odyssey was actually a young Sicilian girl who wrote herself into the actual text in the form of the princess Nausicaa.

Yes, that’s right. Not only did Butler believe that The Odyssey — the groundbreaking, foundational text of Western Literature — was written by a woman, but he believed it was a self-insert fanfic written by a teenage girl.

Now, in the cold grey light of 2019, I think it’s time to ask: Was the original Odyssey written by a woman? 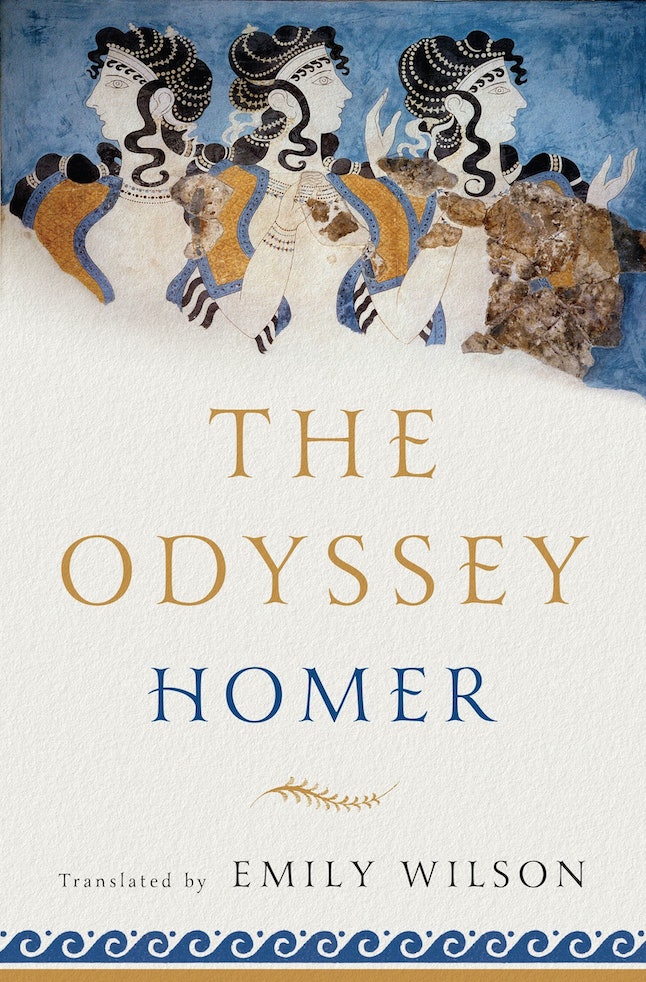 The Odyssey has always been full of fascinating female characters. Odysseus is guided by the wise, soft goddess Athena. He seeks to return to his wily, faithful wife Penelope. Along the way, he is seduced, attacked, saved, and outwitted by a number of witches, nymphs, sirens, and giant lady sea monsters. Even the dang whirlpool is a girl.

It’s only in the past few years, however, that a woman’s perspective on the story has crept into mainstream literature. In 2005, Margaret Atwood released Penelopiad, a retelling of the story from Penelope’s perspective. In 2017 Emily Wilson became the first woman ever to translate The Odyssey into English, shedding light on all the ways in which male translators have historically added their own subconscious bias to the poem. (The sirens aren’t canonically sexy.) And in 2018, Madeline Miller’s bestselling novel Circe re-imagined the enchantress Circe as the hero of the story.

Butler noticed all of these fierce, independent women running around Homer’s Mediterranean. In his writing, he argued that the female characters of The Odyssey have so much more agency than the women of The Iliad — so surely this poem was written by a different author who understood women. Or perhaps, this poem was written by author who was a woman.

(Before you get too excited about Victorian male feminist Samuel Butler, though, know that he also claims that the author was a woman because she describes ax handles incorrectly.)

But is there any historical evidence that Homer was a woman? Well, to be fair, there’s not a lot of historical evidence about Homer at all. Scholars still don’t agree whether The Iliad and The Odyssey were written by the same person, or by two different people, or by a whole mess of contributors over years and years of rewrites.

What is almost certain is that both The Iliad and The Odyssey were cobbled together from oral poems and myths that had already been around for quite a while. If the author was indeed a singular person and not a full on Ancient Greek writers’ room, then Homer could have been an oral poet who decided to dictate or write down some of the greatest hits of the day. There were female poets in Ancient Greece, but they mostly performed at home, for friends and family, while male poets put on flashy poetry shows for public crowds.

Some historians, like author Andrew Dalby, have cited this fact as a huge vote in favor of a lady Homer, though. In a world where male poets occupied the public sphere, and female poets were stuck at home, wouldn’t it make more sense for a bored lady poet to undertake the monumental task of writing down The Odyssey? She would be used to working in private. If she was of a certain class, she would have the time to write with nuance and detail. And she would have more of a motivation to circulate her writing, being unable to perform as freely as a man. A male poet, according to Dalby, would be unlikely to pass up cheering crowds for the thankless task of writing down a poem.

Plus, as Butler pointed out in his original Authoress of The Odyssey, the Greek goddesses of poetry and literature were the nine Muses — all of them explicitly women.

So, was The Odyssey written by a teen Sicilian princess inserting herself into an original sequel to her favorite epic poem? Maybe.

Was Homer, in fact, an anonymous lady poet, writing down her poetry from within the confines of her domestic sphere? Perhaps.

Was Homer a series of poets of various genders, or a particularly gifted team of scribes, or a husband and wife duo, or even just a man who liked writing complex female characters? It’s possible.

The truth of the matter is, the identity of the real Homer will likely always remain unknown. Their gender identity is lost to the ages. Butler’s case is fascinating and far from conclusive. But remember this: a woman writing The Odyssey is not as much of a scandal as the Victorians might have thought.