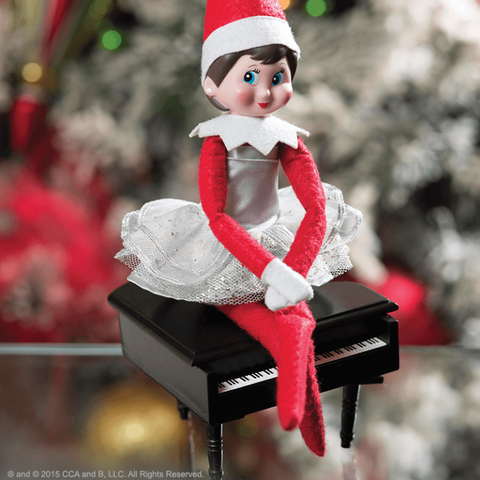 Elf on the Shelf is a thing of nightmares.

Let’s buy our kids a gift and then scare them by telling them that this unsettling little doll comes alive at night and reports back to Santa. Oh, and let’s read the book about said creepy doll to them every night so that they can’t forget about it.

Aside from being generally creepy, Elf on the Shelf is far too much work. Seriously, who has the time to come up with 24 genius ideas of what the elf should be doing in the morning when the kids wake up? It’s enough of a hassle to get the laundry done and everyone out the door on time every morning.

We are raising a generation of spoiled children who value things over experiences.

There is also not enough Pinterest time to also find out that night three should be the elf doing karaoke in front of Barbie and Lego Santa, and that on night four I should decorate the ceiling with paper chains (does anyone make those anymore?). Who are these parents with that much time on their hands?! God forbid your kid go to school and say that his elf didn’t move last night! Can you imagine the bullying that would follow?

And then there’s the issue of what we’re teaching the next generation: It’s okay to have a small doll spy on your every move, report back to a bearded man who isolates himself in a faraway house, and if you’re good he’ll give you presents? What’s next, the ice cream man in the truck who only brings you candy if you’re good and do what he says? If you’re bad, you won’t get that iPhone 6S that every other kid has? Or you probably will, because your parents bribe you with things, so you know you’ll eventually wear them down.

We are raising a generation of spoiled children who value things over experiences. Elf on the Shelf kicks off the Christmas season with a gift, which is the elf in his cardboard box (complete with storybook to frighten the kids at bedtime). The entire premise of the elf is that kids need to be well-behaved in order to garner gifts at the end of the journey. A gift that brings gifts!

What happened to Christmas kicking off with decorating the tree with homemade ornaments and ending with a big family dinner where you and your sisters force everyone to partake in a play where you assign them characters like Tree Stump and Dog?

Maybe I just refuse to raise a kid who expects a gift at every turn.

I’m not saying that I never got gifts as a child, but I don’t recall having the promise of presents held over our heads for the entire month leading up to the holiday (or ever, for that matter). It drives me nuts when I hear parents year round tell their kids, “If you’re good, you’ll get X.” “If you eat your dinner, you’ll get dessert.” “If you’re good today, we’ll go get you a new toy.”

Or maybe I just refuse to raise a kid who expects a gift at every turn. Sorry Elf: You’re creepy, you’re not adding anything positive to my holiday season, and you’re never coming into my house.

From: Good Housekeeping US