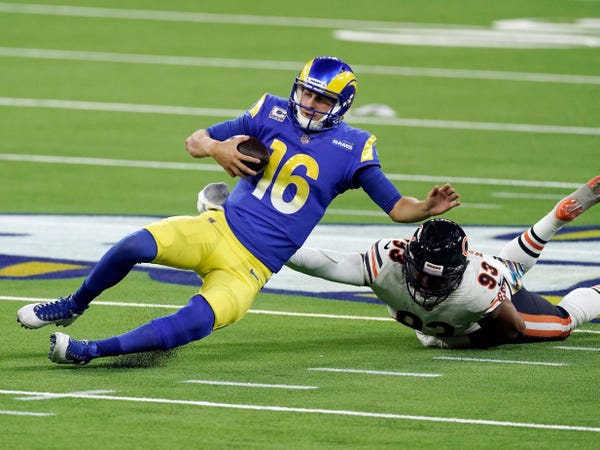 But for one daily fantasy player, the game came with a gut-wrenching bad beat when a late stat correction cost them a $1 million win.

According to the Action Network, DraftKings user "robocles" missed out on a $1 million payday after a stat correction took a sack away from the Bears defense.

As the game went final, robocles was in first place, ready to take home the top prize thanks to a lineup that loaded up on both defenses, as well as Rams standouts Jared Goff, Cooper Kupp, and Josh Reynolds.

But a stat correction later took one of the Bears' two sacks away and thus take a point away from robocles. That one-point difference in robocles' score pushed him down from first place to sixth, leaving him with a prize of just over $3,000 — still a fine payday, but nothing compared to $1 million.

The stat correction came on a sack the Bears made late in the fourth quarter, with Rams quarterback Jared Goff appearing to give himself up rather than be taken down by a Chicago defender. It's a close call.

Daily fantasy payouts often come down to just one play, but to have it come down to stat correction is a particularly painful way to lose.