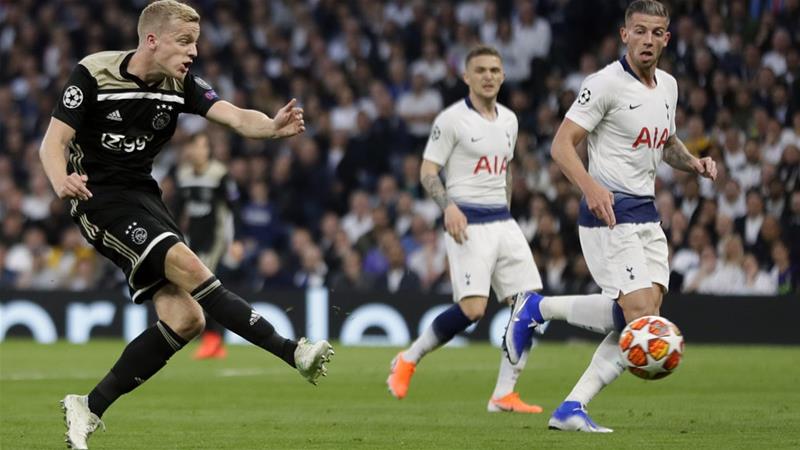 Ajax have won the first leg of their UEFA Champions League semifinal against Tottenham Hotspur 1-0 in London.

On Tuesday, Donny van de Beek gave the youthful Dutch side the win, taking Ajax to the first European Cup final in 23 years.

Depleted by injuries and suspension, Tottenham gifted the visitors too much space to string together slick passes early on, and the 22-year-old Van de Beek ghosted into the penalty area to receive a through ball from Hakim Ziyech before knocking a shot past goalkeeper Hugo Lloris in the 15th minute.

Barcelona host Liverpool in the other semifinal on Wednesday evening.

Tottenham defender Jan Vertonghen had to be helped off the field shortly after attempting to play on following a clash of heads, putting a fresh spotlight on the handling of potential concussions in football.

Vertonghen challenged for a header in the Ajax area but slammed his face into the back of teammate Toby Alderweireld’s head, leaving him with blood pouring from a cut on his nose in the 32nd minute.

Vertonghen received treatment on the field and went to change his bloodied white jersey to enable a return to action. 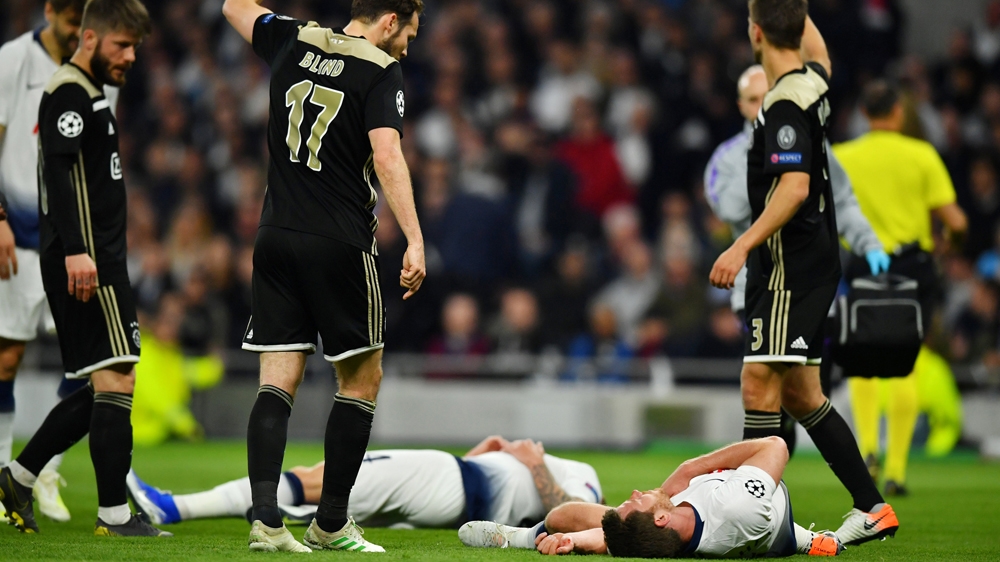 The team doctor is required to perform assessments for concussion symptoms, including asking questions to check the player’s awareness. Tottenham manager Mauricio Pochettino did not say if Vertonghen was concussed.

“I wasn’t involved. It was the doctor’s decision,” Pochettino said. “I think it’s so important things, the rules and the protocol are there and our medical staff follow the protocol.”

Referee Antonio Mateu Lahoz was pointing at his head as he spoke to Vertonghen, before allowing him to return to action in the 38th minute.

“The decision was the doctor and the referee asked,” Pochettino said. “He goes in. In the next action, we need to put him out because he didn’t feel well.”

Vertonghen lasted only 40 seconds before going across to the sideline, leaning over and struggling to stand. Pochettino had to grab Vertonghen to stop him from keeling over before the Belgian was helped down the tunnel by two medical officials. 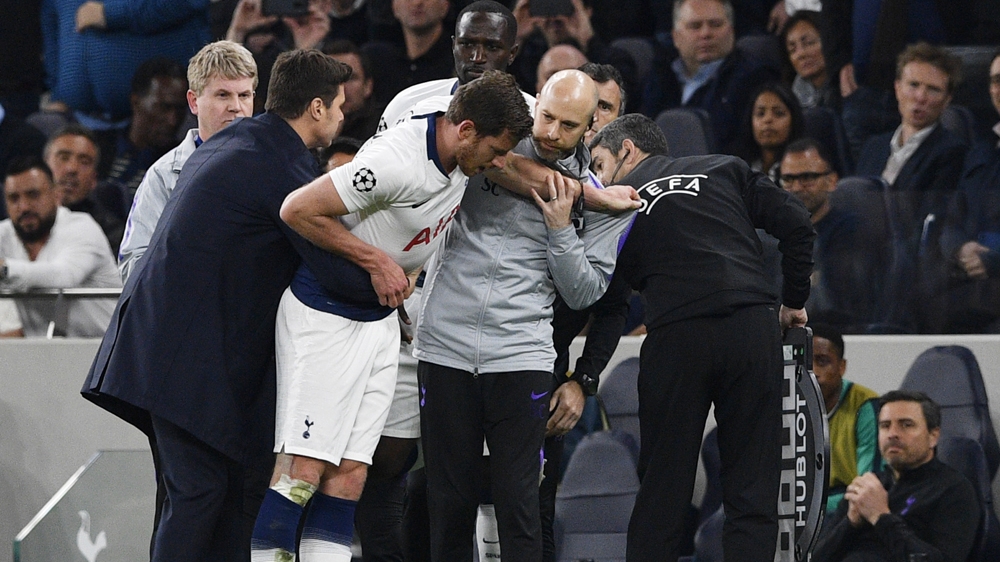 Taylor Twellman, whose playing career in the United States ultimately ended because of the lingering effect of a concussion, tweeted that “under no circumstances” should Vertonghen have been allowed back on the field after the clash of heads.

That view was shared by Ajax coach Erik ten Hag.

“With a head injury it can be dangerous,” ten Hag said on beIN Sports. “Take him off. Don’t take risks with head injuries.”

Vertonghen was seen walking through the media interview area after the semifinal first leg.

“First of all, I hope everything is ok with Vertonghen and that it is nothing serious. And I hope he will be ready to play in the second leg because he is a very important player. These are incidents that can happen, there’s nothing we can do, they are part of football.”