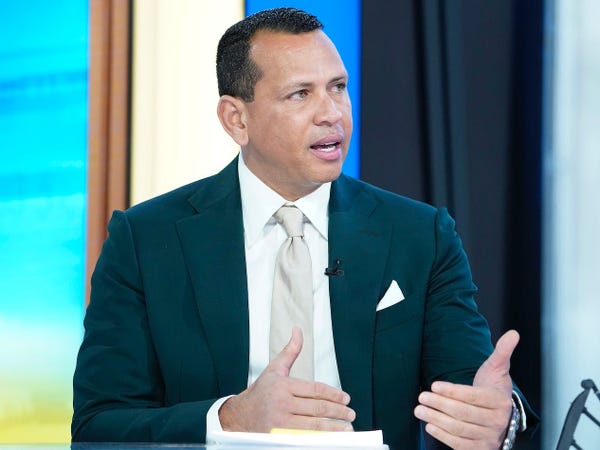 The Tampa Bay Rays blew a one-run sixth-inning lead against the Los Angeles Dodgers during their sixth and final game in the 2020 World Series, and Alex Rodriguez seems pretty clear on who — or what — is to blame.

The MLB analyst and three-time MVP took to Twitter to criticize Rays management for pulling ace Blake Snell — who had given up just two hits and recorded nine strikeouts through five scoreless innings — based on "computers running the game."

After the game, Rodriguez called the choice "disappointing and disheartening" on Fox Sports' postgame show.

"At a macro level, these front offices are really ruining our game," A-Rod said. "The Ivy Leaguers keep getting an F in this class called playoff baseball."

"The Tampa Bay front office bailed out the Dodgers," he added.

After Blake left the mound, Los Angeles immediately mounted a comeback. Dodgers superstar Mookie Betts doubled to left, moving the man on base to third and positioning him to score on a wild pitch to tie the game. Just two pitches later, Betts scored on Corey Seager's ground ball to first, giving Los Angeles a 2-1 lead. The Dodgers would go on to win the game 3-1 and clinch their first championship since 1988.

Rodriguez was far from the only person stunned by Cash's move to pull Blake. Even Rays players were critical of their manager's decision.

"I don't care what the numbers say," Tampa Bay center fielder Kevin Kiermaier said, per Josh Tolentino of The Athletic. "That was Blake's game. That might've been the best I've seen him. That was incredible … It was Blake's game to lose. I had a great seat in center field."

Snell had his doubts, too.

"The hardest thing for me is I was rolling, I was in a groove," Snell said, per the AP. "I felt like I had them guessing. It's just tough for me. It's going to be tough for me to accept that. I really don't know to look at it. However you look at it, we lost."

Cash himself expressed measured remorse after the game.

"I guess I regret it because it didn't work out," he said. "Personally, I thought Blake [Snell] had done his job and then some."