MANCHESTER UNITED have completed the deadline day transfer of Alex Telles from Porto.

The left-back joins a Red Devils side fresh from a 6-1 defeat to Tottenham on Sunday. 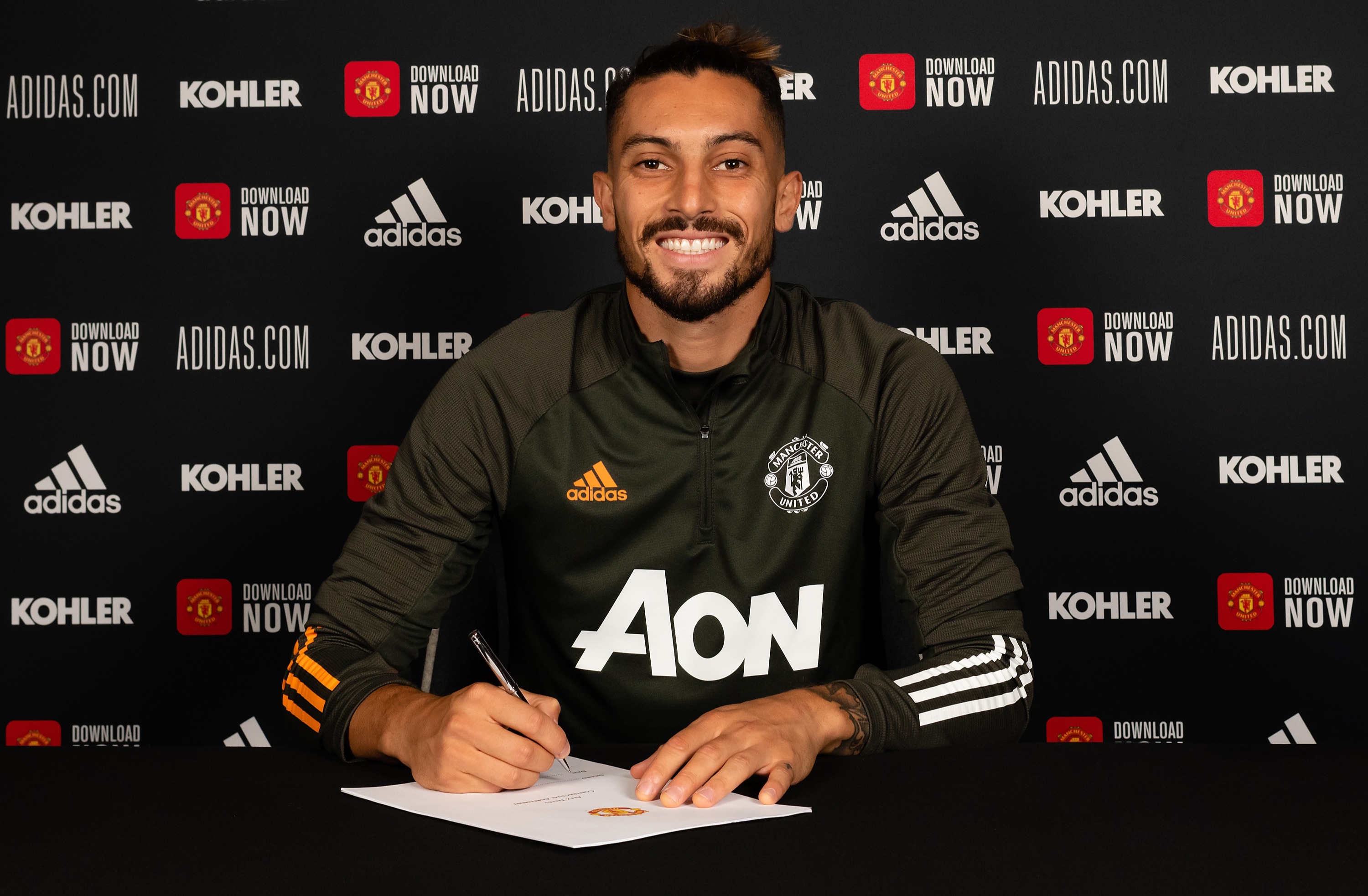 And, on Monday, the club confirmed the £18million capture of Telles.

A medical was completed on Sunday evening after negotiations over the left-back's transfer fee.

Out of contract at Porto next year, United had initially bid £12m in their hunt for defensive improvements.

But Shaw's nightmare outing, just one part of an all-round terrible display against Spurs, emphasised the need for a signing.

Despite breaking into the team last season, fellow full-back Brandon Williams is yet to appear in the league in 2020-21.

Limited to Carabao Cup action, the 20-year-old signed a new four-year deal in the summer.

Reports suggest there is Premier League interest in taking Williams on loan, particularly after the arrival of Telles.

Speaking to the official club website, Telles said: "To join a club with the prestige of Manchester United is a huge honour.

"You have to work hard to get to this moment in your career and now I am coming to this club, I can promise that I will give everything in my heart to be a success here.

"I won many trophies at FC Porto and I want to continue that at United. The manager has a clear plan and direction for this team and I can’t wait to pull on the famous shirt."

Questions have been asked of manager Solskjaer amid United's difficult start to the campaign.

And the Norwegian stated his belief that Telles has the mental toughness that his squad has been lacking.

Solskjaer noted: "He is a player we have been tracking for some time and his performances over the past few years are exactly what we are looking for.

"He is a fighter and a winner and will add real determination and competition to the squad.

"Alex has the qualities, both as a player and as a person, that we want here at Manchester United."