ANTHONY JOSHUA talked tactics with Floyd Mayweather after his win over Kubrat Pulev.

The American superstar was in the crowd as AJ knocked out the Bulgarian at Wembley on Saturday. 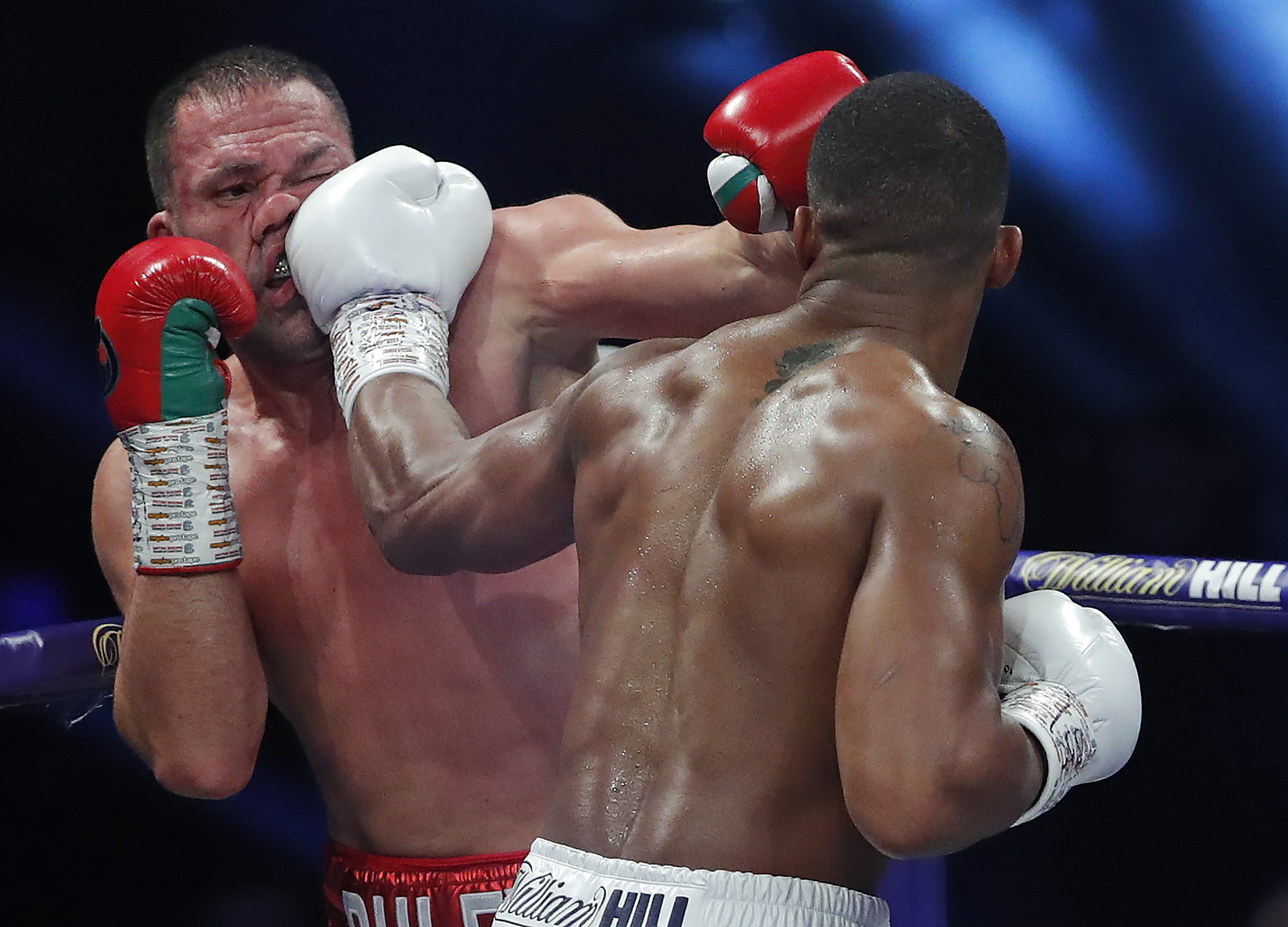 After the win extended his record to 24-1, Joshua described Mayweather as a 'great inspiration'.

And he revealed that his performance was inspired by boxing legends Mike Tyson, Larry Holmes, Ernie Shavers and Ernie Shavers.

He said: "Floyd's retired and is a great inspiration to the boxing community.

"It was great to have him in the house even if his bling was blind from me certain angles during the fight.

"I've learned from everyone. I enjoyed the uppercut tonight, that was in honour of Mike Tyson.

"I have been working on the Larry Holmes jab, the Ernie Shavers power, the Evander Holyfield parrt.

"I take inspiration from a lot of the greats. Boxing is a serious business and you have to indulge yourself in the greats, who have come before you, to be great."

Promoter Eddie Hearn claimed AJ absorbed information from the 43-year-old 'like a sponge'.

Hearn said: "AJ was bleeding information out of him.

"They were talking about slipping jabs, using elbows in a clinch, it just went on and on.

"AJ is like a sponge. Any information he can draw out of people, he loves it. He saw that conversation as so valuable."

Mayweather told the WBA, IBF, WBO and IBO title holder that boxing is a game of 'chess not checkers' in a cryptic chat.

Joshua, 31, edged one step closer to an undisputed clash against Tyson Fury with his win over Pulev.

The British rivals are on a course to agree a two-fight deal worth £500 million next year.