BUKAYO SAKA became the latest Arsenal player to get booked for diving on Monday night as the Gunners stretched their lead as the league's worst offenders.

Since the start of the 2018/19 season, the Emirates club has earned seven yellow cards for attempting to deceive referees – far more than any other side. 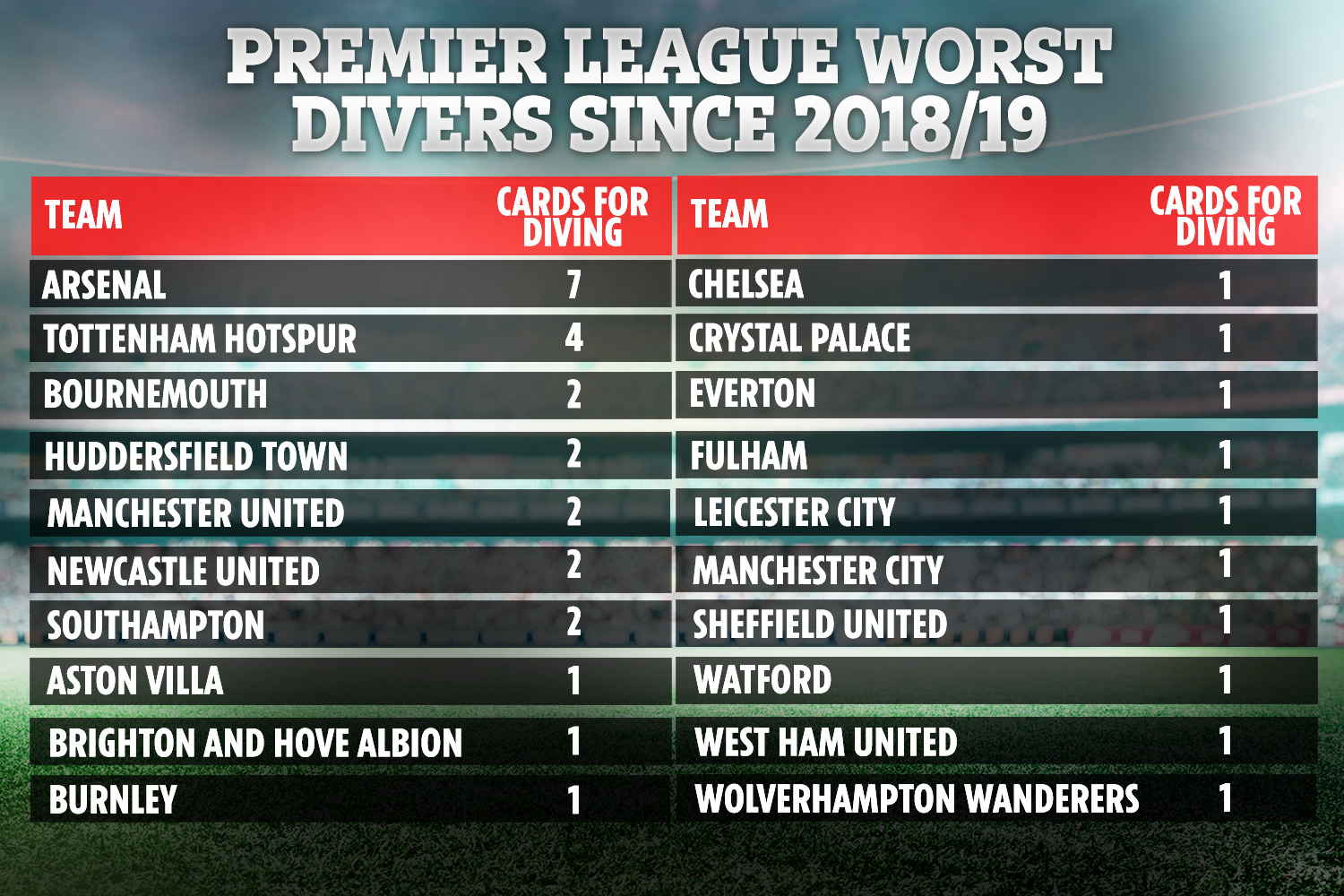 Tottenham come in behind with four fouls for simulation, a number that hasn't actually risen since midway through last season.

Only five teams have two with the vast majority of sides managing to stay on their feet to the tune of just the one booking.

The German defender memorably capped a dismal showing against Crystal Palace last season by diving inside his own half.

At Sheffield United, young winger Saka hit the deck following contact with John Egan but referee Mike Dean was unimpressed by how he was falling before the connection.

But Arsenal felt they had a case for a spot-kick and assistant coach Freddie Ljungbeg was booked for arguing on the touchline.

Lys Mousset put the Blades ahead only moments earlier and the score stayed 1-0 to end Arsenal's eight-game unbeaten run. 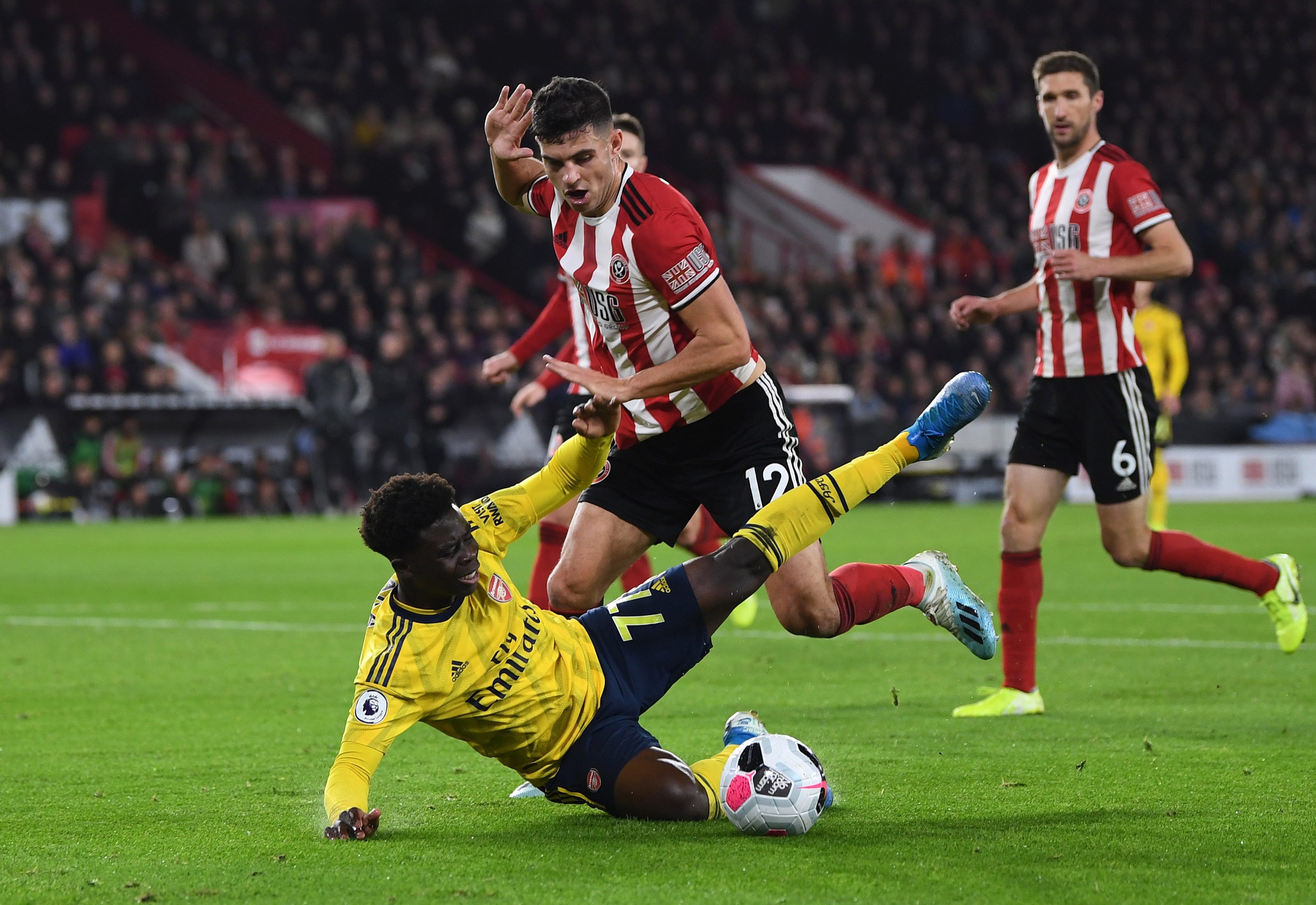 United have themselves seen a player booked for diving this season and Gunners fans wanted to see wing-back George Baldock punished for falling under a legal Sead Kolasinac challenge during the first-half.

One side who managed to avoid such a punishment for all of last season were Manchester United.

However the arrival of Daniel James has now seen two yellow cards handed down – prompting the Red Devils to try and beef up the Welsh winger.