ARSENAL's beloved mascot Gunnersaurus returned this week – but it's NOT the man who wore the costume for 27 years.

Jerry Quy performed the role for nearly three decades but has been unable to agree terms to continue doing it part-time. 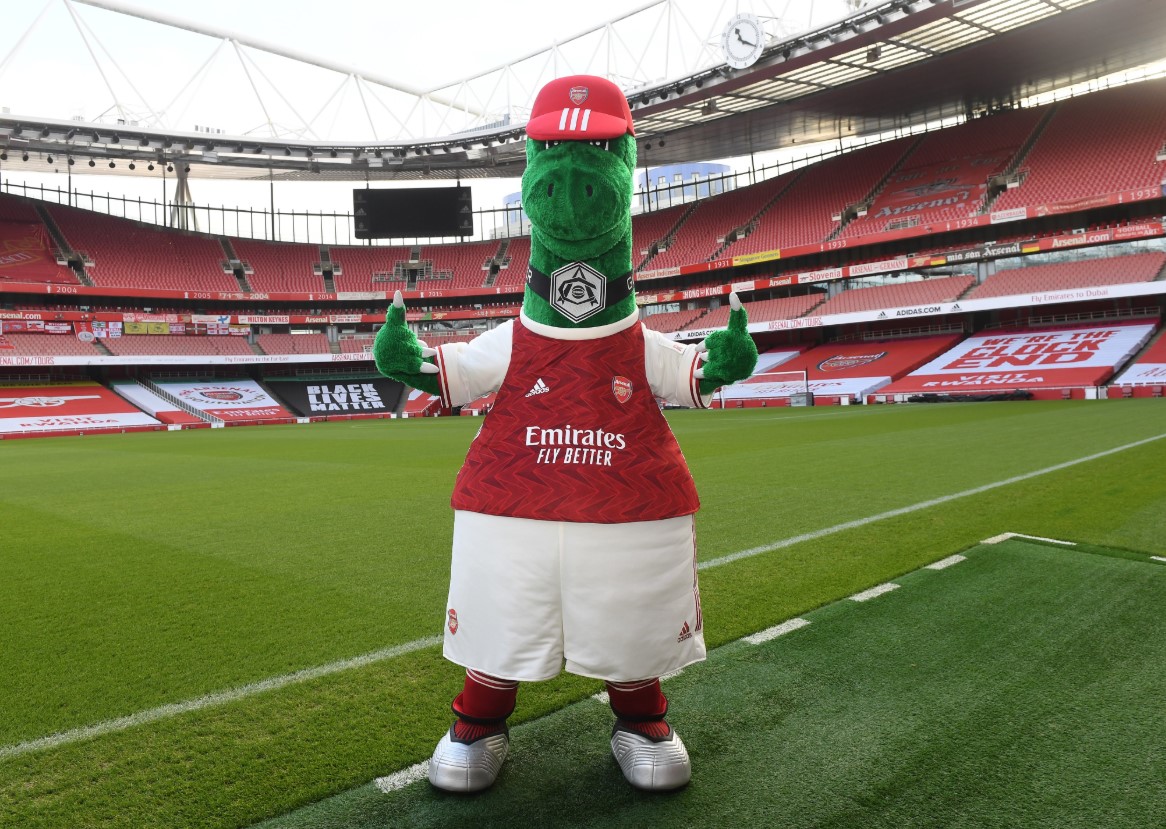 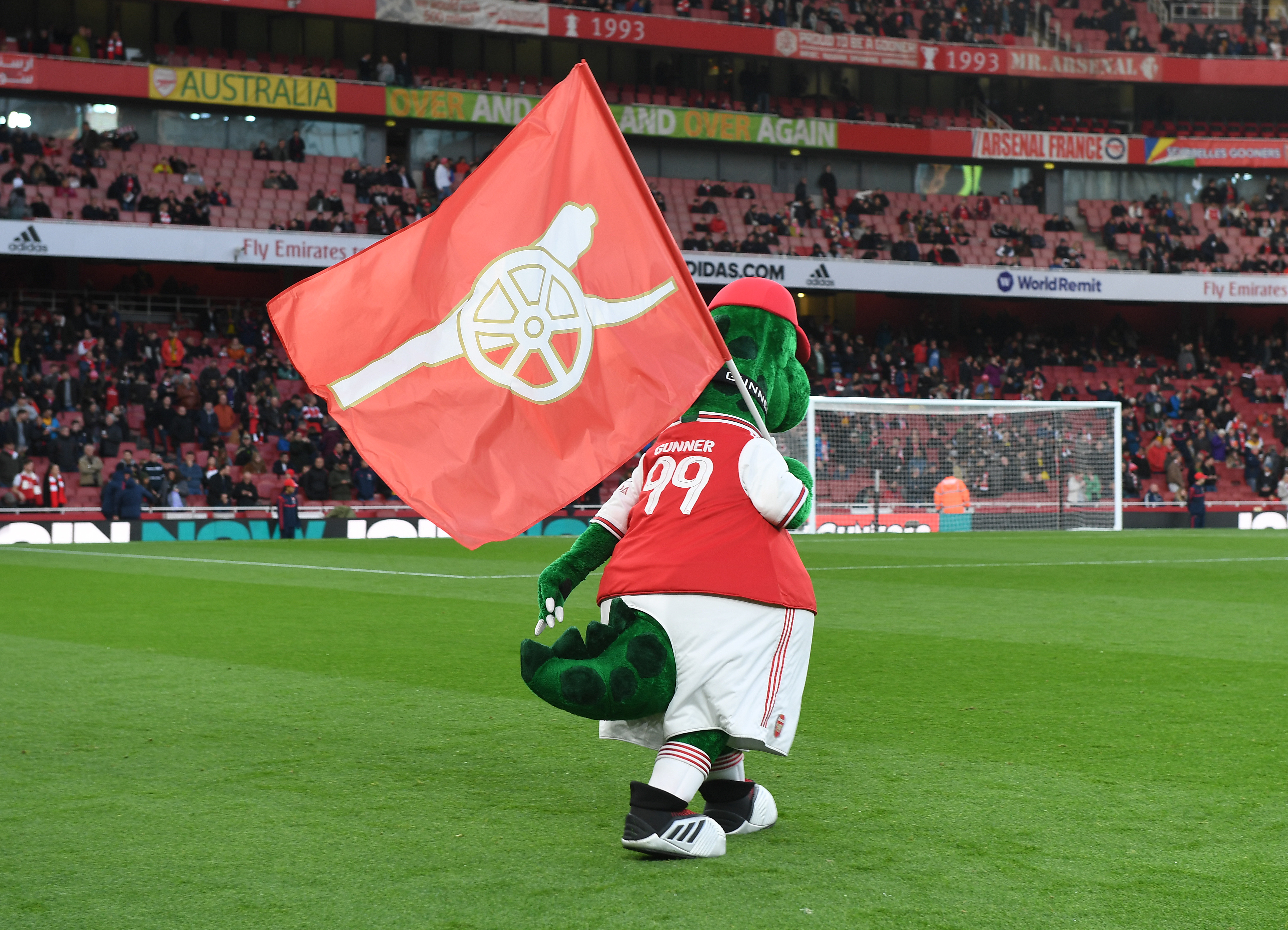 SunSport understands it will now be filled on a rotation basis by various people instead of just one individual.

The hugely-popular dinosaur faced extinction earlier this summer when the Gunners temporarily ditched the Premier League's most recognisable mascot.

The decision was made in order to cut costs, with over 50 employees made redundant by the North London side.

Public outrage followed, with the likes of Piers Morgan and Holly Willoughby panning the decision.

And outcasted winger Mesut Ozil even offered to pay the beloved dinosaur's wages for the remainder of his spell with Arsenal.

But fans were rejoicing earlier this week when Gunnersaurus himself shared a snap of himself at the club’s home and roared on Twitter: “Back at Emirates Stadium today.”

However Quy’s son David confirmed that his father will no longer be donning the dino costume and entertaining supporters.

And he also revealed his bitterness at how his dad’s time at the Gunners ended.

In a statement released on Twitter, he said: “My Dad loyally served Arsenal in the much-loved role of Gunnersaurus, his alter ego, for 27 years (voluntarily for the first 14!), helping to create a character mascot that is hugely recognised across the world of football and beyond.

“In response to the pandemic, Arsenal FC decided they would include the role of Gunnersaurus as part of their cost-cutting redundancy exercise, owing to the lack of matchdays and community opportunities.

“Understandably so, as it wasn’t a full-time role any more, but Gunner wasn’t about to become extinct! Just simply lose his familiar heart and soul.

“Unfortunately, Arsenal were unable to find a suitable way to include my Dad in their ‘new normal’ part-time plans, or even offer him the chance to hand over his legacy. Perhaps they see him as an extinct dinosaur afterall!

David continued: “To ‘act with class’ is an Arsenal value that I remember well from my time working at the club, and my Dad certainly honoured that. However, I don’t feel this was reciprocated in how his journey ended.

“All this to say, this unique and privileged job has given the family and fans alike many great memories, and all good things do eventually come to an end.”

He added: “I’d like to thank George Allen for setting up the GoFundMe page, and Mesut Ozil and the hundreds of fans who sent thoughtful messages and donations – I know this support means so much to my Dad.

“But it was never about money, it was about my Dad’s loyalty and memories of 27 fond years of Gunnersaurus. All funds received will be donated to charities close to my Dad’s heart.”

Quy, a lifelong fan of the Gunners since taking in his first game in 1963, was part of the Junior Gunners and Travel Club.

So committed was the man behind Gunnersaurus, he even missed his own brother's wedding to attend a home game.

Even without live football or fans, Quy kept fans entertained during lockdown.

Throwing on the costume, he shared some snaps of 'Gunnersaurus at Home' in a bid to cheer up house-bound supporters.

Quy shared pictures of himself gardening, ironing and watching Bargain Hunt to pass the time.