THIS is the moment two randy rabbits were caught getting down and dirty in the middle of a horse race.

Thankfully for the amorous bunnies, they managed to run off before being trampled by a stampede of hooves. 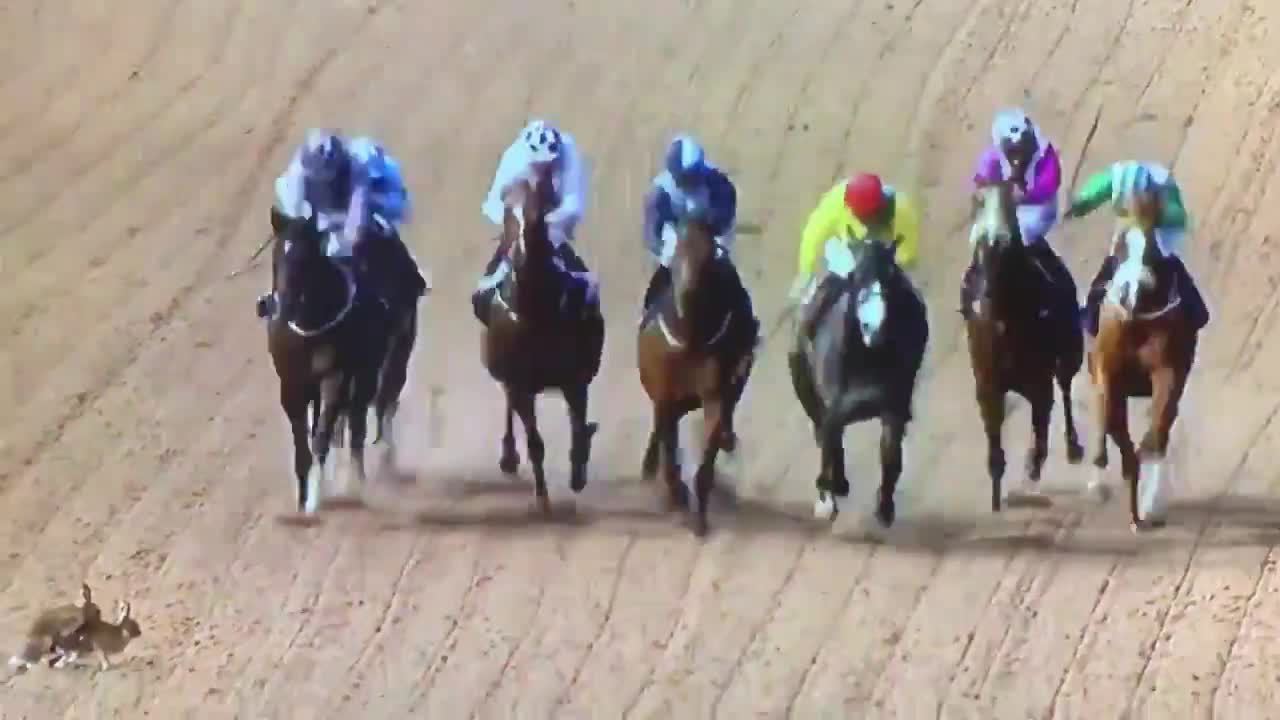 The 6.45pm race at the Irish track of Dundalk took a dramatic turn as the seven horses approached the closing stages.

Two rabbits appeared to be having sex on the sandy tack as the much larger animals thundered home.

Their love-making may have been interrupted as they scarpered to safety, but at least they escaped with their lives. 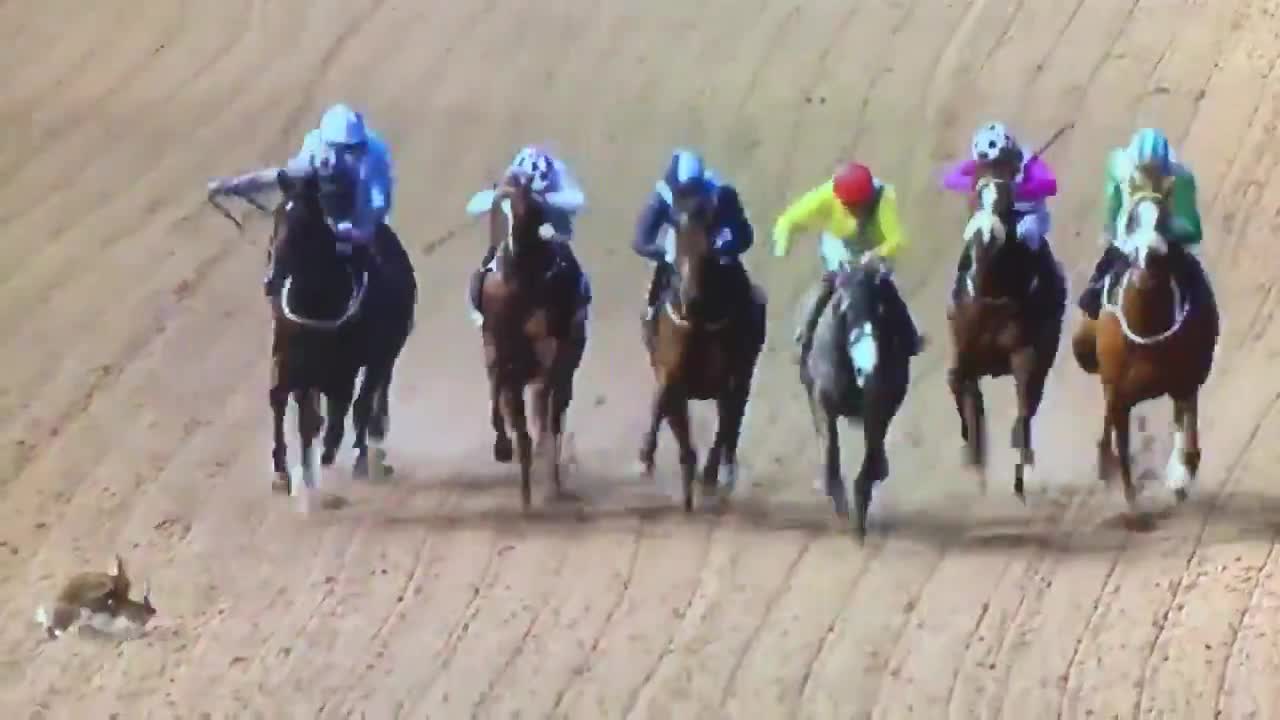 Jupiter Road was the horse that came closes to crashing into the rabbits as it tried to keep in touch with then-leader Lafayette Hill.