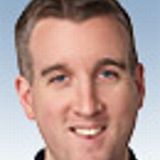 Kieran Darcy is an ESPN.com staff writer. He joined ESPN in August 2000 after graduating from the University of Pennsylvania, where he played four years of JV basketball.

The draw for the 2020-21 UEFA Champions League was held on Thursday. Here are eight quick betting thoughts, based on the eight groups and the opening odds to win it all:

• Defending champs Bayern Munich have been made 4-1 co-favorites at Caesars Sportsbook by William Hill, along with Manchester City. That’s certainly well deserved for Bayern, who just won a treble — taking the Bundesliga and the DFB Pokal as well. Atletico Madrid is in their group, not easy, but those two teams should comfortably advance over the other two, Salzburg and Lokomotiv Moscow.

Co-favorites seems a little kind to Man City, however, who were just upset by Lyon in the quarterfinals a couple months ago, and have failed to advance past the quarters in Pep Guardiola’s four years in charge. They shouldn’t have any trouble getting out of their group though, up against Porto, Olympiakos and Marseille.

• Liverpool, the reigning champions of England, are right behind the co-favorites at 5-1. That seems fair, given that they also won this competition two years ago. They’re off to an excellent start this season, with three straight wins in the Premier League. And they have a relatively easy group, too, featuring Ajax, Atalanta and Midtjylland.

• Paris-Saint Germain, who lost to Bayern in the final back in August, are next up at 10-1. A tougher group, also including Manchester United and RB Leipzig, means advancing is not a given. In fact, FiveThirtyEight lists PSG’s chances of making the Round of 16 at 82%, significantly lower than Man City (95%), Liverpool (92%) and Bayern (89%).

• Real Madrid, the defending champs in La Liga, are 12-1. Their chances of advancing to the Round of 16 are even lower according to FiveThirtyEight, at 78%. That’s because they’ll be facing relatively stiff competition in Shakhtar Donetsk, Inter Milan and Borussia Monchengladbach. In fact, this group is the toughest according to the SPI (Soccer Power Index), with an overall rating of 81.3.

• Perhaps the biggest headline to emerge from the draw was the pitting of Lionel Messi against Cristiano Ronaldo, who will be playing against each other in the group stage for the first time. Barcelona and Juventus aren’t just in the same group, they’re both 16-1 to win it all. Ronaldo is well past his prime, but Messi much less so, and that seems like a pretty attractive price at which to gamble on the G.O.A.T. and company.

FiveThirtyEight agrees, making Barcelona fourth choice to win the Champions League at 11%, behind only Bayern (21%), Man City (16%) and Liverpool (12%). Juventus, incidentally, is way down that list at just 2%.

• Atletico Madrid and Chelsea are both 20-1. Atletico is tempting at that price, too, if you believe Luis Suarez could be the missing piece. Chelsea should get out of a group that also features Sevilla, Krasnodar and Rennes, but it’s hard to get very excited about a team that just drew 3-3 with West Brom.

• Manchester United at 25-1? Not terrible. They did knock out PSG in the Round of 16 three years ago. Some more reinforcements, particularly the likes of Jadon Sancho, would make this a more attractive proposition.

• And finally, there are three teams at 33-1 — Atalanta, Borussia Dortmund and Inter Milan — and you can make a case for all three as dark horses to win this competition.

Atalanta advanced to the quarterfinals in their first-ever Champions League appearance last season, finished fourth in Serie A but were tops in terms of xG (expected goal) difference, way ahead of champs Juventus. Dortmund finished second behind Bayern in the Bundesliga last season, and are loaded with young talent. And Inter finished just one point behind Juventus, and were well ahead of Juve in xG difference as well.

Dortmund has the easiest group of the three, joined by Zenit St. Petersburg, Lazio and Club Brugge. What the draw will look like for the Round of 16 and beyond is anybody’s guess.