EVERY child hopes to sign for a club like Manchester United…but Bebe's time at the Theatre of Dreams became a nightmare.

This week marks ten years since the Portuguese flop made the move to Old Trafford. 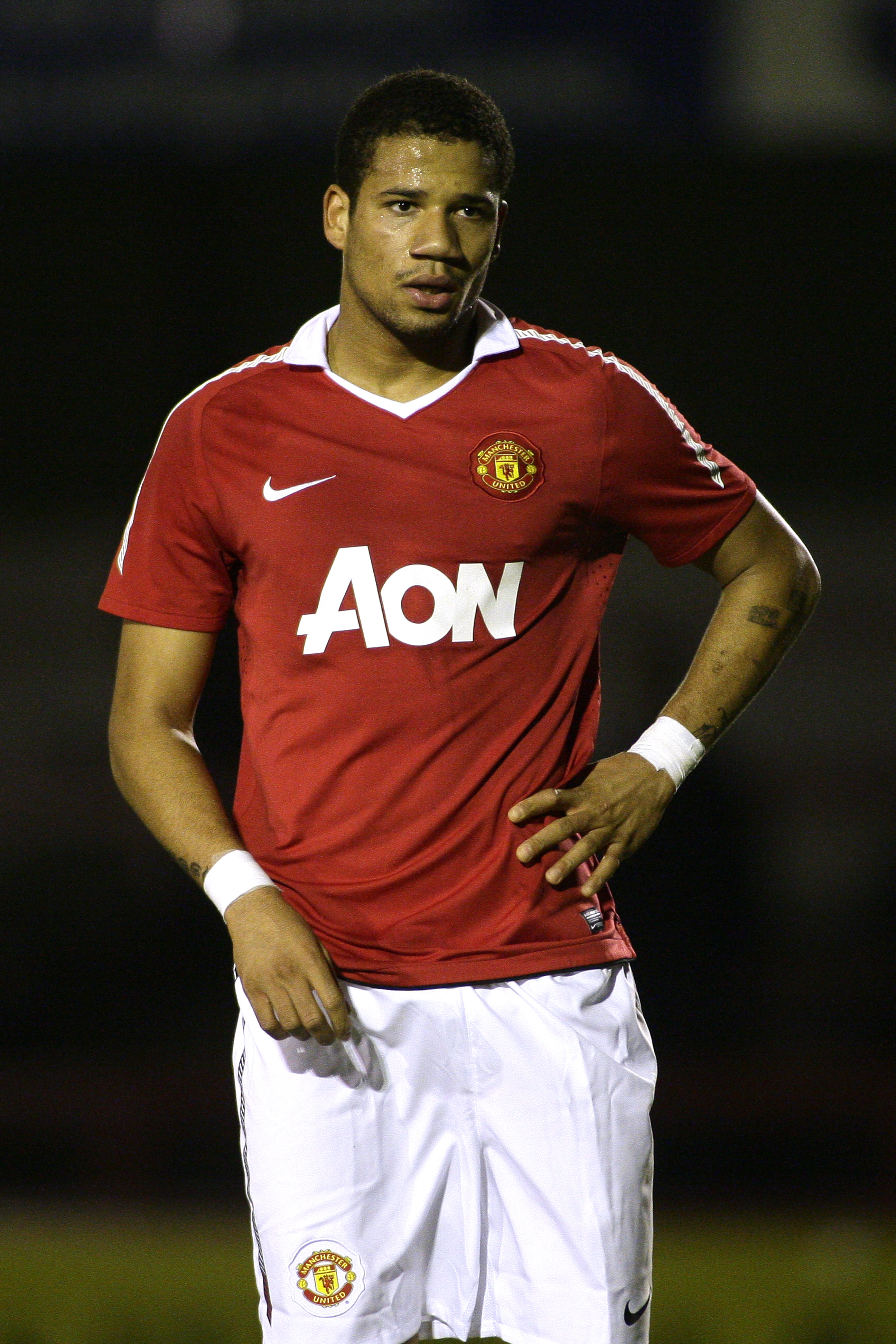 Recommended to him by trusty No2 Carlos Queiroz, Sir Alex activated the player's release clause at Vitoria Guimaraes despite having NEVER seen him play.

It should have been the ultimate rags to riches fairytale but ended in Bebe being regularly labelled one of the biggest failures in the Premier League's history.

He left in 2014 having made just seven senior appearances in four years.

And Bebe said when he found out he had been sold to Benfica it was the "best moment of my life".

But what is he up to now?

After being abandoned by his parents, Bebe spent the best part of a decade in a homeless shelter, where he was taught to read and write and reluctantly learnt to play football.

As quoted by the Daily Star, he said: "I had eight years in an orphanage. There, I did not like football.

"But my friends always wanted to play and I had no choice but to join in."

He soon picked up the game on the dusty pitch at Lisbon's Caso do Gaiato.

Bebe's big break came after he was talked into representing Portugal at the Homeless World Cup.

Something he admits he only did for a laugh.

He added: "They asked me to go to the Homeless World Cup, and I accepted.

"I went there as a joke, but scored 40 goals in six matches."

But incredibly, Bebe admitted he wanted to stay HOMELESS rather than join a club.

He explained: "I didn’t want to sign for a team because I did not want to have to leave the orphanage.

"It was difficult to leave. But I carried on going back there to sleep whenever I could." 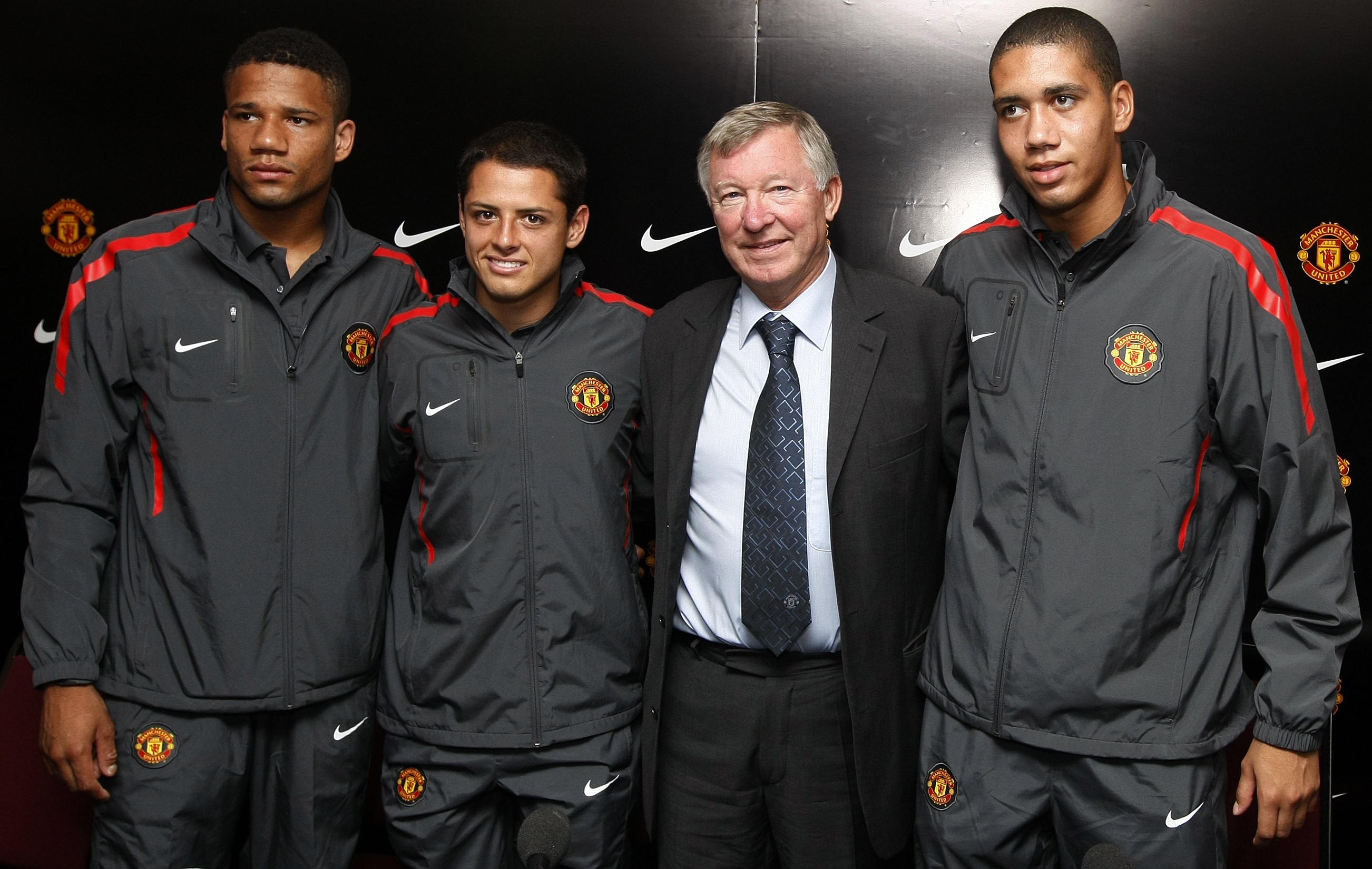 Bebe said he believed he was being wound up when he was told of Manchester United's interest in him.

It was only a matter of weeks after he had traded third tier Estrela de Amadora for top-flight Vitoria Guimaraes.

He told Goal: "It wasn’t that [I didn’t believe in myself], I just know what life is like and I think anyone would have the same thought as me.

"If you are playing in the third or fourth division in Portugal and suddenly one of the best teams in the world calls you, I think anyone would think ‘Can this actually be true?'

"I felt that way for a week or two, thinking that they were joking with me.

"When I signed, I didn't go to England but instead spent four days in Portugal. And I still thought they were kidding.

"I went to Carrington, I met all the players for the first time but I still thought that it was a lie!

"But the moment I spoke with Ferguson, that was when I thought: ‘finally I am here’.

"I started believing it in my head on that day, it took a lot to believe it!"

FOUR YEARS AS A RED DEVIL

It did not take United too long to realise super agent Jorge Mendes had oversold Bebe's ability.

He started a mere three games for the Red Devils, all in domestic cup competitions.

In one rare Premier League appearance against Wolves he produced a horror display of crossing after coming off the bench early on for the injured Owen Hargreaves.

It led fans to question his future as a professional and many even felt sorry for him with his confidence visibly shot.

Bebe suffered the shame of being a sub who was then hauled off himself in the second half.

He did manage two goals in a red shirt but was farmed out on loan to Besiktas, Rio Ave and Pacos de Ferreira. 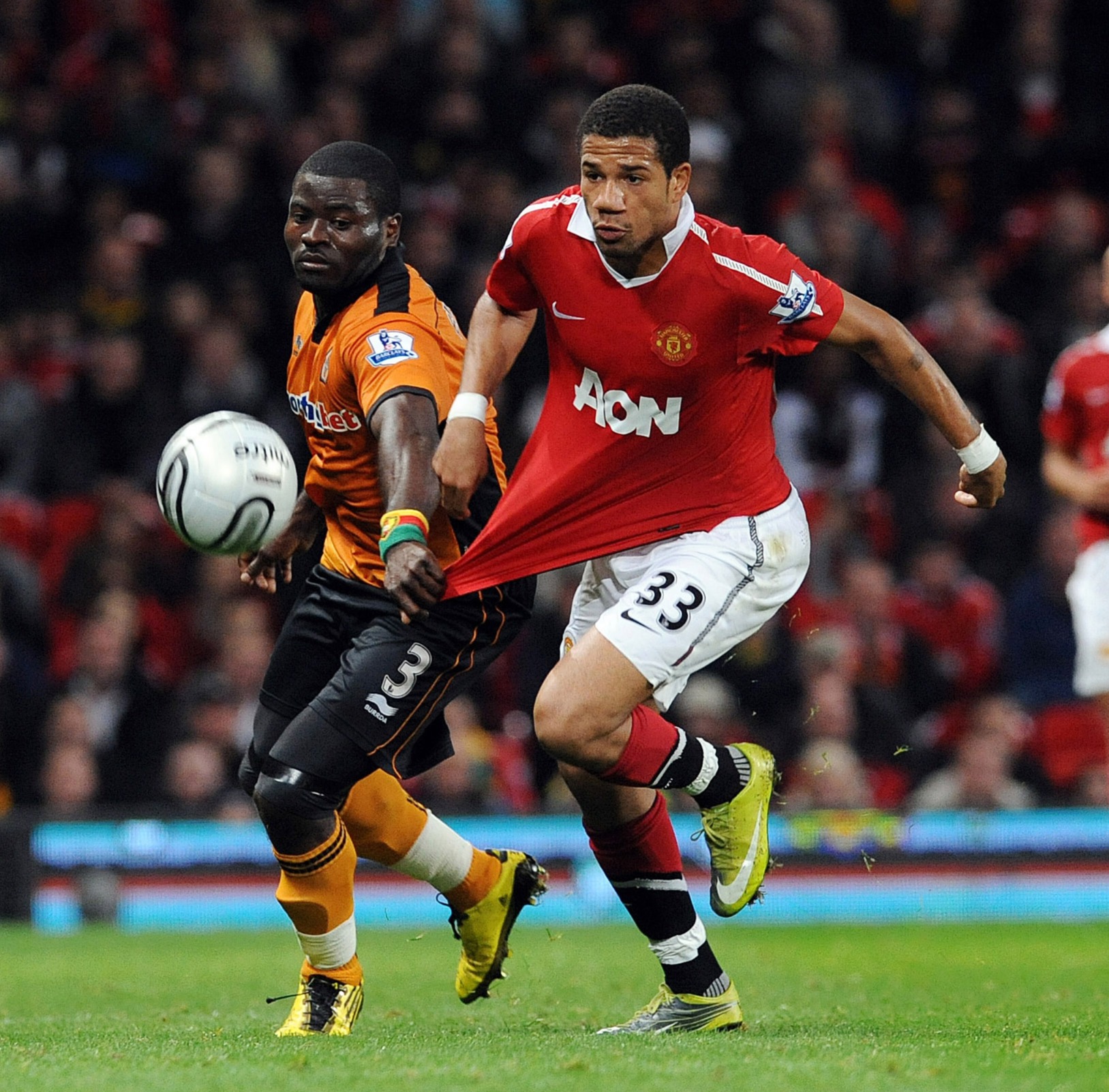 A move to Benfica was agreed for £2.4m as United swallowed a £5m loss on their disastrous investment.

Bebe told Goal: "Every day I called my agent to ask him to get me out. It was a bad time.

"When you do not play, even if you are at a great club, then you are not happy, so why continue?

"I remember that I was going for a United game with the youth team, and my agent called me and told me I had been sold to Benfica.

"It was the best moment of my life!

"I am a ‘Benfiquista’, it was a dream to play there because all my friends and my family supported Benfica.

"I did not sleep that day! I spent the whole day awake."

Bebe's time at Benfica played out in a similar fashion to his spell in England.

He made just six appearances for the Portuguese side, failing to register a single goal, and was shipped out on loan to La Liga sides Cordoba – no goals in 18 games – and Rayo Vallecano – 3 goals in 34 league games.

In 2016 Eibar offered him a permanent Spanish home. 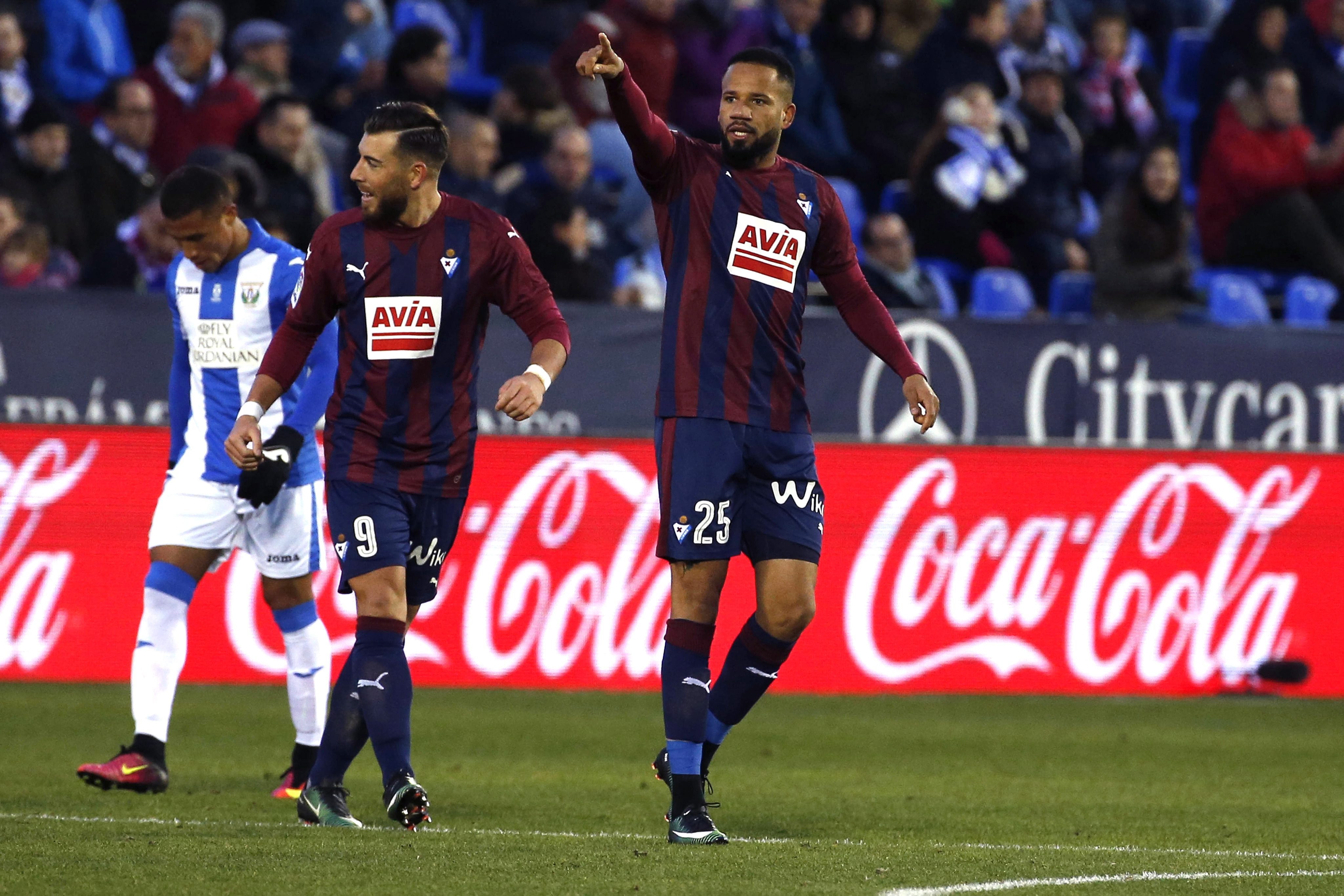 January 2018 saw a return to Vallecano on loan, this time in the Spanish second-tier, and three goals and an assist in 17 games proved enough to help his side secure a return to the top flight.

Bebe was rewarded with a permanent deal in August two years ago and, now 30, still turns out for the Madrid-based club.

They finished rock bottom in 2019 and were relegated to the Segunda again, where they will stay after finishing seventh this campaign.

The former Portugal Under-21 star has chalked up 95 appearances for the club, registering ten goals and 12 assists. 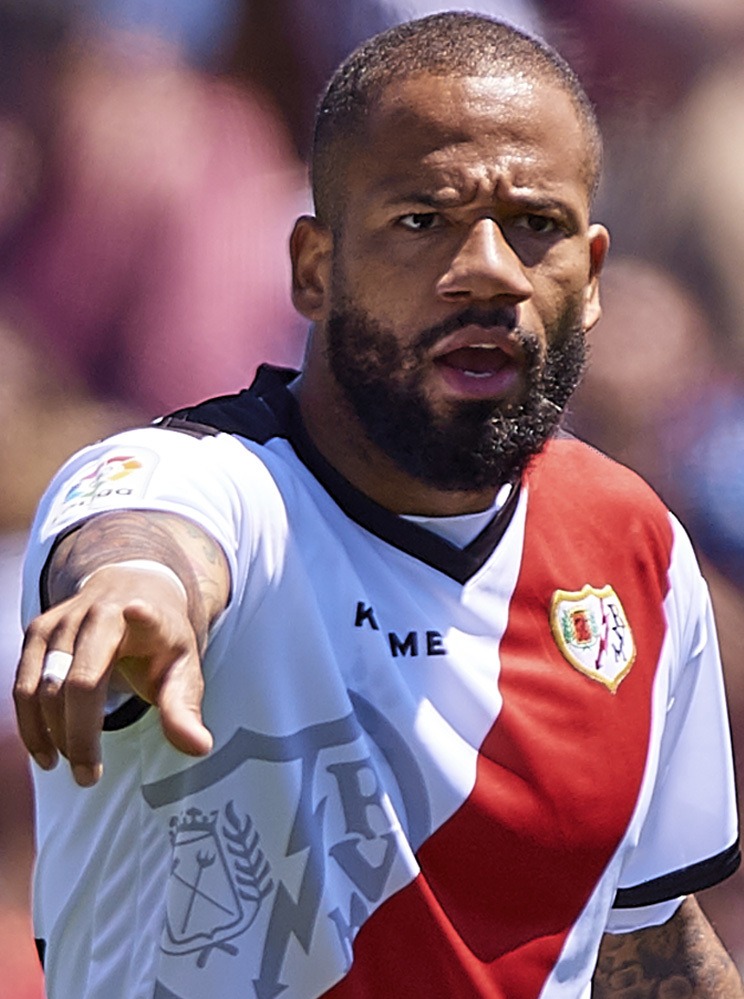 The tattooed and bearded man Bebe is now, is a far cry from the fresh-faced and wide-eyed 20-year-old who first arrived at Carrington all those years ago.

He celebrated turning 30 last month and has been keeping his 45,300 Instagram followers up to date with his injury rehab.

He tore his ACL in October for the second time in his career and is not yet back to full fitness after undergoing an op.

From humble beginnings Bebe now lives a comfortable lifestyle as a pro.

When he signed his first professional deal with Estrela de Amadora he received just shy of £1,000.

Bebe told Desporto: "It seemed crazy. I was at the school and receiving 1,100 euros, for me it was Euromillions."

But after signing for United he cashed a cool £500,000 signing-on bonus and collected around £22,000-a-week, according to Football Leaks data.

He revealed how his new-found wealth changed his shopping habits. 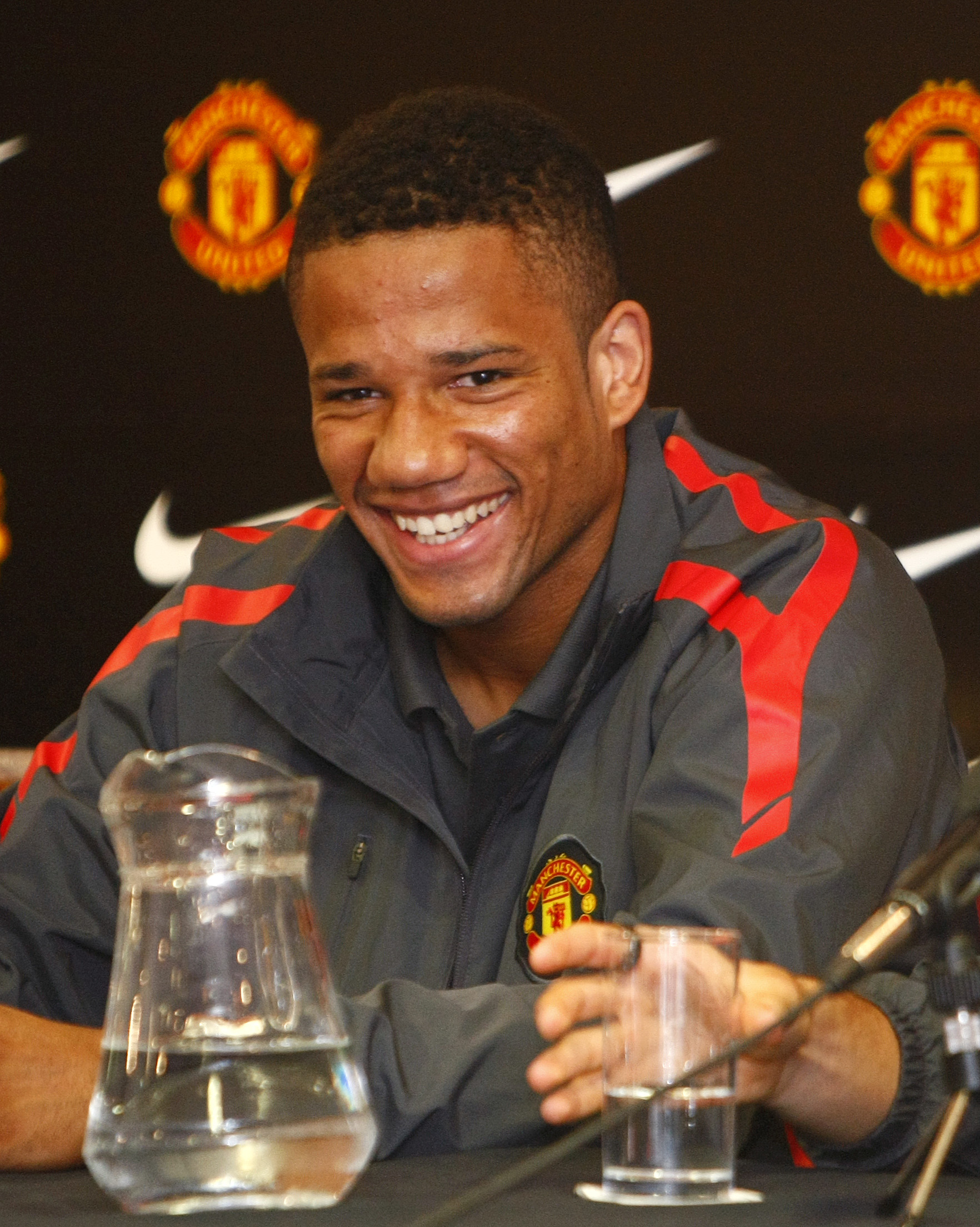 Bebe added: "In the beginning, maybe you want to buy the things you never had and now you can.

"See shoes that cost 200 euros and that your grandmother never gave you, but now you can buy them, you can also give one to your brother, you can buy your car.

"At Christmas, buy a gift for each one or give a gift to someone for their birthday.

"It’s one of the best things in life: having the chance to have a job that allows you to help your family."

Bebe explained: "When I received the envelope for the first salary, I remember turning to the person who was with me, and asking if it was five months' salary and he said it was a month. I started laughing.

"I also remember that the first time I went to buy clothes, I went with a friend, we went to Gucci and that person said to me, 'No, let's go here to Diesel and Salsa and stuff, it's more humble.'

"The next month we went to the same shopping centre, this person wanted to go to Diesel and I said, 'No, come here, let's buy something from this side'. And we started laughing."

Bebe may now be able to afford designer gear thanks to his stint as a Red Devil.

But his purchase is one that will be forever remembered for all the wrong reasons for those associated with Manchester United.