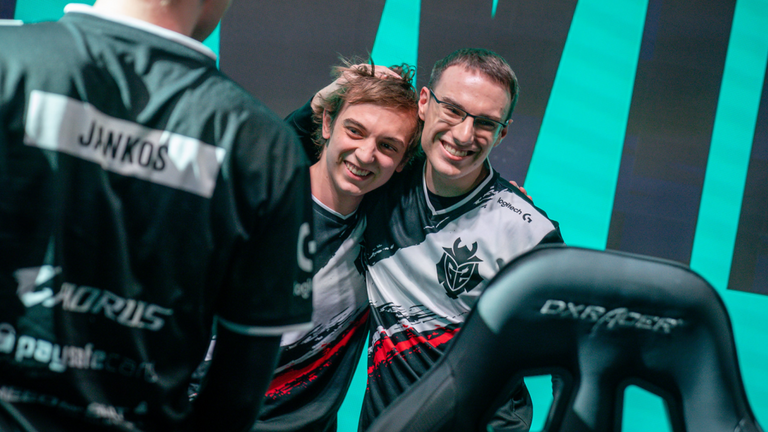 The 2020 LEC Summer Split has come to an end as G2 take down Fnatic 3-0 to secure yet another grand finals victory and taking home their fourth consecutive title.

Caps, who’s already widely regarded as one of the best European mid laners that’s ever played the game of League of Legends, says his team has done enough to be recognised as the greatest EU team of all time.

He said: “I think it’s fair to say we’re the greatest EU roster – we obviously won MSI as well. And I think when you start talking about the best ever, you have to include international performance right? Europe has honestly has been doing better and better every year internationally. The last couple of years have been like big improvements from barely getting out of groups to actually making it to the finals now. We didn’t win Worlds, but that is that’s something we are looking to fix this year.”

In true G2 fashion, they showcased some great individual skills and mechanics in the finals as well as some spicy draft picks. Caps revealed the idea to put Jankos on Shen actually came from watching the LCS just the night before the LEC final where the TSM versus Team Liquid game didn’t finish until 3am in Berlin.

He said: “We stayed up late because we were watching the TSM Team Liquid series yesterday and that’s where the inspiration for the Shen came from. We went to bed pretty late but we got some great inspiration for the draft that allowed us to win the game!”

Caps, affectionately labelled as “Baby Faker” was also awarded the LEC MVP award for the 2020 Summer Split despite his team only finishing third in the regular season behind Rogue and MAD Lions.

He said: “Usually in the last few splits, I feel like my team has always dominated the regular season and then whoever did the best on the team or had some good plays, just kind of got voted MVP. I think this split was obviously different because we were not doing very well in the regular season. In fact, we were kind of bad in the regular season. So I feel honoured that people still voted me MVP. But there were definitely cases for other players. Rogue finished first and MAD were also second in the regular season. Also, people were saying Gilius who completely helped to turn the team around but I’m still happy that I won.”

MVP @G2Caps breaks down our 3-0 against Fnatic in the #LEC Finals recap, presented by @MastercardNexus

Despite underperforming during the regular season, G2 have peaked at the perfect time – just three weeks before Worlds, the most prestigious tournament in League of Legends and a competition Caps is too familiar with. Last year’s winners FPX, who beat G2 in the finals won’t be there so who is Caps looking forward to facing the most?

He said: “The LPL teams are usually the ones that give me the biggest trouble. So I wouldn’t mind playing all of them but probably not before the final. I think Knight is definitely someone that would be fun to face up against. I’ve looked at what he’s been doing and took some stuff from him you know but let’s see who can get more stacks on Mejai’s!”