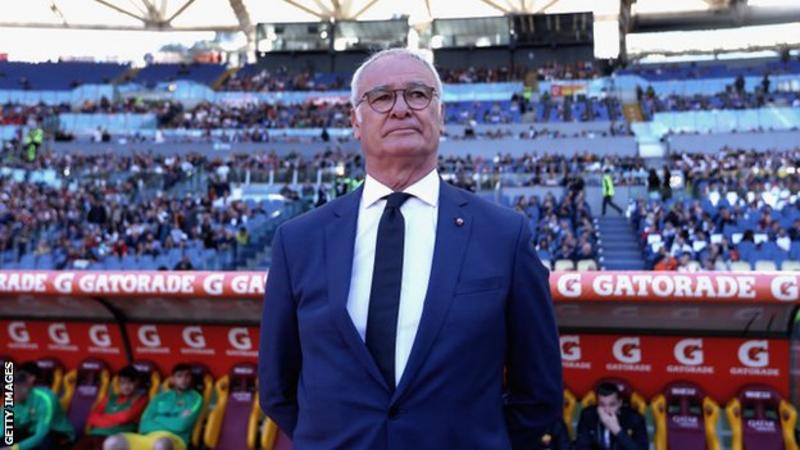 Former Chelsea and Leicester City boss Claudio Ranieri has been appointed as Italian side Sampdoria’s manager.

Ranieri replaces Eusebio di Francesco, who was sacked on Monday with the club bottom of Serie A after six defeats in seven matches.

The 67-year-old Italian also succeeded Di Francesco at Roma in March on a contract until the end of last season.

It is his 20th managerial appointment and a ninth spell as a boss in Italy’s top flight.

Ranieri was dismissed by Leicester nine months after famously winning the 2016 Premier League title despite beginning the campaign as 5,000-1 outsiders.

He spent the 2017-18 season at Ligue 1 side Nantes in France, before returning to the English top flight with Fulham in November 2018.

Sacked by the Cottagers after only 106 days in charge, Ranieri then took over at Roma, where he began his career as a player.

He guided them to sixth in Serie A last season, finishing three points behind the Champions League places.

Sampdoria, who were beaten 2-0 at Verona in Di Francesco’s final match in charge on Saturday, are two points adrift at the bottom of the table, having won only one league game so far this term. Kylie Jenner Gets Comforted by Stormi After Getting...