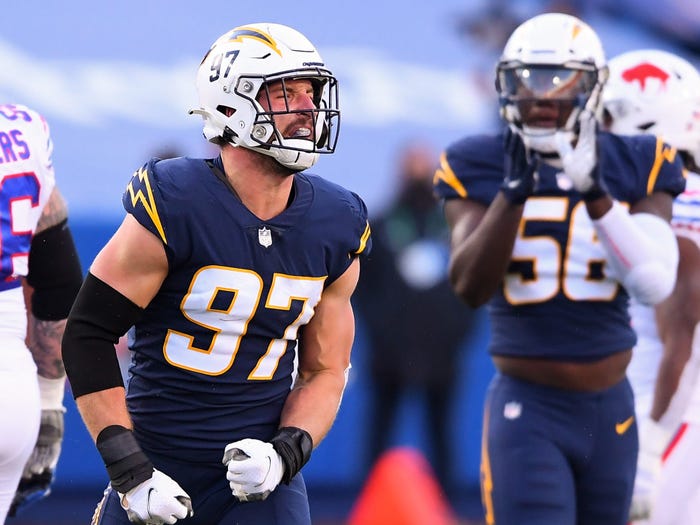 Joey Bosa had one of the most dominant defensive performances of the NFL season on Sunday against the Buffalo Bills.

The Chargers defensive end and shortlist nominee for NFL Defensive Player of the Year finished with three sacks, six tackles for loss, five quarterback hits, and a fumble recovery. While his performance wasn't enough to get the Chargers the win, it was a true showcase of how one defensive player can cause problems for an entire offense.

Luckily for football fans, Bosa was mic'd up during his big game, giving viewers an inside look at the battles in the NFL trenches. Even for a player as tough as Bosa, the hits are pretty brutal, but players on both sides maintain a respect for one another throughout.

On Twitter, fans loved both Bosa's play and his passion.

The Chargers are a disappointing 3-8 so far this year with no realistic chance of reaching the postseason. But with Bosa anchoring their defense for years to come after signing a monster extension this offseason, Los Angeles could be a force next year if things fall their way.