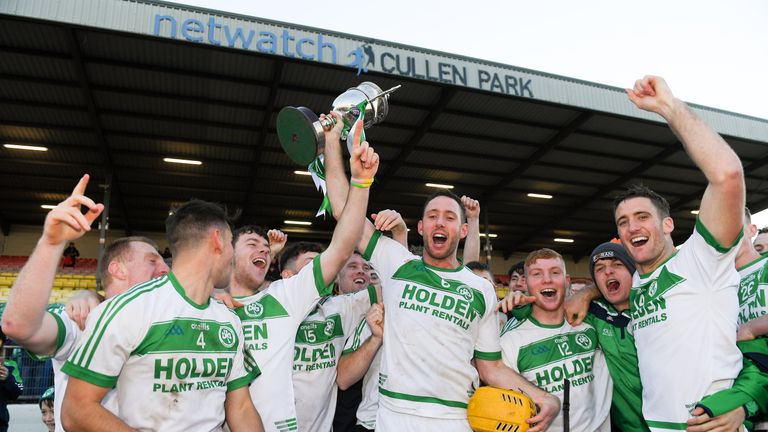 Ballyhale Shamrocks and Gaoth Dobhair picked up the provincial titles on offer on Sunday afternoon.

A strong second-half showing from Ballyhale saw them record a convincing 16-point win over Ballyboden in Carlow.

The Kilkenny side started the brighter, breaking into an early 1-02 to 0-01 lead thanks to a goal from Adrian Mullen. However, the Dubliners kept in touch as Ballyhale saw chance after chance go begging as they hit 10 first-half wides.

Buoyed by a significant support, Ballyboden drew level in the first half, with Paul Ryan deadly from frees and two well-taken points from Dublin footballer Collie Basquel.

Nonetheless, Ballyhale’s pressure eventually told as they went in 1-09 to 0-08 up at the break.

As a deluge of rain fell for the second half, it was Ballyhale who reacted the better. 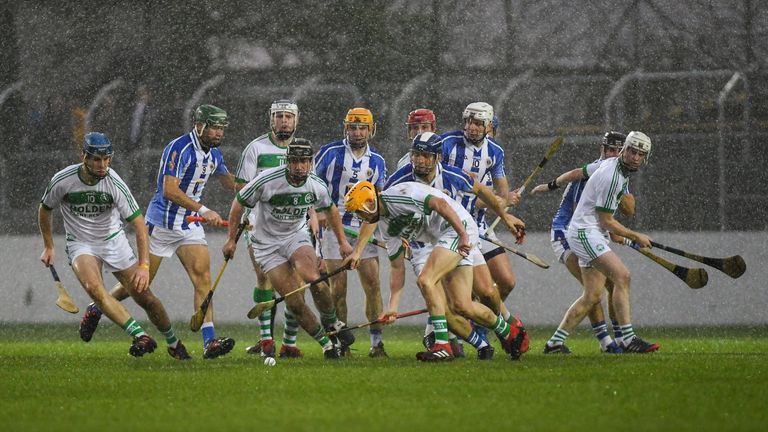 Two frees from TJ Reid stretched their lead, before ‘Boden had a golden opportunity as Niall Ryan bore down on goal but drove over the bar.

From there, it was all Ballyhale as they went on a scoring spree to win the second half 1-12 to 0-3, with a late goal from Mullen the icing on the cake.

They now face Ballygunner in the All-Ireland semi-final in February.

Gaoth Dobhair became the first Donegal club since 1975 to be crowned Ulster champions after the Gaeltacht side overcame Scotstown after extra-time in Omagh. Odhrán MacNiallais scored four points while veteran Kevin Cassidy pitched in with two in a historic win.

In a cagey affair at Healy Park, the Monaghan champions built a three-point lead in the second-half of normal time which looked significant in the context of the low-scoring tie, but the Tír Chonaill side clawed it back to 0-11 apiece to force extra-time.

Gaoth Dobhair now look ahead to an All-Ireland semi-final in February when they take on reigning champions Corofin of Galway.

Make sure to keep up with all the latest GAA news and analysis via skysports.com, the Sky Sports mobile app and @SkySportsGAA on Twitter.

The Sky Sports mobile app will keep you up to date with the latest news from Gaelic games – here’s how to receive the alerts you want.