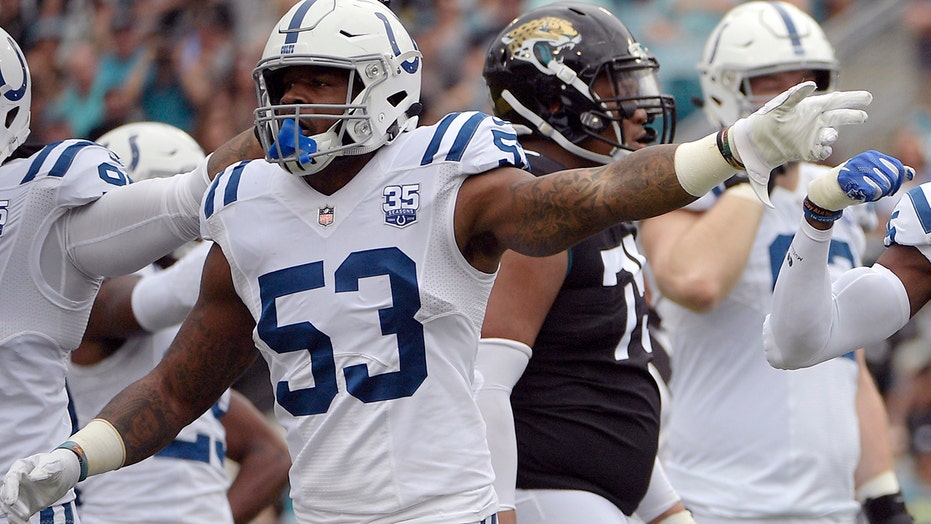 Indianapolis Colts All-Pro linebacker Darius Leonard gave one of his white gloves to a fan as a souvenir after the team’s 28-11 victory over the Minnesota Vikings on Sunday afternoon at Lucas Oil Stadium.

However, inside the glove, the fan discovered Leonard’s wedding ring.

Tyler Brooke, a podcast host, tweeted out that his step-nephew was the recipient of the glove, and he was looking for a way to return Leonard’s ring.

My step-nephew got @dsleon45’s game gloves yesterday,” Brooke wrote. “Plot twist: Leonard’s wedding ring was accidentally in the gloves. Someone help us get his ring back to him 😂 #Colts”

Brooke responded, "Keep me posted! Sounds like we got it taken care of."

A local reporter shared the video of Leonard throwing his glove to the fan. Not only did Leonard not realize his wedding ring was on his finger, but it was a far enough toss that it could have fallen out of the glove on its way to the fan, but it didn’t.

Leonard, an All-Pro selection as a rookie in 2018, came away with six tackles in the win over the Vikings.