The Belgium midfielder, 27, still has a chance of making the FA Cup final in three-and-a-half weeks – but is expected to be on the sidelines for the final four games of the Premier League season. 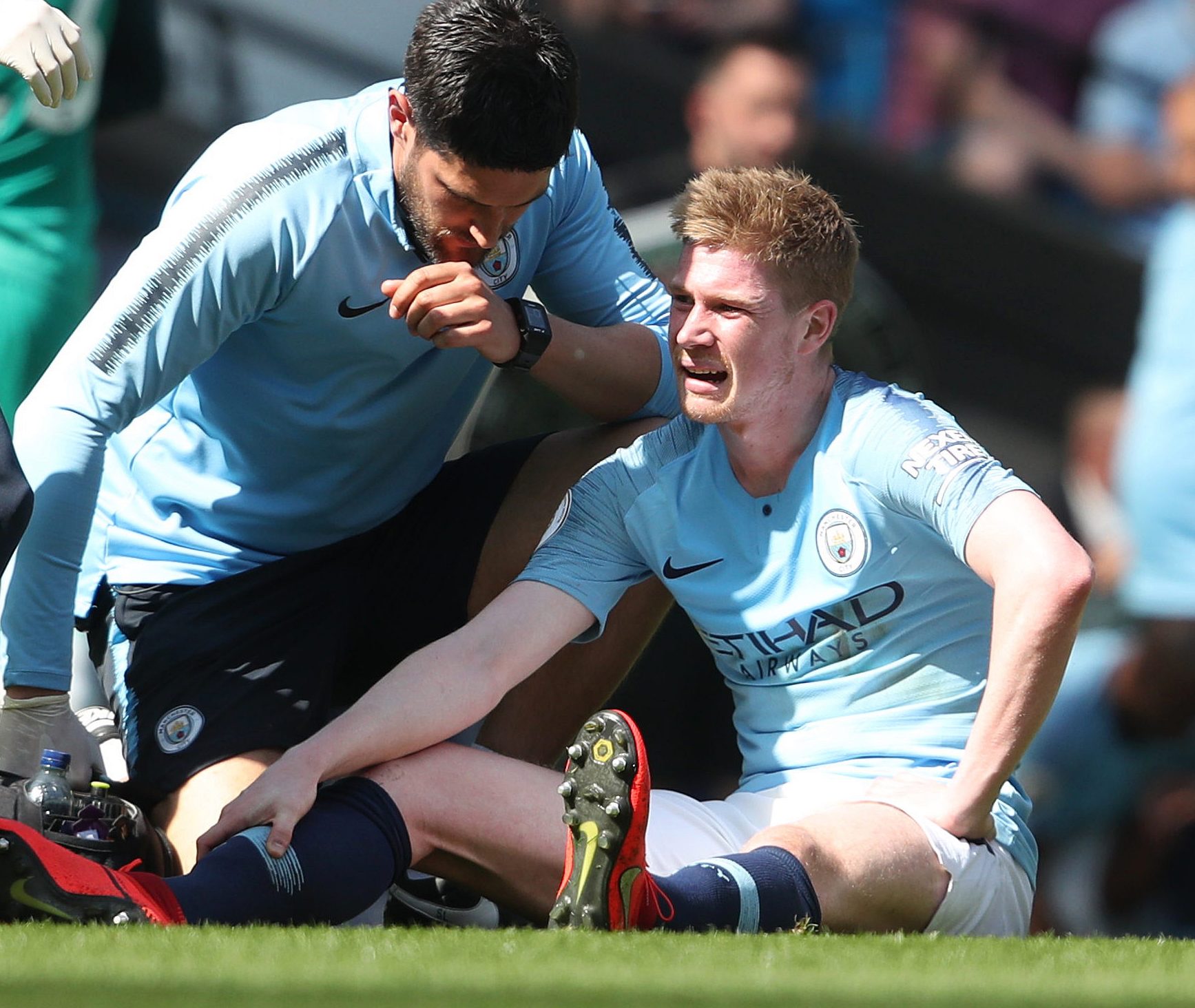 De Bruyne suffered the injury during the victory over Tottenham at the weekend and had Pep Guardiola fearing the worst.

The City boss immediately ruled De Bruyne out of tomorrow’s Manchester derby at Old Trafford in the champions’ game in hand on table-topping rivals Liverpool.

He was assessed by medics after getting withdrawn seven minutes before half-time – and while the damage is minor it will need at least two weeks before a return to full training.

De Bruyne has suffered a nightmare season with injuries and had to wait until October for his first appearance of the campaign.

His knee-ligament damage limited him to just one Premier League appearance in the first half of the season, then a hamstring injury in March ruled him out for a month.

De Bruyne was taken off 38 minutes into the Spurs win having played the full match against them in the Champions League three days earlier.

United legend Gary Neville said the injury was down to De Bruyne being overworked.

And he reckons it could be a major boost to Liverpool's title hopes.

He said: "That's what happens when you play Champions League on a Wednesday and a Saturday early kick-off.

"With these two teams going for the title you are looking at fine margins. The injury might just lift Liverpool a little bit with De Bruyne going off."

Fernandinho has been used as a sub in recent weeks as he works his way back from injury but may be drafted back into the starting lineup.

Phil Foden could also be handed a more important role in City's final four games having scored the only goal against Tottenham.