DAVID DE GEA missed out on the 2018-19 PFA Team of the Year after a blunder-filled season – but still makes the all-time XI.

The Spanish stopper, 28, missed out to Manchester City rival Ederson in this term's team but has previously been selected five times. 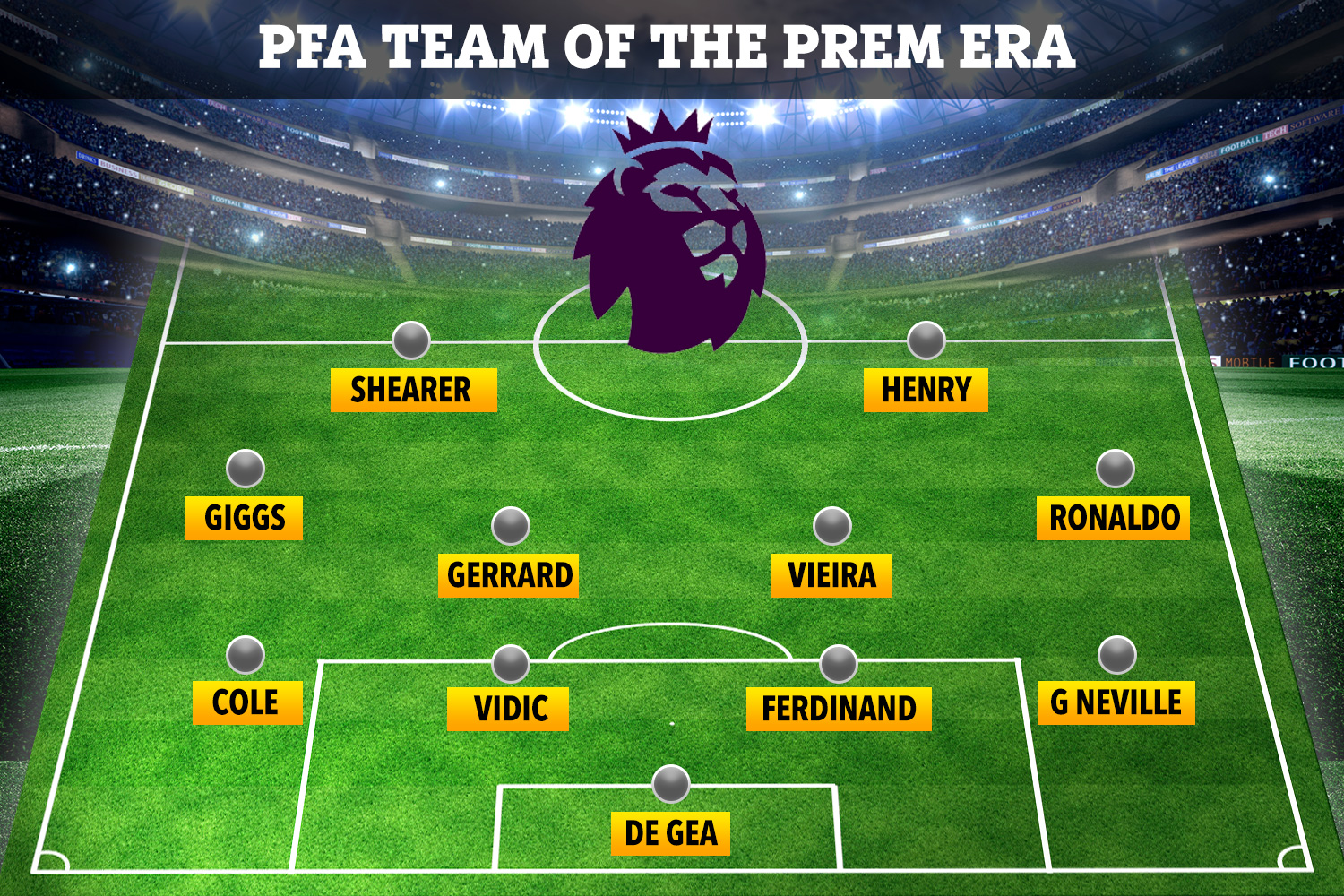 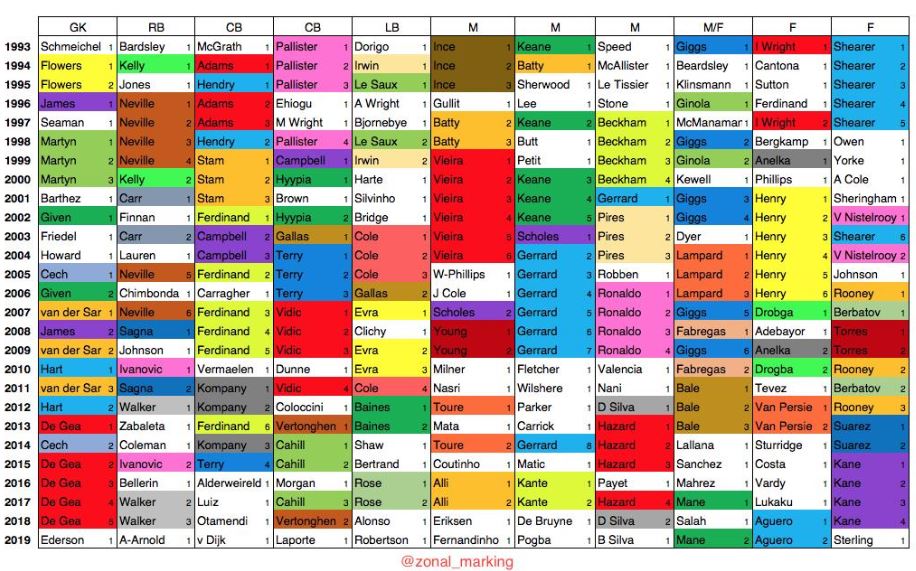 Thanks to research from Michael Cox (@zonal_marking), De Gea beats Nigel Martyn and Edwin van der Sar (both three TOTY picks) to the No1 spot.

Gary Neville take the right-back spot with six selections ahead of Kyle Walker – who's picked up three selections down the years.

Ashley Cole takes the left-side of defence with four Team of the Year picks, ahead of Patrice Evra with three.

In the heart of defence, Rio Ferdinand takes one spot with six inclusions, with Nemanja Vidic taking the other with four picks.

On the wings, Cristiano Ronaldo (four) and Ryan Giggs (six) make the all-time Team of the Year.