The Brisbane talent overcame a wonky start to shoot a fourth-round 70 to finish at 16-under-par and beat Leishman (69) by two strokes in yesterday’s shootout at Royal Pines. 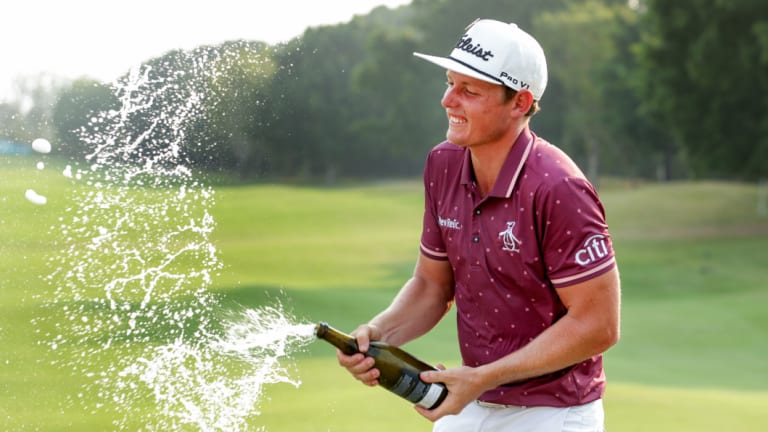 Smith looked dead and buried on the 12th but held his nerve to spoil Leishman’s best chance of a maiden win on home soil.

The win should propel him into the top 30 for the first time and give the 25-year-old confidence when he returns to the PGA Tour.

‘‘I’d love to get into the top 20 … that’s definitely the next big step to get myself in there and get myself in situations to win golf tournaments,’’ he said in reference to his winless season in the United States.

‘‘I did feel for Leish; it’s always hard going up against a mate and trying to win a golf tournament.
‘‘It’s a weird one, but I’m sure we’ll have a beer over Christmas or when I see him next and we’ll be back to being mates.’’ 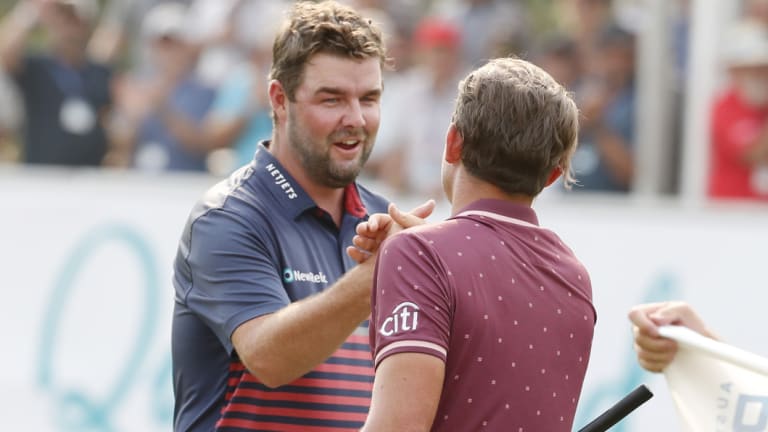 Smith started the day three clear but after Leishman chipped in on the fourth, he was suddenly behind and, by the 12th hole, faced a two-shot deficit.

But his luck turned when Leishman’s par putt on the 14th horseshoed out and drew the pair level.
Smith retained the lead on an eventful 15th hole where he missed another fairway and put his second shot into the 16th hole signage.

Taking a free drop from the tee box of the party hole par-3, Smith put his chip within a metre and putted out for birdie.

Leishman missed his birdie effort after a regulation approach to the green and then misread another mid-range par putt on the 16th to hand Smith a decisive two-shot buffer with two holes to play. 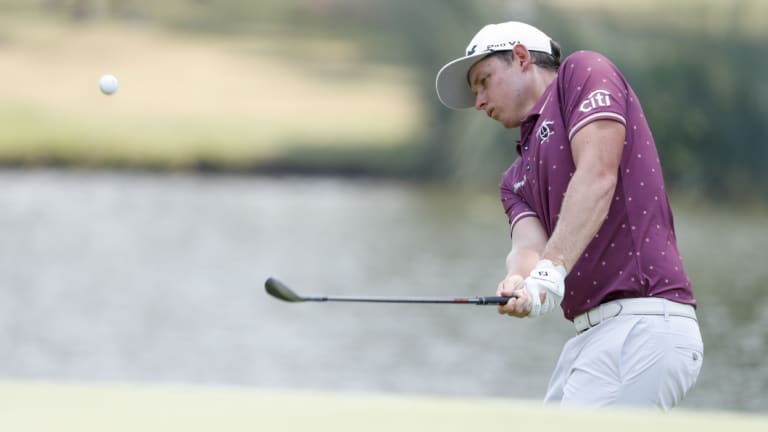 Local hero: Queenslander Smith plays a chip to the green on the final day.Credit:AAP

Leishman tipped his cap to his junior World Cup teammate but was clearly miffed despite claiming it would only take 20 minutes to move on. ‘‘I was leading by a couple [in Boston] going into the back nine and lost that. That one really hurt, but this probably equally if not more than that,’’ he said.

‘‘You’ve got to handle those things, make the most of the momentum when it’s going your way and try to keep it your way. I had it and lost it, unfortunately.’’

Smith is the first player since Robert Allenby in 2001 to win consecutive Australian PGA titles. Greg Norman (1984-85) and Kel Nagle (1958-59) are among the few others to have achieved the feat.

Matt Millar carded a four-under 68 to finish third alongside English bolter Ross McGowan (11 under), who came from last on the cut line after shooting a course record nine-under 63 with nine birdies.