Absent considered analysis, it’s concerningly likely that the reality of the actual findings of the Court of Arbitration for Sport in the headline-occupying case of Shayna Jack v Swimming Australia and the Australian Sports Anti-Doping Authority might end up distorted beyond meaningfulness.

On one hand, and with exquisite Instagramming panache, Shayna Jack has proclaimed that the CAS’s ruling, announced this week, means she’s "I.N.N.O.C.E.N.T." 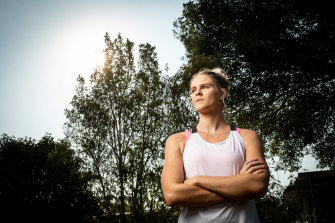 On the other hand, it’s hardly surprising (and equally unimaginative) that this declaration did invoke comparisons with one Donald J. Trump and his deluded belief he’ll be perched in the Oval Office next February, preening his feathers. The infinite fruits of the social media orchard …

On the third hand, we’ve a seemingly standard situation of an elite athlete being handed a two-year worldwide ban from all sport because an anabolic agent was detected in their system during a routine doping control test. In exacting circumstances, where anabolic agents are ABSOLUTELY AND POSITIVELY BANNED for all athletes, in all sports, in each of the 24 hours during every day in every year.

On the fourth hand, the CAS’s statement about the decision in Jack’s case has green-lighted fellow athletes – to wit, the two-time Olympic champion Cate Campbell – to assert publicly that the attention focused on Jack’s case, while the proceedings were sub-judice, amounted to “despicable” hysteria.

And on the fifth hand – I know, I’ve now got more hands than Vishnu – Jack’s legal representatives contend that the CAS’s decision exculpates the swimmer from that purgatory reserved for elite sport’s doping “cheats”.

Where’s the truth in all this; and what’s just convenient spin? Well, we must be careful – Sport Integrity Australia, FINA (the international governing body for aquatic sports, including swimming), Swimming Australia, WADA, and Jack herself each now have three weeks to decide whether they want to appeal the decision of CAS’s Sole Arbitrator. This matter isn’t necessarily over, by any means.

Moreover, as a matter of complete disclosure and transparency, I’m a member of FINA’s Legal Committee. I say that because precisely NOTHING that I’m about to say is, in any respect, to be interpreted as constituting the views or opinions of FINA, or its Legal Committee. These are my views, alone; not FINA’s.

As to the CAS decision, the relevant facts in short form are that on June 26, 2019, Shayna Jack submitted to an out-of-competition doping test. The sample collected from her was analysed, and it glowed orange for Ligandrol, an anabolic agent prohibited at all times according to WADA’s Prohibited List.

Ligandrol was specifically listed on the 2019 edition of WADA’s Prohibited List only by its other name, LGD-4033, in the “S1 Anabolic Agents” class of prohibited substances. The actual reference to “Ligandrol” wasn’t added in until 2020. There’s no question though: IT. WAS. PROHIBITED. 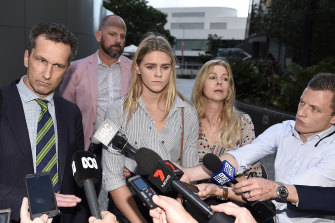 Shayna Jack with her mother, Pauline, and lawyer after a meeting with ASADA in August 2019.Credit:Getty

The Oxford Dictionary defines that term as meaning to deceive or trick; to gain an unfair advantage dishonestly or unfairly; or to engage in a trick or fraud.

Contemplate the definition momentarily, in circumstances where it’s exquisitely too easy to smear any athlete, at any particular time, as being a “cheat”, because of the athlete traversing what are onerous and highly technical sports doping rules. Where the adherence to those rules squarely overrides and consumes any reasonable expectation that an elite athlete might enjoy some normal existence.

The entire anti-doping rules regime is constructed on the bedrock of the “strict liability” premise; where there’s no requirement whatsoever to prove what the athlete intended to do, or not do. A prima facie doping case is established once it’s evidenced that a blood or urine sample has been taken from an athlete in accordance with the technical rules; where no fracturing in the integrity of the chain of custody is identified; where the scientific analysis is exactingly accurate; and where a prohibited substance is identified.

There’s no mental element, halfway house or “I didn’t mean it” escape in any of that, and no need to prove hoodwinking and hoaxing. That’s not to say some athletes know what’s banned but use it anyway; but it’s not an element of the evidence in a vast number of cases.

The actual act of “cheating” requires a mens rea. An actual choice, to behave with disregard for the rules, whether that disregard is contumelious or entirely more nuanced. There’s a mental integer to the act of cheating, which requires something far more than simply identifying a breach of a sport’s rules.

Were the East German athletes of the 1970s cheats? Or cheated? The answer’s not as straightforward as people like to think. Ben Johnson will forever be a cheat. Lance Armstrong is the veritable encyclopaedia definition of cheating, despite him existing in an eternal quagmire of denial. Johnson and Armstrong each set out to win no matter the cost, no matter the damage and no matter who they destroyed.

Is Shayna Jack a “cheat”? There’s no evidence she is, and of course she’s not! But that doesn’t mean she is I.N.N.O.C.E.N.T either.

We must strive to be more sophisticated than to leave ourselves open to choosing only between the labels of “cheat” and “I.N.N.O.C.E.N.T”, where in fact there’s a whole kaleidoscope of grey shades in between.