The Rugby Australia board will meet on Monday to decide the fate of Michael Cheika and his assistants after the Test side's worst season since 1958. 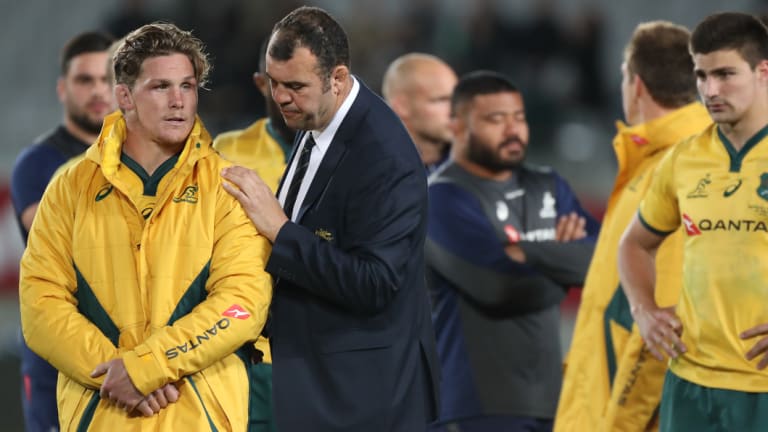 The Wallabies won four of their 13 matches, a result that saw Cheika's win rate crash to 48.3 per cent, the lowest in the professional era, and squad unity begin to fracture under the pressure.

Despite the results, Darwin believes Cheika has been coaching with one hand tied behind his back and says any conversation about his job should start with a reality check about the Australian landscape and the long term slide in Test results.

"People are looking at [Ireland coach] Joe Schmidt and saying Schmidt is the answer but he's not the answer. Cheika has made mistakes but he's made mistakes off a set of very difficult circumstances," Darwin said.

"People felt that Wayne Bennett was the answer at the Knights and people feel Craig Bellamy is the answer to any problem in the NRL, but Bellamy's record was 22 per cent in State of Origin.

"Every single coach of Australia has won a Super Rugby title except Rod Macqueen and he won a World Cup. We need to stop looking at the shiny new thing as the answer because it's not the answer." 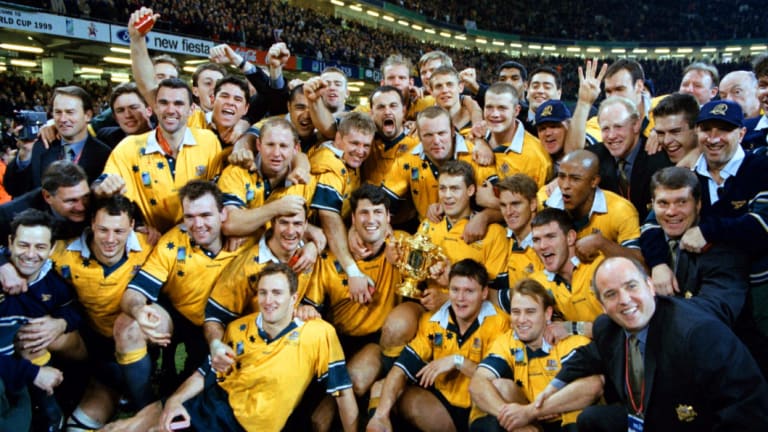 Darwin's work through his analytics business, Gain Line Analytics, has developed a theory around the impact of cohesion on the performance of sporting teams. Broadly, cohesion translates to understanding and list management, and finds that the longer a well-coached team or squad has been playing together, the better their results will be.

Applying the principles to the Wallabies, cohesion analytics suggests that, assuming the coaching is of sufficient quality, a successful Test squad will be populated by players who have spent a lot of time playing together.

Darwin says the professional environment in Australia is not set up to produce a successful Test side, making it harder and harder to coach the Wallabies. At the same time, nations such as Ireland, Wales and Scotland have improved their structures markedly and are getting the results to prove it.

"There’s the list management that the system creates for the coach, which is the domestic mix of teams from club rugby and the NRC all the way up to the top, and then there's the decisions the coach makes at the top," he said.

"The worse the system is, the harder it is for the coach at the top. It's like trying to drive a broken car.

"Then there’s the ability of the coach to get the best out of the team he has. There is no evidence that Cheika is under-performing in that area. By our calculations that’s only happened to the Wallabies three times in the last 25 years and none of those have happened in the Cheika period." 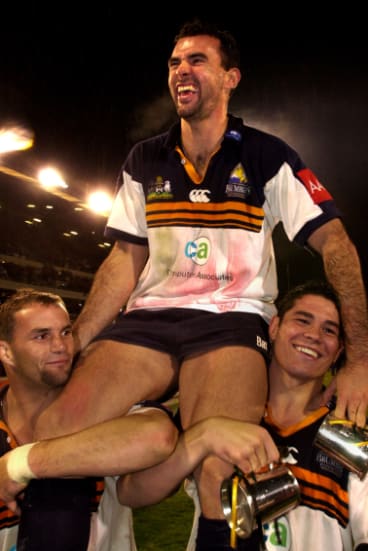 History support's Darwin's analysis. Cheika sits at the front of a long line of worsening win-loss ratios, with McKenzie on 50 per cent when he resigned, Deans on 56 per cent, Connolly bucking the trend on 64 per cent and Eddie Jones on 57 per cent.

Jones's predecessor, Macqueen, was the first and most successful Wallabies coach of the professional era, with a win rate of 79 per cent from 43 Tests in charge, including the 1999 World Cup. Now considered the latter half of Australian rugby's golden era, the Wallabies were drawn from Australia's three Super Rugby teams the Reds, Brumbies and Waratahs.

Cheika does not escape unblemished, according to Darwin, piling short term selection fixes on to systemic problems.

"Both answers will lead to under performance, but Cheika doesn’t have any options.

"What I see at the moment is that everyone has in their mind a different set of choices that Cheika should have made, and in their minds that team would be more successful, but the analysis points to the fact those teams wouldn’t work either."