Millwall and Everton players did not wear black armbands for their FA Cup tie on Saturday after Emiliano Sala’s family contacted the FA to ask them not to do so.

Sala was expected to arrive in Cardiff on Monday night following a £15million to the Premier League side, however his plane went missing and he, nor pilot Dave Ibbotson have been found.

Earlier in the day, black armbands were worn out of respect to the player, however, BBC commentator Jonathan Pearce confirmed during the clash at The Den that Sala’s family had requested for the players not to wear them in the evening kick-off as he had not been confirmed as dead. 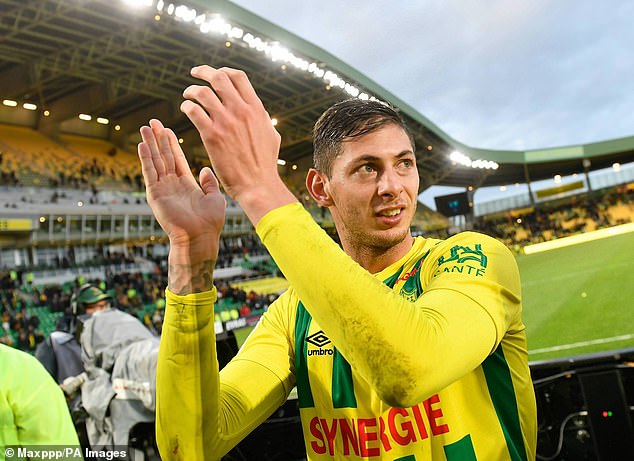 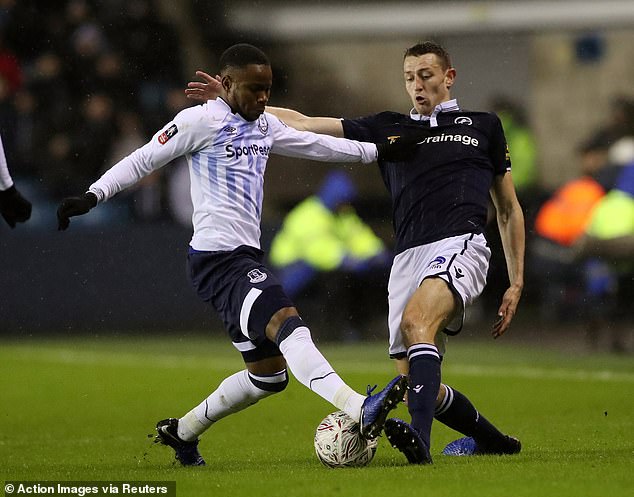 Everton and Millwall, on hearing the family’s wishes, did not wear armbands in the late kick-off 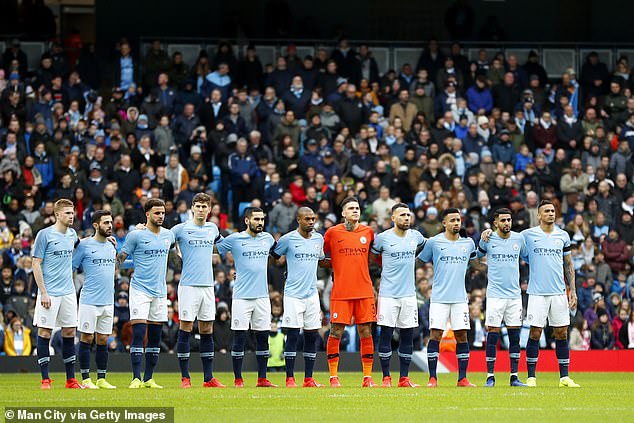 At the Etihad a silence was held for Sala and the pilot, while the teams wore black armbands

‘So that is why Millwall and Everton, out of respect to the family’s wishes, are not wearing those armbands.’ 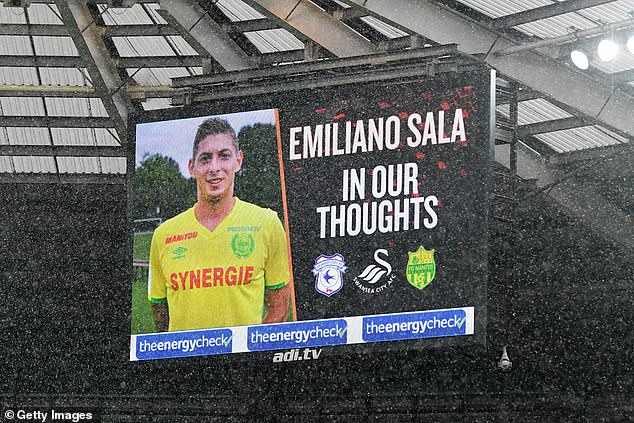 In south Wales, Swansea projected Sala onto the screen before their game with Gillingham 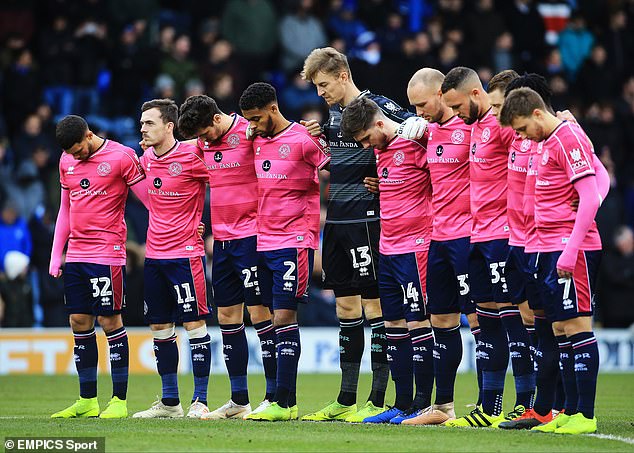 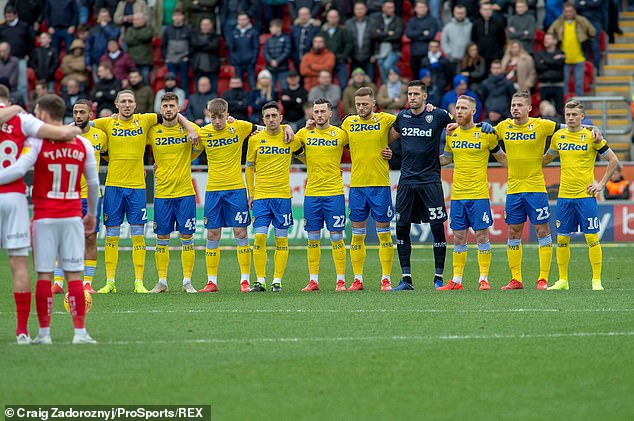 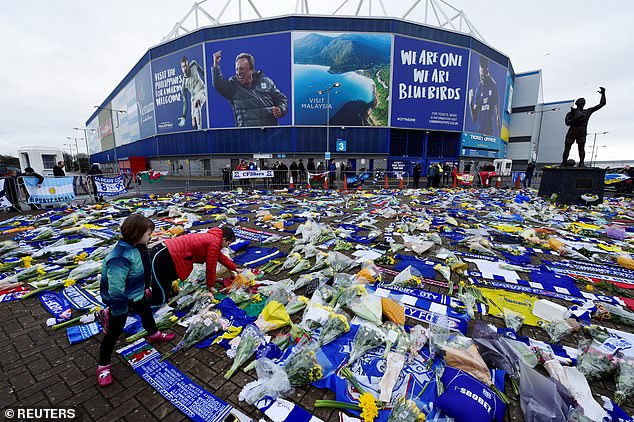 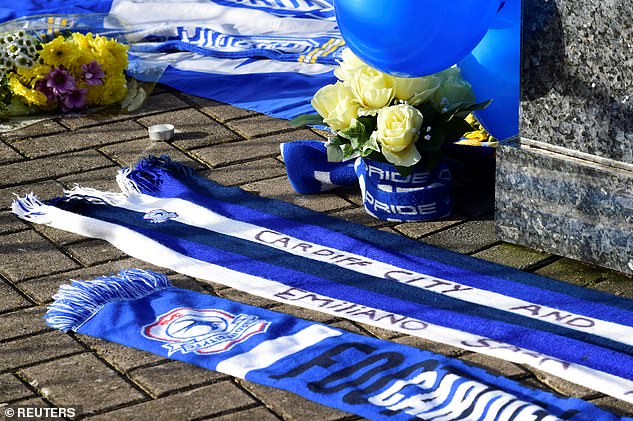 After extensive searching following the plane going off radar on Monday night, attempts were officially called off on Thursday after no remnants of the plane had been found despite three days of scouring the English channel.

Sala’s former club Nantes, along with his family, have issued pleas for the search to continue in hope the 28-year-old could still be found alive.

Harbourmaster captain David Barker had said the chances of survival were ‘extremely remote’.

‘We reviewed all the information available to us, as well as knowing what emergency equipment was on board, and have taken the difficult decision to end the search,’ he said.

‘I understand Emiliano Sala’s family are not content with the decision to stop the search and I fully understand that. 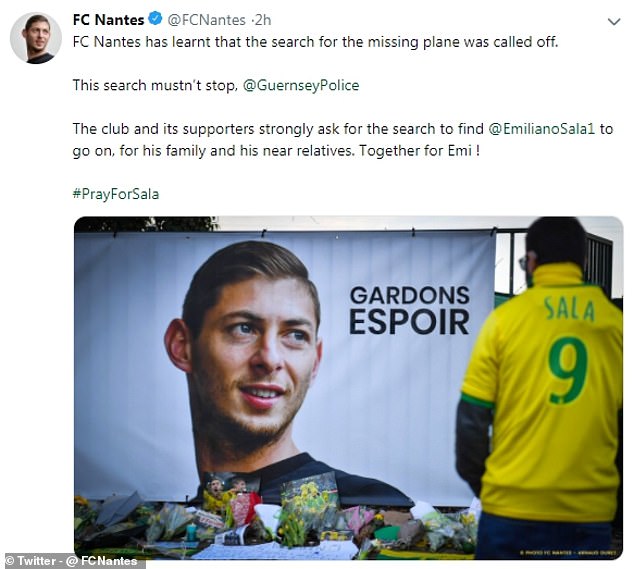 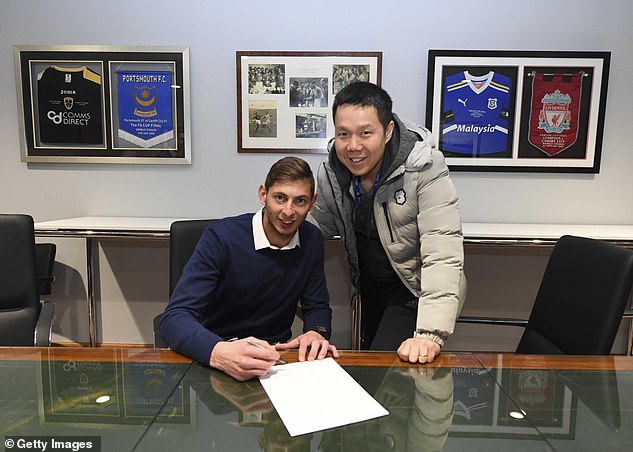 ‘I’m absolutely confident that we couldn’t have done any more,’ Barker added.

The flight itself had not been arranged by Cardiff City, but instead by Sala himself along with the help of fellow player Jack McKay.

McKay, whose father is football agent Willie McKay, told Sala that he would be able to get him on the flight for free if ‘you help me score goals’.

Willie McKay admitted on Saturday that he booked the flight with David Henderson ‘who has flown us and many of our players all over Europe on countless occasions’.

But he said he had ‘no involvement in selecting a plane or a pilot’.

The aircraft was ultimately flown by David Ibbotson who was a part-time DJ and gas engineer and admitted before the flight he was a ‘little bit rusty’.

According to the BBC, Cardiff has now started an internal inquiry to try to establish the events leading up to the flight, with a senior source having denied reports that the club is considering a multi-million pound negligence lawsuit over the incident.