The flick, the finish, and the celebration that followed have made it one of the most famous goals in English football history – but it only sews sorrow in Scottish hearts.

Paul Gascoigne’s spectacular strike, and the sight of his team-mates sprinting to squirt water down his throat, is remembered fondly by England fans for far more than just being the moment that kickstarted Euro 96 for the hosts.

For the side on the receiving end of Gazza’s genius, however, it simply sealed a 2-0 defeat at the hands of their fiercest rivals that is still hard to swallow, 24 years on.

Here, then-Scotland boss Craig Brown and midfielder Stuart McCall explain why the day could have turned out very differently – especially for Gascoigne, who was about to be substituted when he scored.

The game is being shown in full on BBC One and the BBC Sport website (along with text commentary) at 13:15 BST on Saturday to kick-off the BBC’s Euros Rewind series.

On Saturday, the BBC will also celebrate Gascoigne’s unique talent with “Gazza Day”, looking back at his eventful career. 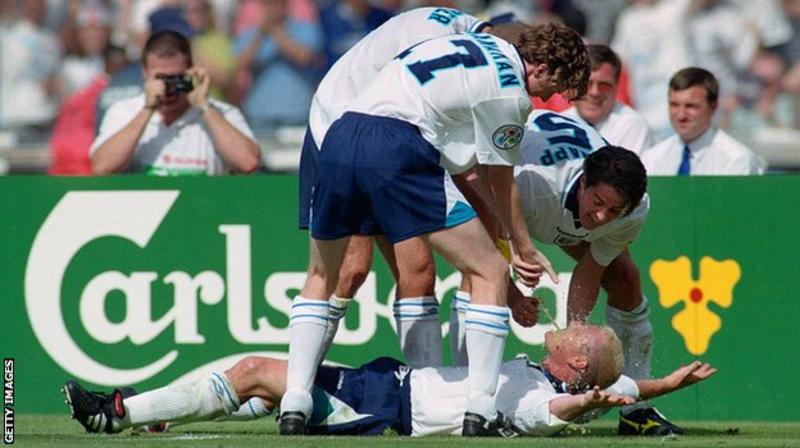 Brown: England were in disgrace for what had happened. We were over in New York at that time and about to fly back. I said to the players that there was not going to be a single drop of drink on that flight, and told them they were not going to be slobbing about in their tracksuits either.

I was really proud of them as we got off the flight, they were immaculate. They all had their blazers and ties on; the ties were right up, not hanging down.

I’ve never seen so many members of the press at Gatwick waiting on this drunken Scottish team coming off the flight. I’ll never forget Ally McCoist running up to me and saying “I can see the headline tomorrow – ‘Scots in sober sensation'”.

The Auld Enemy awaits at Wembley 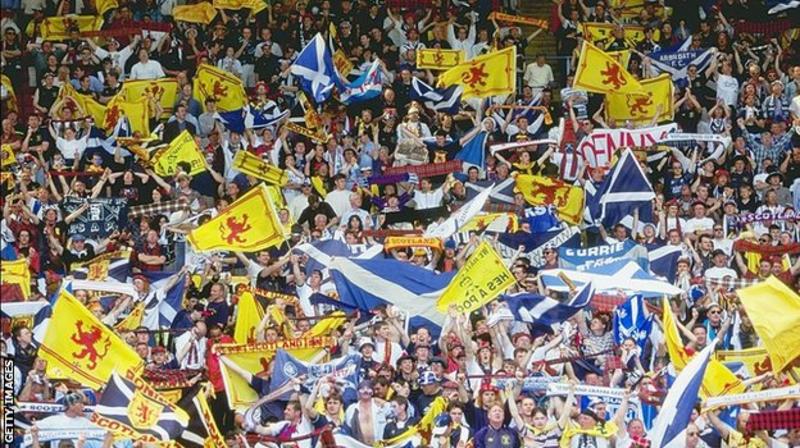 McCall: As much as the majority of supporters were English, we had about 10,000 fans there so it wasn’t particularly intimidating – it was a fantastic atmosphere and a great game to look forward to.

McCall: There were a few head-to-heads with club team-mates facing off. Colin Hendry and Alan Shearer at Blackburn, Colin Calderwood and Teddy Sheringham at Spurs, and myself and Gazza at Rangers. That was intriguing. 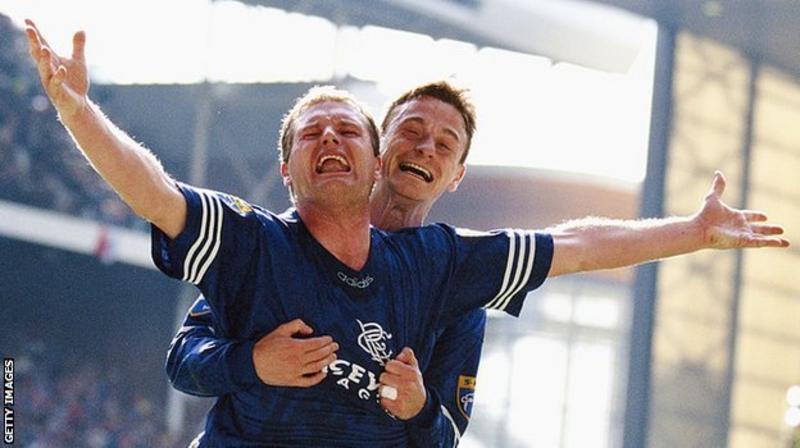 Brown: I told Colin to phone Shearer and find out how many complimentary tickets the England players were getting. I wanted our players to feel at least, or more, important than the opposition. Say they got six tickets, I made sure our players got eight. It’s good psychologically for a game of that magnitude. 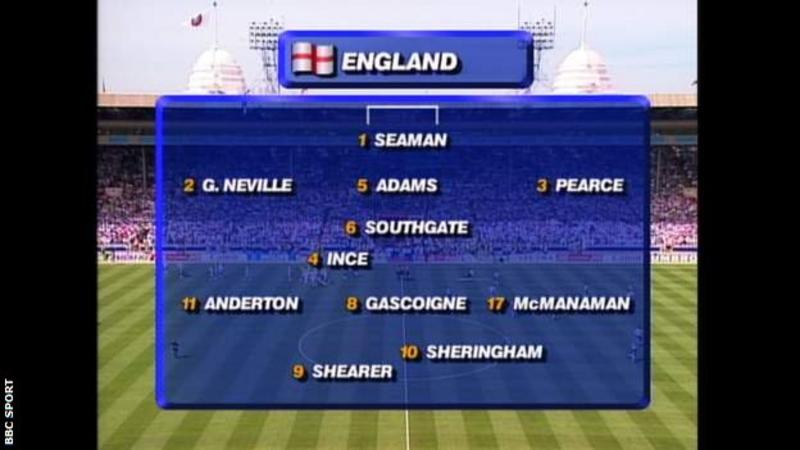 McCall: Going to Wembley, I’m not saying there was an overconfidence but given England had started off with a disappointing draw against Switzerland, the pressure was all on them. You go away from home and you try to keep the crowd quiet, try to keep it tight early on and that was the game-plan at the start. 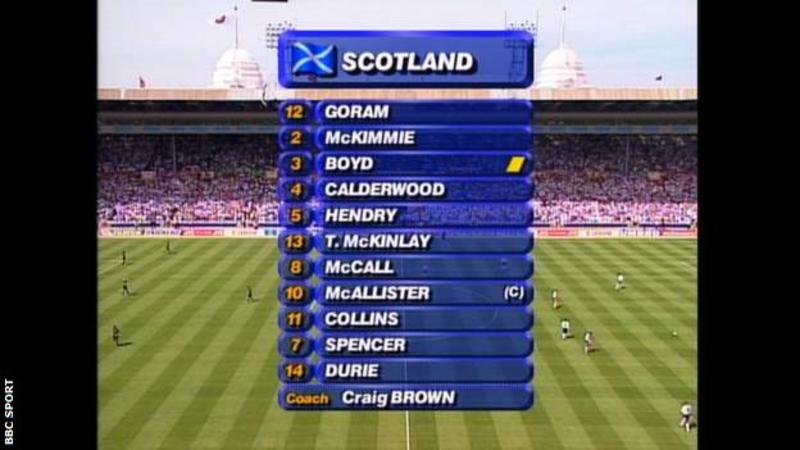 McCall: The game was a bit of a non-event, which suited us. I don’t think England had an attempt at goal in the first half. When the whistle went for the break, there were a couple of boos from the crowd.

So you can imagine my surprise as I’m walking down the tunnel and I hear the sound of studs rushing on the concrete from behind me. I turn around and thought there would be a bit of trouble but it was Gazza. He took his shirt off and gave it to me and said “here, that’s for your daughter”.

I’d been on TV the night before and said that my daughter was a big fan of his because of his role at Rangers. I’d never ask for his shirt or anything – I wasn’t into that. But for him to do that, it says it all about his generosity and thoughtfulness. I put it in my bag and didn’t say anything to anyone. 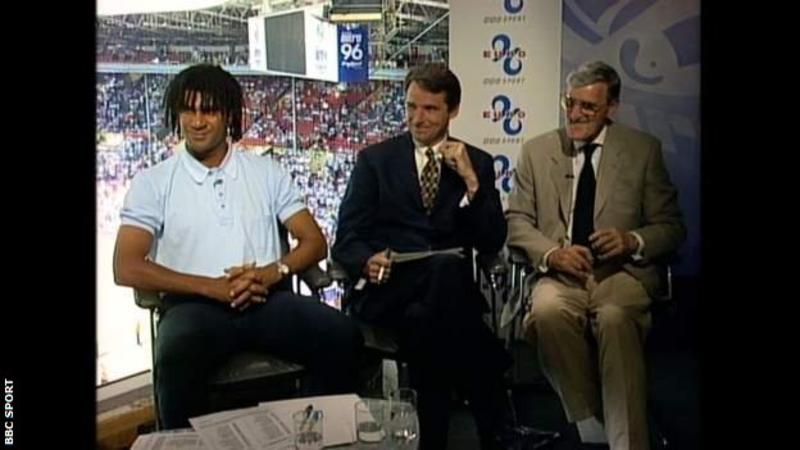 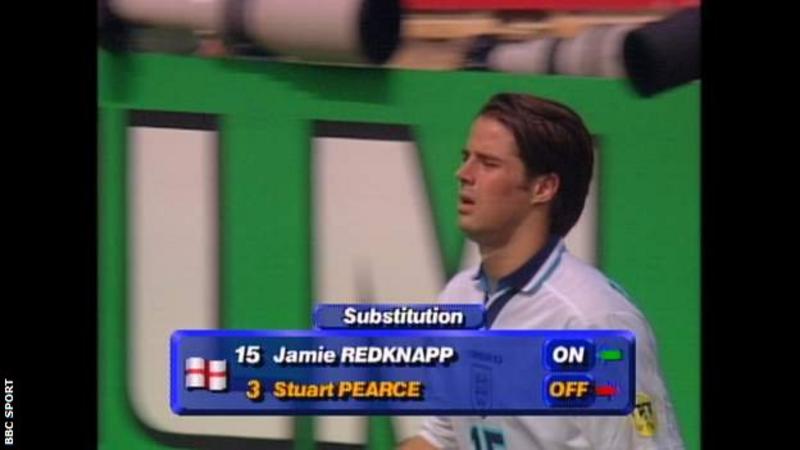 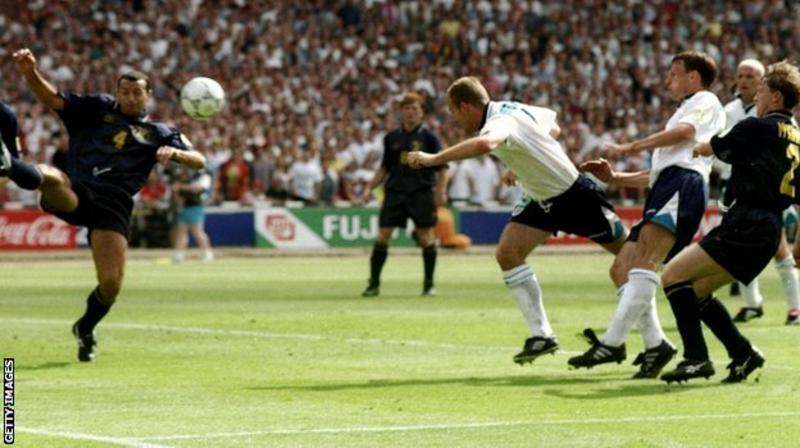 McCall: For 15 minutes, they got right on top and the crowd got behind them. We didn’t get to grips with what was happening. Once the goal went in, we got back in the game. David Seaman made a fantastic save from Gordon Durie. 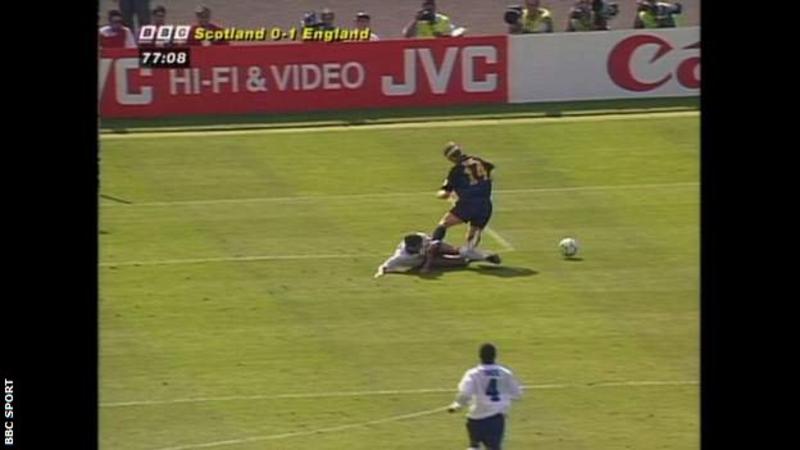 McCall: When we got our penalty, we were back in it. I think England had got edgy because of what had happened in the Switzerland game after they went 1-0 up. I was always confident Gary McAllister would score. He’s a great striker of the ball and was our designated penalty taker. 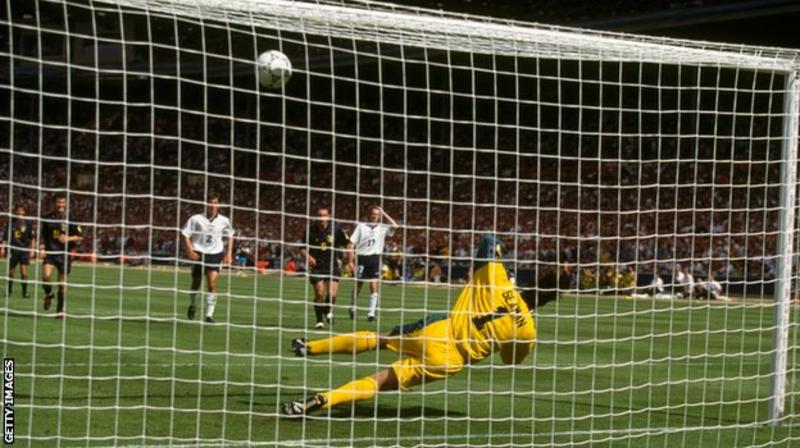 Brown: I would have put my mortgage on him scoring. But Seaman went the right way and the ball was the perfect height for him. It was shown on TV the other night and Gary rang me afterwards. He said “I’m really sorry, if I scored that penalty we would have won”. “Now you’re telling me!” I said.

A Gazza goal ‘beyond belief’ 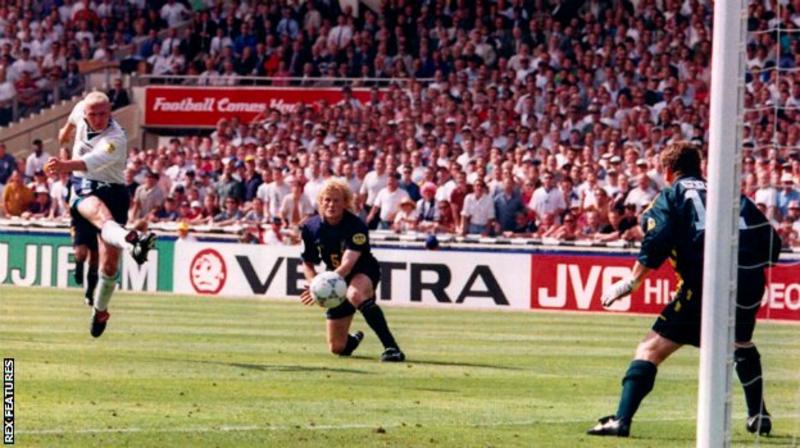 McCall: What a lot of people don’t know was that, if the penalty went in, England had Gazza’s number up to take him off.

Brown: Don Howe [England assistant manager] and Terry Venables were in discussion and it was Gazza’s number they were getting ready. I looked at my colleague Alex Miller and said “thank goodness for that!”

McCall: A minute later, he does what only Gazza could do and scores a world-class goal. It’s an iconic goal that can only be scored by a brilliant player.

Brown: That changed their substitution plans! It was a goal beyond belief.

McCall: It was a really disappointing end to a game where there was nothing in it. We had more than held our own, if the penalty went in then who is to say we wouldn’t have gone on to win?

Who got Gazza’s shirt again? 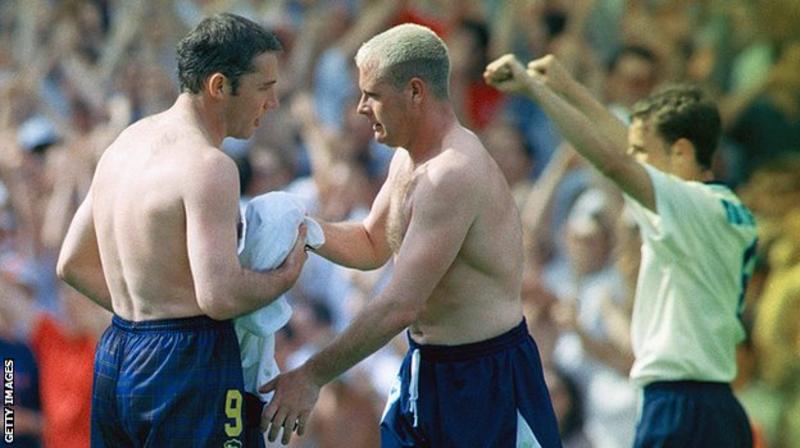 McCall: After the game we were on the bus and Ally says “I got Gazza’s shirt”.

And I went “I can’t believe you’ve done that, that goal’s probably put us out of the tournament”. The lads were telling me to calm down and I was trying to keep a straight face.

“Nah, it’s a disgrace,” I said. “I’d have never taken his shirt, especially after he scored against us.”

“You’re only jealous,” he replied. “Jealous?! I’ve got nothing to be jealous about,” I said, and dipped into my bag and I pulled out mine and said “that’s a real Gazza shirt – that’s the one he played in against us and didn’t score – so I got the original!”