ARSENAL fans have been left raging after the Europa League team of the week featured ZERO Gunners players. 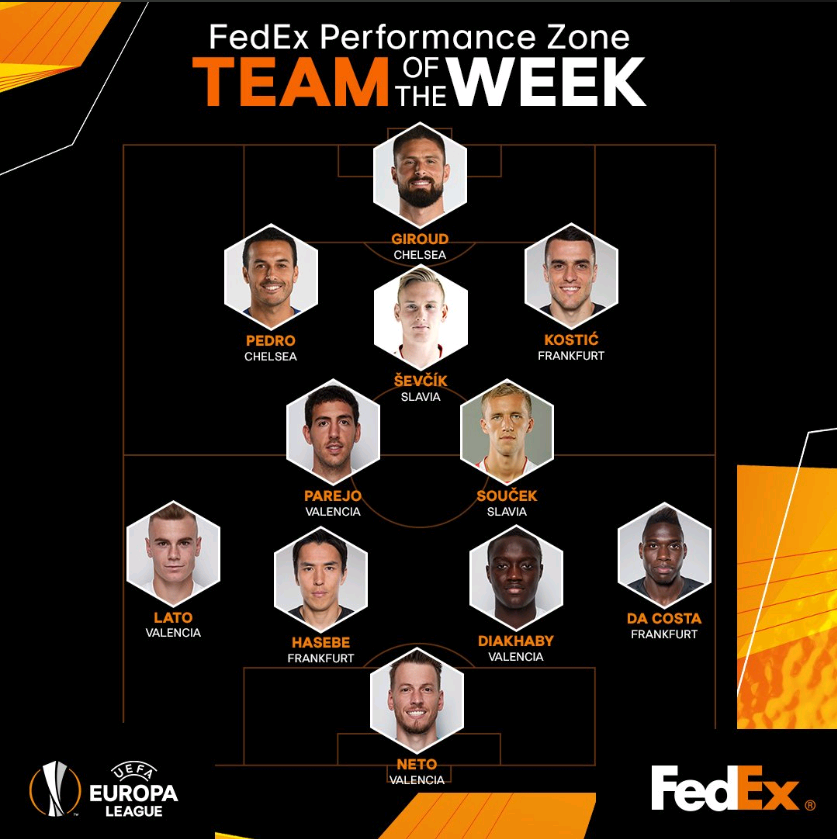 Arsenal took a two goal advantage into the second leg in Naples and sealed all doubt on Thursday after an Alexandre Lacazette free-kick earned the Gunners a 1-0 away win.

Their efforts in Italy was not enough to have any of their players in the Europa League team of the week, though.

Players from Chelsea, Frankfurt, Benfica and Slavia Prague all featured – including Blues pair Olivier Giroud and Pedro – who both netted in their side's 4-3 win against Prague.

Arsenal fans were not happy to see no players from their side feature in the Team of The Week – branding it a “joke”.

One said: "Seriously no Arsenal player?"

Another commented: "Lol no Arsenal player what a joke."

The final is set to take place in Baku on May 29 – and this year's winner will be rewarded with a place in the Champions League next season – the first year the rule has been introduced.

2 Slavia players for losing both the legs, no Arsenal players for keeping back to back clean sheets against the best team in the competition

Wow not one arsenal player

Lol no Arsenal player what a joke