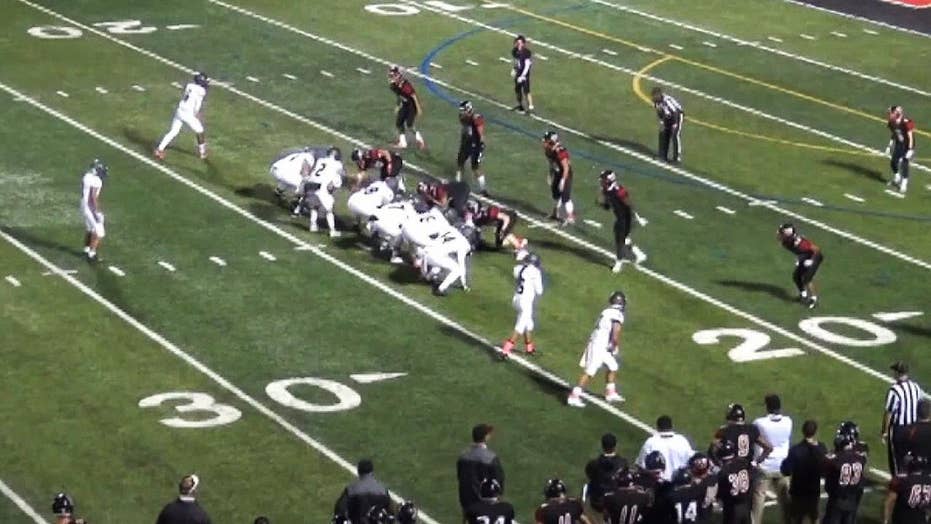 California teenager becomes the first girl to throw a touchdown pass in her high school.

High school senior Ariel Orona made history last week when she became the first woman to throw a touchdown pass at her school - and possibly in the state of California.

In a sport that rarely sees women take the field – and even then almost always as a kicker – the 17-year-old plays wide receiver for the Silver Creek High School football team in San Jose.

“I was excited,” Orona told KTVU. “I’ve been practicing the last three weeks, practicing that throw over and over again.”

In the sixth game of the season on Oct. 11, the Silver Creek Raiders were up 21 to 6 against Westmont High. In a reverse run, the running back tossed Orona the ball. Orona, without realizing she’d be making history for her school, threw it to the quarterback to complete a 23-yard pass.

“I was always passionate about this game,” said Orona. “Me actually throwing that touchdown just made me emotional. I was very anxious for that to happen and it actually happened.”

“I was shocked but I was amazed, hey it worked,” said Silver Creek High Football Head Coach Aaron Noriega.

“We haven't heard of anyone else,” said Mario Martinez, the team's offensive coordinator. “She may be the third to do it in the nation, first in California.”

In Super Bowl 52, the Philadelphia Eagles popularized the play known as the “Philly Special” which helped them secure a championship. The Silver Creek Raiders call it the “Little Mermaid” after Ariel Orona.

Orona previously was a back-up quarterback for the junior varsity team but she never threw a touchdown.

She’s earned the respect of her teammates, who don’t feel the need to “take it easy” on her.

“Every time I see her step onto the field, I just think it's really courageous of her,” said quarterback Ricardo Anaya. “We aren't going to take it easy for anybody out here. She's right along with it. The bumps and bruises we go through.”

Jumping into the midst of a male-dominated sport can seem daunting, but Orona hopes she will inspire more young girls to take up football.

“For all the younger girls, if you have a dream go for it,” said Orona. “No matter how crazy it seems. Anything is possible.”

Orona is the fourth female in her school’s history to play on the varsity football team. Her next goal is to make a touchdown as a wide receiver.