WITH Manchester United struggling to conclude a deal for Jadon Sancho, it’s looking increasingly likely that Ole Gunnar Solskjaer will start the season against Crystal Palace without the England forward.

The Premier League has already kicked-off for the majority of teams, yet United supporters have had an extra week to wait because of the club's involvement in the latter stages of the Europa League. 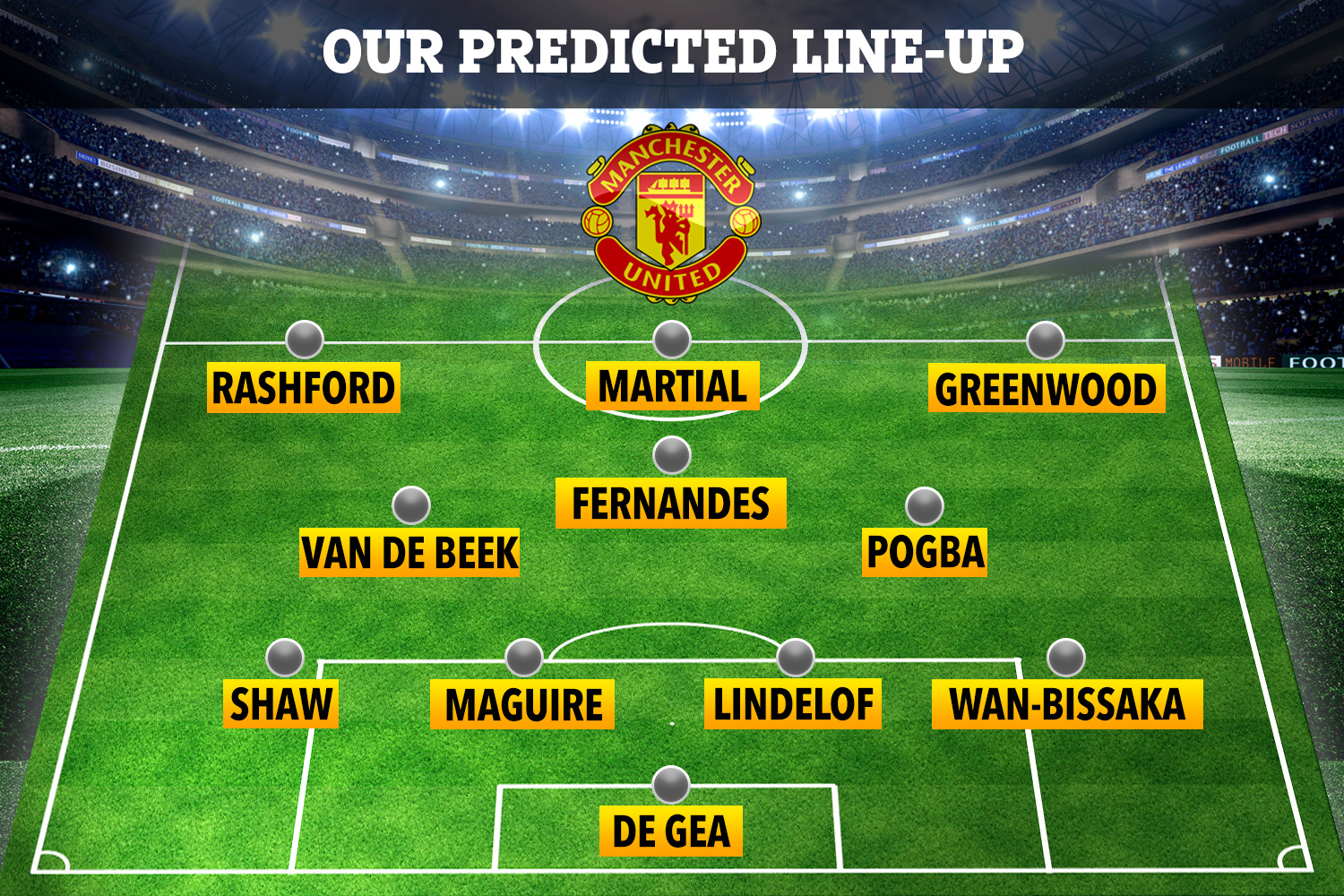 So what are the options available to Solskjaer, with just Donny van de Beek from Ajax added to the squad this summer?

4-3-3 (above) is probably the fans favourite choice because of the front six – but it does leave the defence a little unprotected.

Which of Paul Pogba or Donny van de Beek do you choose to be the more disciplined?

Are Greenwood and Rashford clever enough in the wide areas to get back in and help their full backs?

Going forward, it’s arguably United’s most fluid forward line since Sir Alex Ferguson’s time at the club, which could prove to be exciting. 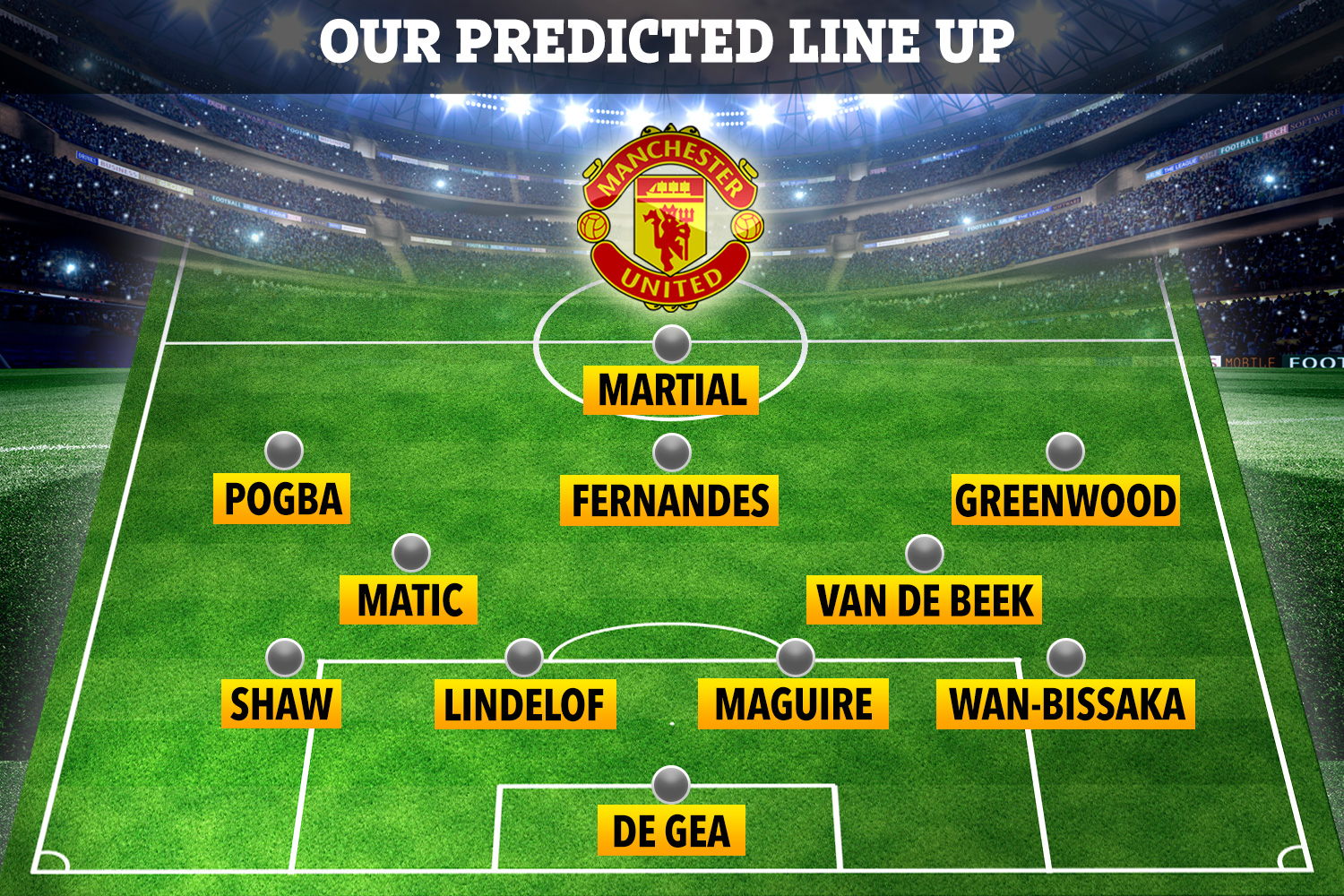 Defensive or just sensible against the teams that are likely to have more of the ball?

One issue is the lack of width, but Greenwood and quite possibly Pogba or Rashford would have to make the pitch as wide as possible on the break.

The spine of the team looks strong and there’s enough craft through Fernandes, Pogba and Van de Beek to cause any side one or two issues. 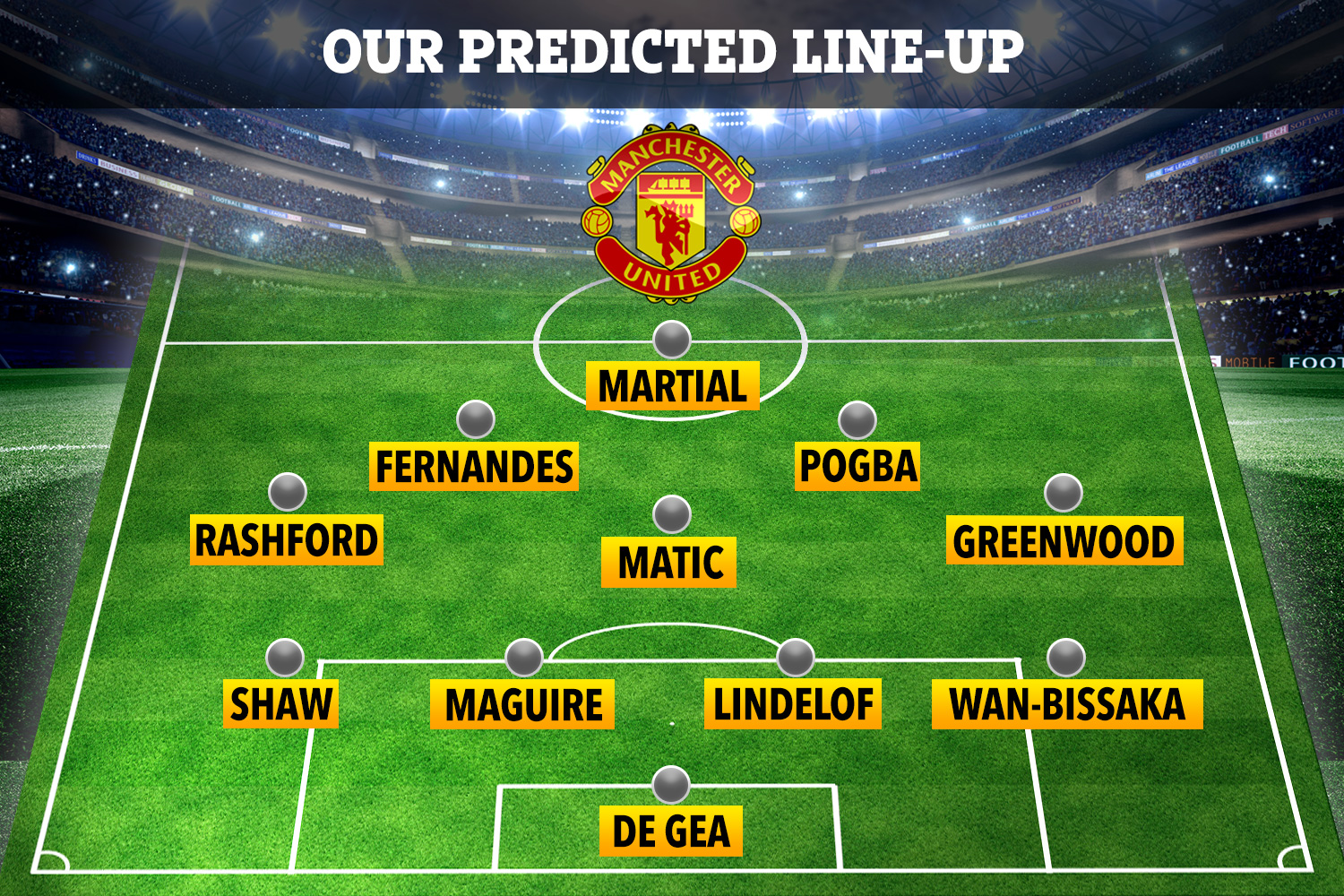 This 4-5-1 can quickly change into a 4-3-3 and the flexibility it provides is something Solskjaer probably didn’t utilise enough last campaign.

With additional options thanks to Van de Beek, United’s midfield should be able to compete with the strongest teams in the Prem.

If they can supply the bullets for the likes of Martial and Greenwood, then United might close the gap on City and Liverpool, the two sides most likely to finish above them. 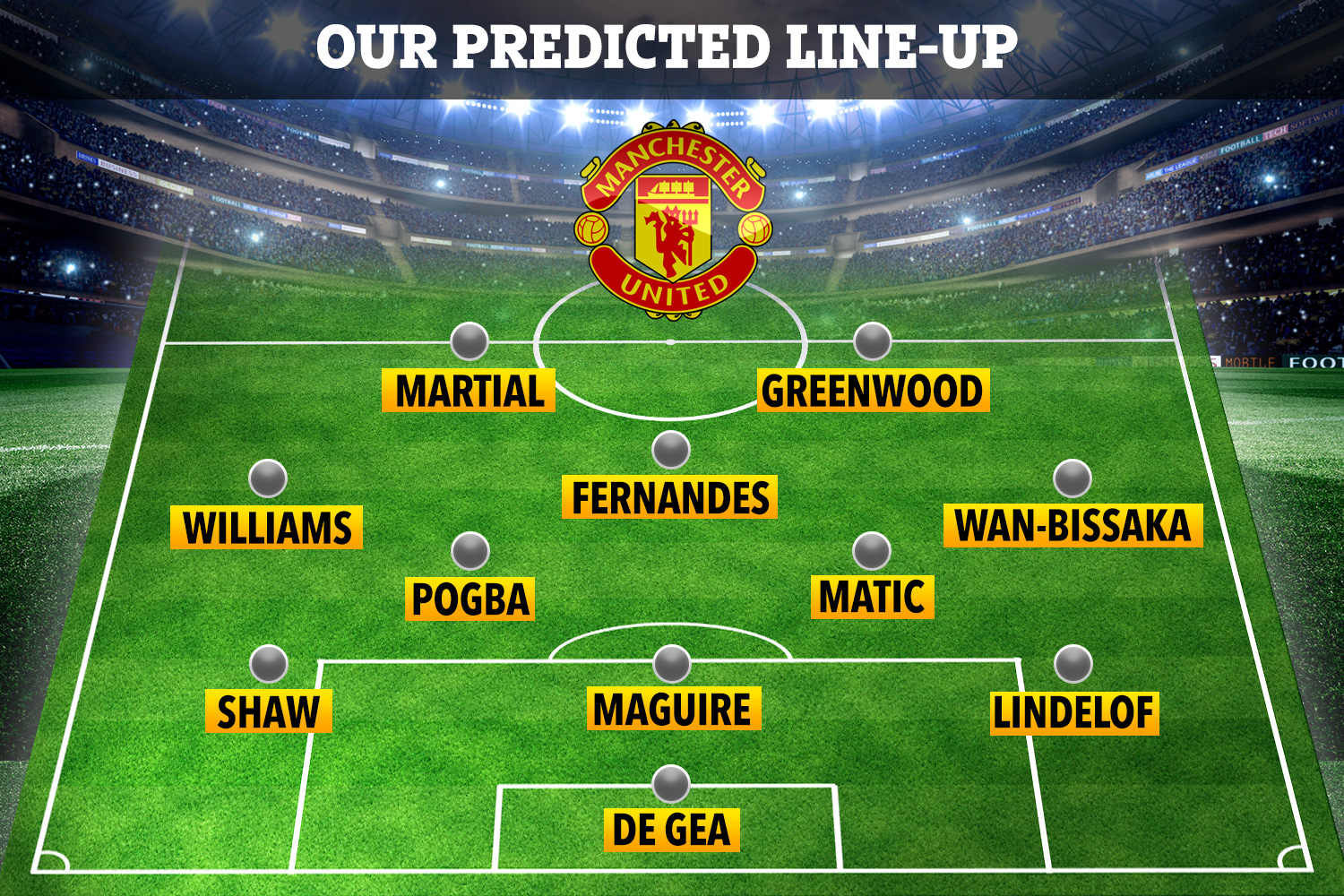 A formation Solskjaer used last season and one which brought him some positive results.

Shaw as the third central defender initially raised some eyebrows, but he’s quicker than Maguire and Lindelof and has the ability to “swap” with Williams in front of him if the opportunity presents itself.

The five in midfield are organised by the sitting Matic who is so important to what United do both in and out of possession.

This approach surprisingly provided good balance and you wouldn’t be surprised to see it more, especially away from home in the Champions League. 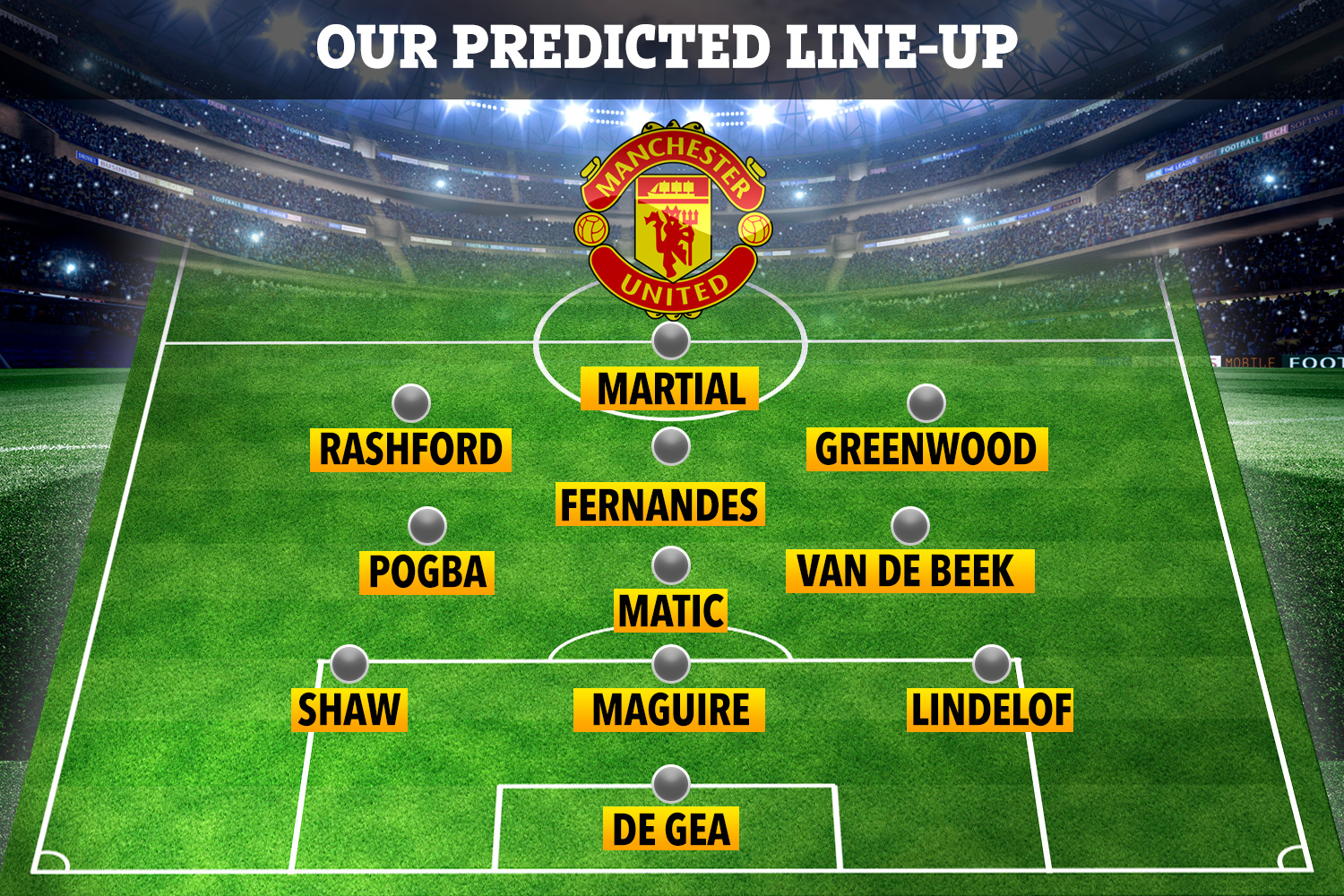 Adventurous but allows all United’s best attacking players to all be on the pitch at the same time.

Matic protects the defence but there are serious question marks over the space the opposition might get out wide.

Unlikely to be used but often the best teams need to play to their strengths and worry about the opposition after. It would be fun to see, anyway.