The Spanish stunner has been tasked with cheering up her Juventus partner following his crushing Champions League exit last week. 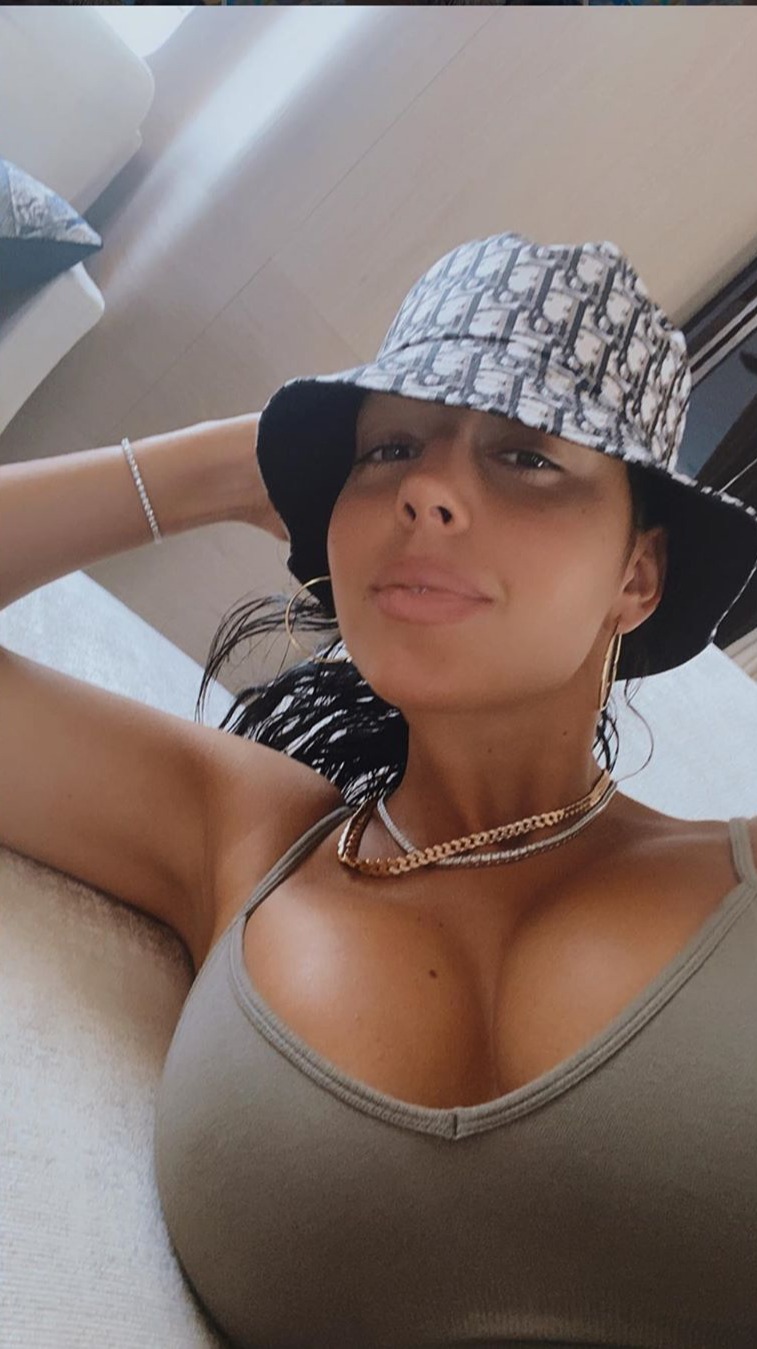 The Portuguese scored twice against Lyon on Friday but couldn't stop Juventus crashing out of the Champions League on away goals.

Ronaldo has since escaped with Rodriguez and their children to his £5.5million yacht in Savona, Italy, over the weekend.

Georgina has already dazzled in a string purple bikini as she soaked up the rays during a recent Mediterranean excursion.

And the model has now been flaunting her incredible physique again with a sultry selfie in a Dior hat.

One fan said: "You are the bomb of the Mediterranean."

Rodriguez and Ronaldo previously visited their incredible yacht to toast the 35-year-old's Serie A title win with Juventus.

Georgina has also had cause to celebrate recently after bagging a deal with fashion brand PrettyLittleThing.

She even showed off some items from her new collection in a saucy Insta video.