HUKUM continued his fine progress with a ready win in the Geoffrey Freer Stakes at Newbury.

The Owen Burrows-trained colt galloped clear of some good horses and into the reckoning for next month's St Leger at Doncaster. 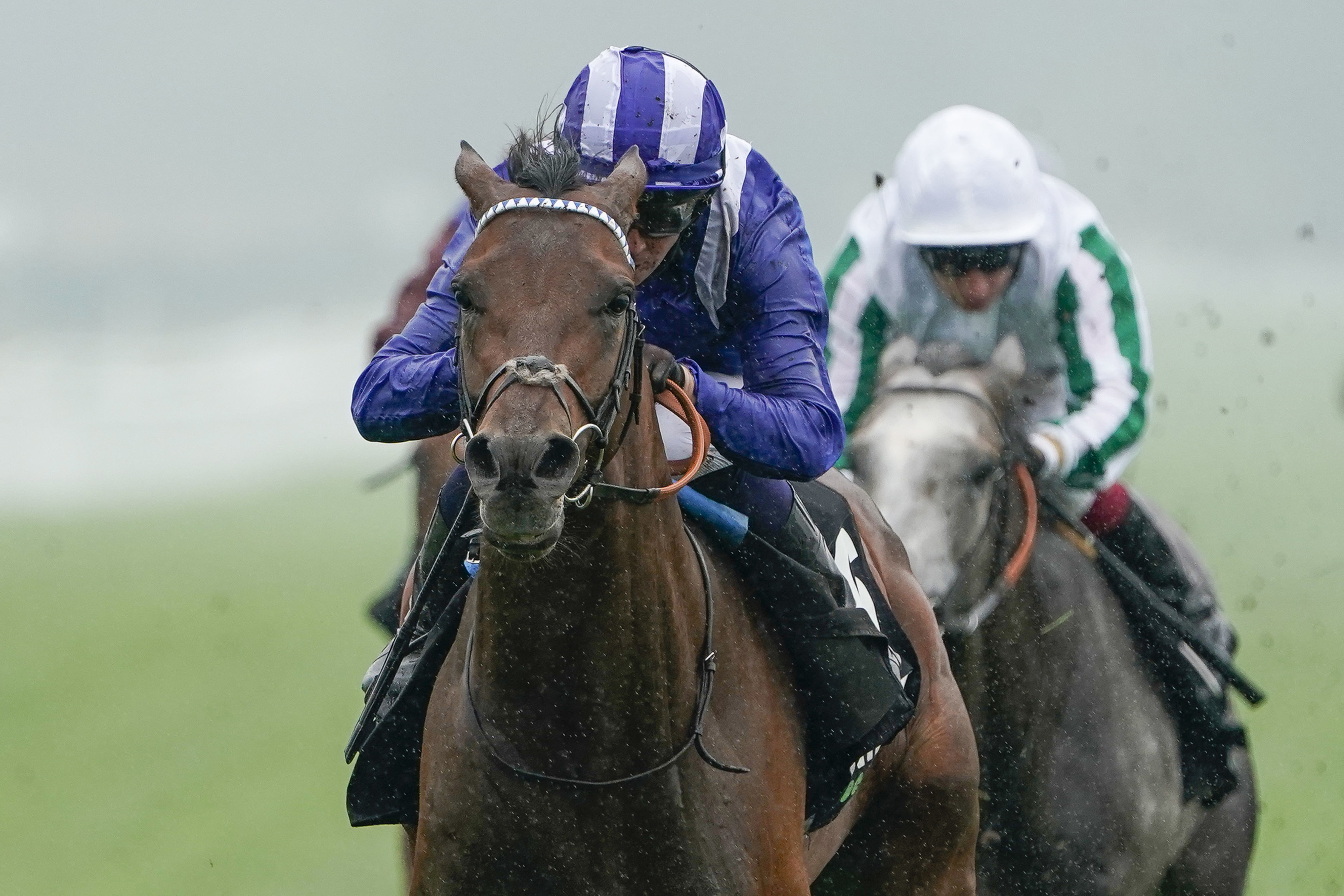 He is as short as 10-1 for the final Classic of the season with Paddy Power, and he is well worth a crack at such a race on this evidence.

Max Vega (6-1) towed the field along under Harry Bentley and, as has been the case for most of the summer, jockey Jim Crowley was in the boxseat on 4-1 shot Hukum.

The early pace wasn't frantic but as they began to wind it up, the son of Sea The Stars was the one runner who travelled noticeably well.

Once produced to challenge, he picked up in pleasing fashion to win decisively from the front-runner Max Vega, with Alignak (7-2) plugging on into third close home.

Burrows said: "Jim said he travelled very well, but they didn't go very quick. He did mention that he thought he would be better going a bit quicker. He was just very impressive.

"He had never run on soft ground and until they run on it there is always that little worry will they handle it – but he handled it fine. He is strengthening as the year goes on and is very exciting.

"I don't think he will go too much further, but there is the St Leger which has been spoken about.

"He has got a bit of speed. I don't think we are necessarily talking about a proper staying horse. I don't see him as a cup horse at all.

T&Cs: New customers only. Place your FIRST bet on any sportsbook market and if it loses we will refund your stake in CASH. Max refund for this offer is £20. Only deposits made using Cards or Apple Pay will qualify for this promotion. T&Cs apply. Paddy's Rewards Club: Get a £10 free bet when you place 5x bets of £10+. T&Cs apply. 18+ Begambleaware.org

"I will speak with Sheikh Hamdan, Angus (Gold) and Richard (Hills) and make a plan. It is great to have one like him."

Burrows continued: "I was very fortunate early on to have Massaat who was placed in a 2000 Guineas, placed in another Group 1 and won a Group 2 here.

"For the mile-and-a-half-type of horses he would certainly be up there with the best. Laraaib won a Cumberland Lodge, but this horse has got a bit of class about him.

"When I spoke to Sheikh Hamdan after Royal Ascot he was mindful that this horse will be even better next year."