Former Manchester United midfielder Paul Ince has been slammed after making a lewd hand gesture on BT Sport this morning.

Ince looked down the sofa at fellow pundit Chris Sutton to make a crude hand sign before the Early Kick-Off programme cut to an ad break on Saturday.

BT Sport apologised to viewers for ‘a certain rude gesture’ when the show returned from the ad break, but many were left furious. 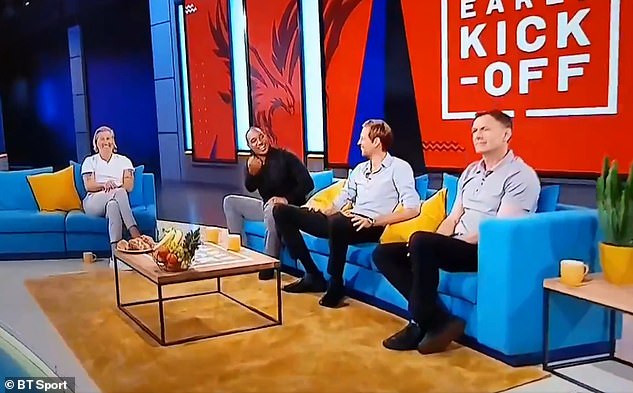 Twitter users were furious by the Saturday morning crudity, one simply commented ‘oops’

One Twitter user wrote: ‘Children watch that show ya weirdo!’ 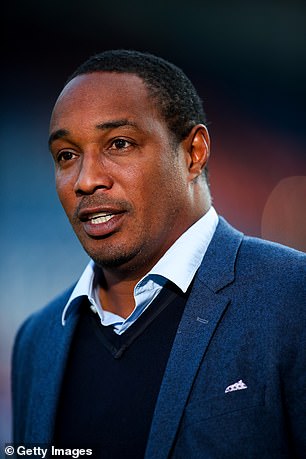 Another simply said, ‘What a cheek just low life no class.’

Peter Crouch and Robbie Savage, their fellow commentators, appeared to smile as Ince gestured at Sutton, who did not acknowledge the hand shaking.

It is not the first time BT Sport has issued an on-air apology for out-of-line pundits.

In 2013, David Ginola made a rude gesture while standing behind host Jake Humphreys.

Humphreys had made a joke about the Frenchman’s clothing and when the host turned his back, Ginola made a gesture with his hand.

He has appeared frequently as a pundit since then.

BT Sport’s Early Kick-Off show starts at 10am and runs until 12pm on Saturday’s before the Premier League’s first match begins.