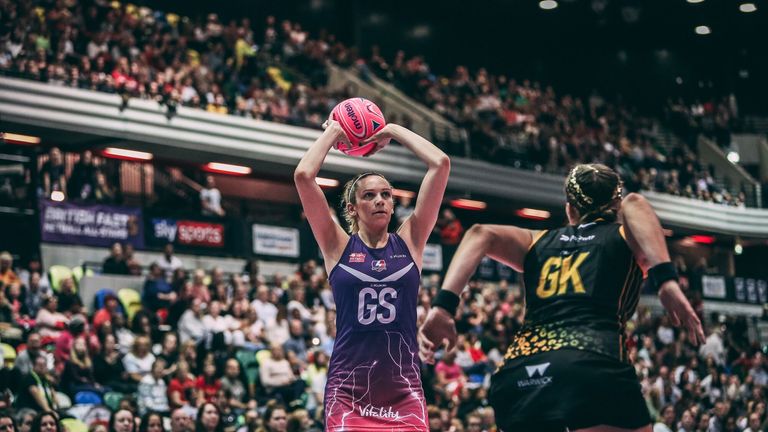 Jo Harten inspired Loughborough Lightning to the British Fast5 All-Stars Championship title as they beat Wasps Netball in the final at the Copper Box Arena.

From start to finish the England international shooter mesmerised the crowd with her long-range shots and her exceptional accuracy from the five-point zone.

Harten, who took home the MVP award, scored 40 points during their Power Play against Wasps in the title-deciding contest. Her prolific work combined with Lightning’s exceptional all-court defence in order to deliver the 61-35 final victory.

“That was so much fun,” said Harten after the full-time whistle.

“I’m 30-years-old now and I feel so rejuvenated. We’ve got young players, 18/19-years-old working so hard to get us the ball and it’s been absolutely team effort. It’s been a privilege to pull on the Loughborough purple again.”

Lightning, who last won the competition in 2017, flew out of the Double Elimination round with victories over Manchester Thunder, and the side that they would ultimately meet again in the final, Wasps.

With the competition format dictating that two victories delivered an automatic semi-final spot, Lightning had a chance to rest-up before encountering the surprise package of the competition – Celtic Dragons.

Dragons were making their debut at the championships and proved to be a real force under the guidance of head coach Tania Hoffman.

When @SerenaBob is fan-girling you then you know that you're smashing it at @Fast5AllStars!@Celtic_Dragons' Lucy Herdman 👌

Shooter Lucy Herdman led their charge with her confidence and range and Herdman’s all-around game captured the attention of Serena Guthrie who was part of the Sky Sports presentation team at the Copper Box Arena.

Dragons had a chance to sneak their semi-final against Loughborough, with a three-point shot on the final play at 35-33 down, however it just bobbled off the rim.

Wasps’ semi-final opponents were Surrey Storm, who also proved to be a dynamic force in London, as they were passionately driven on by their director of netball and player Mikki Austin.

The last-four stumbling block for them proved to be Rachel Dunn as the England international found her five-point range during their semi-final which resulted in the 35-28 scoreline which favoured Wasps. 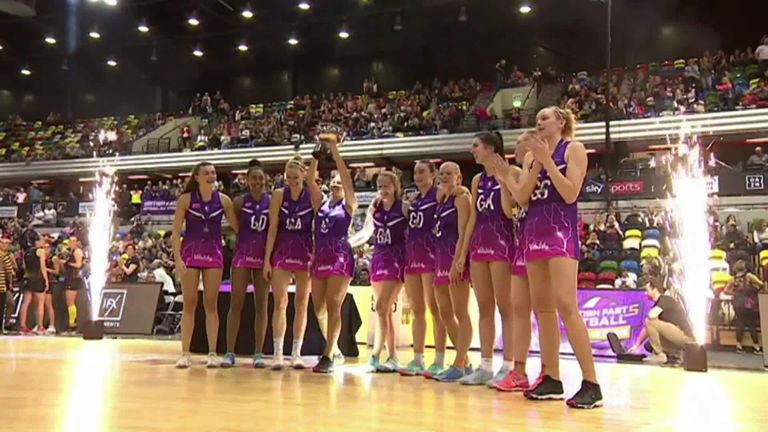 Both Lightning and Wasps aren’t strangers when it comes to meetings in major finals, prior Grand Finals are still clearly vividly remembered by both, and this Fast5 All-Stars shoot-out delivered.

Dunn set the tone with a five-pointer before Harten quickly said, ‘Anything that you can do, I can do too’, and the turning point came early when Lightning pressed the Golden Buzzer.

The Power Play, after just two-and-a-half minutes, saw them move from 10-5 in front to 40-5 as Harten’s masterclass played out.