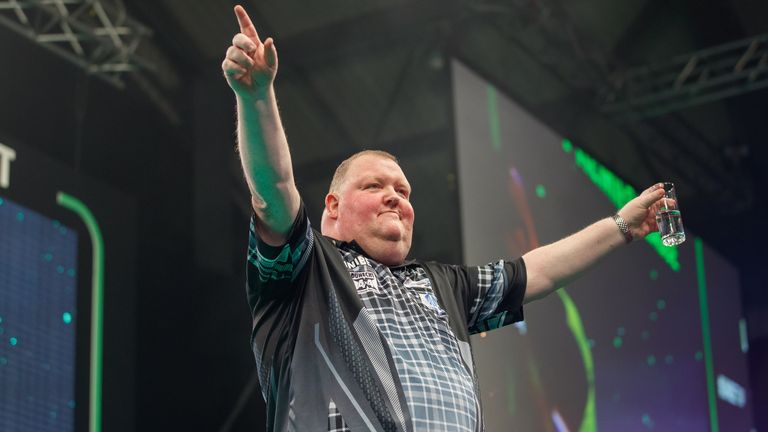 The World Cup of Darts is a tournament renowned for creating unexpected narratives and this year is no different, with defending champions Scotland set to embark on their title defence with a brand new pairing.

Peter Wright and Gary Anderson secured Scotland’s maiden World Cup crown in Germany last summer and the duo were favourites to retain their title weeks ago, only for them to withdraw from the competition – citing the increase in global COVID-19 cases.

John Henderson and Robert Thornton will now fly the Scottish flag in Salzburg and although the bookmakers are sceptical of their chances – offering 100/1 for Scotland to retain the title – Henderson and Thornton are relishing the opportunity.

“It means everything to me. I know Robert has already done it and we’ve both played for Scotland through the BDO system,” Henderson told the Darts Show podcast.

“If I’m being honest I never thought this opportunity in the PDC would come about. I’m not getting any younger and Peter and Gary seem to be too far in front in the rankings so to get this opportunity means so much to me.

“Hopefully it will give me a bit of confidence for the season ahead, I’m so looking forward to it and there’s so much pride in it.

“We’re just going to go out there and do our best. There is a wee bit of pressure, a lot of people are expecting Scotland to do well, but I’m sure we’ll do the country proud.”

This is an opportunity that Henderson thought would never transpire given Wright and Anderson’s longevity at the top level, although for Thornton, this is by no means uncharted territory.

The two-time major winner has appeared in four World Cups – making two quarter-finals – although having slipped outside the world’s top 64, Thornton’s inclusion comes as a welcome surprise.

“I’m looking forward to it,” declared the former World Grand Prix champion. “I’ve played for Scotland before but this is just an added bonus.

The camaraderie between Henderson and Thornton is evident, with the pair in jovial mood as they speak together to Sky Sports while en route to Heathrow Airport.

The pairs format generally creates a fascinating dynamic and ‘The Highlander’ concedes that he feels more confident playing alongside Thornton than he would with two of the world’s best. 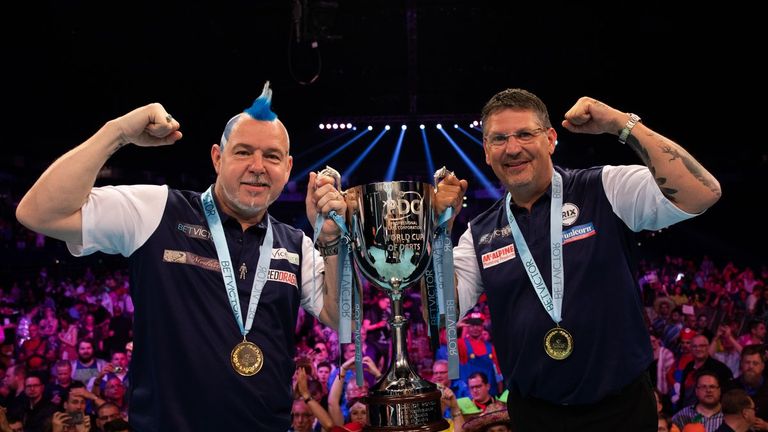 “If I’m being honest I feel a lot more comfortable playing with Robert than I would do with Peter or Gary.

“I think playing with Peter – the world champion – adds a little bit of pressure, but me and Robert are on a level keel, we’ve known each other for years and I think we’ll be comfortable playing together.

“Don’t get me wrong, I would have loved to see Gary and Peter go out there and retain their title because they deserve that chance, and I do understand the reasons for them not doing it, obviously with the current climate.”

Although Henderson is yet to feature in a PDC World Cup, he is no stranger to the pressure of performing for partisan home support, having appeared as a challenger in the last two Premier League campaigns.

The affable 47-year-old received a hero’s welcome in Aberdeen – particularly when he shared the spoils with Michael van Gerwen back in 2019, and he’ll be hoping for similar success this weekend, albeit with no spectators in attendance.

“We’re just going to go out there and enjoy it. This is a free hit. It’s an opportunity we didn’t think was going to come, and it’s given us a chance to try and kickstart our seasons,” added Henderson.

However, they’ve been handed a tough first-round assignment against last year’s semi-finalists Japan, who ironically were beaten by Wright and Anderson at the last-four stage in Hamburg.

They face a potential second-round showdown against the highly-fancied Welsh pairing of Gerwyn Price and Jonny Clayton if they progress past the Japanese duo, with Germany, Republic of Ireland and four-time winners Netherlands also in the same half of the draw.

“There is no such thing as an easy game in the PDC nowadays,” Henderson added. “Japan – we’ve watched them in the last couple of years and they’ve been really dangerous, especially Asada – he’s a really dangerous player, so it’s not going to be easy. 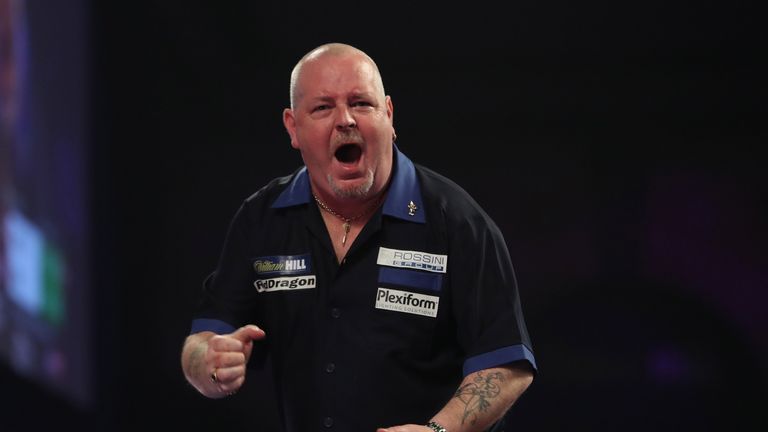 “We’re not there just to make up the numbers. Whoever is going to win it needs to beat us first, so that’s it.”

“Obviously if we get through that, you’re not going to get much tougher than Gerwyn Price and Jonny Clayton. They are two of the top players in the world, and then Ireland or possibly Australia.”

Both men possess plenty of previous when it comes to upsetting the odds. Henderson defeated Michael van Gerwen and Raymond van Barneveld to reach the World Grand Prix semi-finals in 2017 – his best major PDC showing.

Despite this, given Thornton’s return from the darting abyss, combined with Henderson’s underwhelming form since the restart, the uncertainty surrounding Scotland’s chances is perhaps unsurprising.

However, the Scottish stalwarts possess tenacity in abundance and are adamant that they will not relinquish the World Cup title without a fight.

“John and I played pairs a couple of times in the BDO days, so we know how each other plays,” Thornton insisted.

“We’re not there just to make up the numbers. Whoever is going to win it needs to beat us first, so that’s it.”

Don’t miss a dart at this weekend’s World Cup of Darts – the action gets underway from 12pm on Friday on Sky Sports Arena and we will have all six sessions as the new champions are crowned.