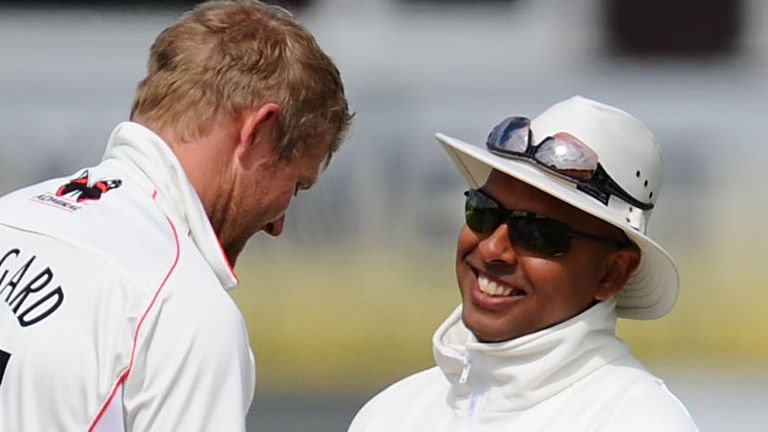 Former Test umpire John Holder and ex-player Ismail Dawood want an inquiry into the lack of match officials from ethnic minorities in the English game.

Holder spent nearly 30 years as a professional umpire before his retirement 11 years ago and since then, no non-white umpires have been elevated to the First Class Umpires Panel.

Dawood played for Northamptonshire, Worcestershire, Glamorgan and Yorkshire before bringing an end to his playing days in 2005 and his career as an umpire failed to materialise after failing to win promotion to the Panel.

A statement released by Stump Out Racism, a grassroots organisation established to counter racism in cricket, alleges “vicious and systematic racism” has met ethnic minority individuals once they make it to positions like the reserve panel and have called for an independent QC-led investigation and an investigation from the Equality and Human Rights Commission.

They say they have no faith in the ECB’s handling of complaints about “institutional racism” and they also claim to have evidence of “deliberate obstruction and interference in handling serious complaints”.

Holder and namesake Vanburn Holder are the only two ethnic minority umpires in the history of the ECB, according to Stump Out Racism.

Holder, who stood in 11 Tests and 19 one-day internationals, said in the statement: “It is now 11 years since my retirement and 10 for Vanburn (Holder) and no other non-white umpires have been added to the Panel, yet many have graced the game.

“My suspicion is that there has been a definite policy of only employing whites for this position. There needs to be a transparent policy related to selecting, training and mentoring umpires, which presently does not exist.”

The allegations come following Azeem Rafiq’s claim of “institutional racism” at his former club Yorkshire, who have opened an inquiry.

Dawood feels he was denied progress because of his background and has demanded change.

He said: “The language I have heard over the years has been horrendous, words such as P**is, C***s, N****s featured from individuals attached to the ECB. Some of this language was used in front of senior ECB managers, which I found extremely disturbing.

“Having worked in different progressive sectors to cricket, I feel the ECB is the last colonial outpost, it is archaic, and any change is mere marketing rhetoric.

“The glass ceiling is incredibly low for BAME individuals, with systematic racism at the heart. I feel I have encountered racial discrimination, dishonesty and misinformation, cronyism, bullying, all which is deep-rooted in the organisation.

“It was an isolating place for a person from a BAME background. Even to the extent that I was denied progress.

“It would be interesting to see what the sponsors make of the institutional racism because they need to take action also to stump out racism. We need change and the ECB needs to take action to bring genuine equality and build a better future.”

Sky Sports News has contacted the ECB for comment.