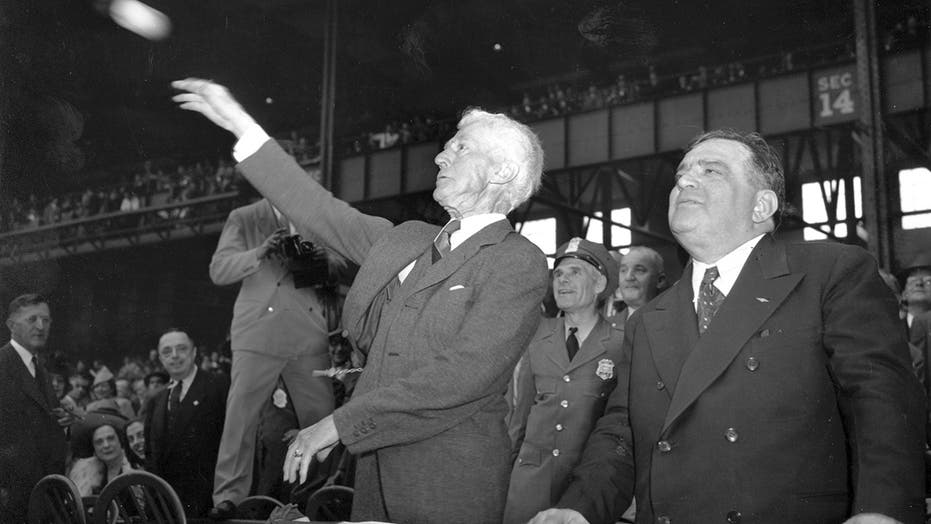 Kennesaw Mountain Landis’ name will be removed from the American and National League MVP trophies after 75 years of being etched on the plaques given to the players voted to be the best in baseball.

The Baseball Writers’ Association of America said Friday the decision came after 89% of its members voted to remove Landis’ name.

“We will no longer will be associated with the Landis name, and the MVP plaques will be nameless in 2020,” BBWAA president Paul Sullivan wrote. “Hopefully when some sense of normalcy returns in 2021 we can have a healthy debate over whether to add a new name or just leave it as the BBWAA MVP award.”

Barry Larkin, who initially said he was uncomfortable with Landis’ name on the plaques, told the Associated Press he was happy with the decision.

“To me, the MVP award should be something that’s all positive,” the 1995 NL MVP winner said. “There shouldn’t be a cloud over it.

“I was always aware of the Landis name and what it meant to slow down the color line in Major League Baseball. I think the MVP honor stands on its own. It doesn’t need a name.”

Reps. Gil Cisneros, D-Calif., and Cedric Richmond, D-La., sent a letter signed by 28 congressional leaders to MLB Commissioner Rob Manfred and the Baseball Writers’ Association of America in August asking for the league and the journalists to reconsider the name on the prestigious awards.

“We recognize that Commissioner Landis’ namesake on the award is the result of his role in creating the system by which the Baseball Writers’ Association of America picks each league’s MVP recipient,” the letter read.

“However, given that Commissioner Landis perpetuated baseball’s ‘Gentlemen’s Agreement,’ to keep Black players out of the major leagues, we agree it is time to remove his name from the award, and move toward a more inclusive award designation.”

Every AL and NL MVP plaque since Landis’ death has carried his name – in letters twice as big as the winner – and an imprint of his face. Landis gave the BBWAA control of picking and presenting the MVPs in 1931. Landis’ name has been on the plaques for 75 years, but it is not pledged to remain there under the BBWAA constitution. A vote by the membership could lead to a redesign by the end of the coronavirus-delayed, 60-game season set to start in three weeks.